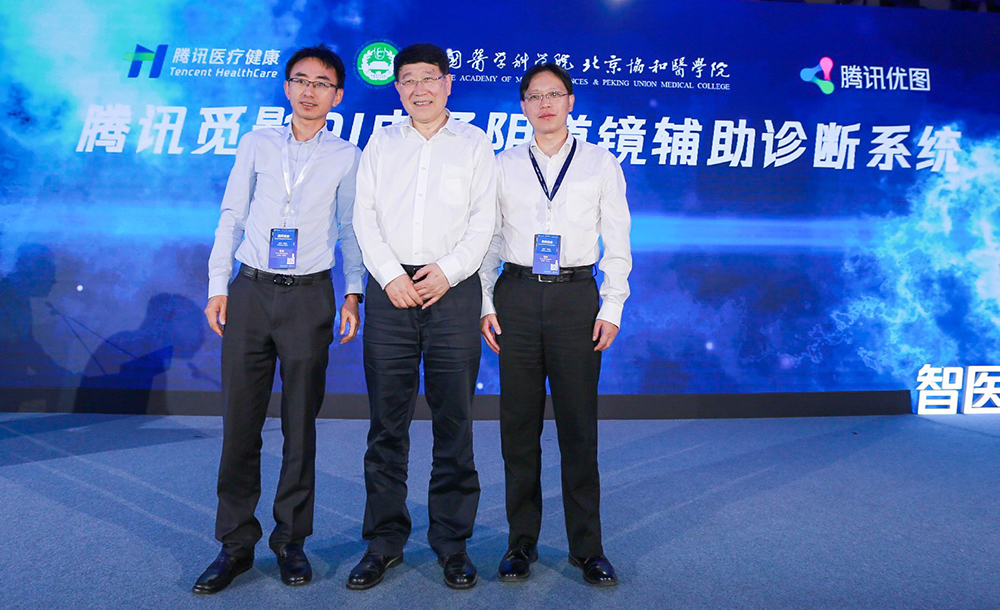 "I DON'T think Tencent will use this (to make) money," opined Professor Youlin Qiao when asked how the Chinese Internet giant plans to commercialise their new artificial-intelligence (AI) powered software to help detect cervical cancer.

Instead, the oncology professor from the Chinese Academy of Medical Sciences (Department of Epidemiology) hopes that the solution will help in the fight against cervical cancer by making detection available to healthcare workers all over the world – including China.

"The big challenge in China (is that) we have huge public health demands,” said Qiao, referring to over 295 million women in the country who need screening, including those in rural areas. “In that level of hospital they don't have the expertise.”

Now, they can use the system developed by him and Tencent to detect cervical cancer by analysing colonoscopies for lesions that are candidates for biopsies.

It has taken the Tencent’s Medical AI group one and a half years to develop this solution, and it faced challenges over and above those encountered by other, more conventional, AI systems.

Another challenge was the quality of images available to be used as a training set.

Normally a training set for an AI system to learn from would have around 10 million images, but the team only had around 1% of that, on the order of tens of thousands of images.

"Diversity of data is also important," said Zheng. "We collect data from many hospitals with various devices from many vendors to make sure the quality of our data is diverse enough to cover all (eventualities)."

Finally, Zheng stressed that the system is there to support doctors and nurses, not supplant them. "We shouldn't make decisions for humans," he insisted.

The benefits are striking. Instead of taking fifteen minutes for a professional to analyse an image, it can now by done in less than ten seconds.

Qiao is also excited about the benefits for those in rural areas, since a nurse can run the image and if any candidates for biopsy are detected, submit it to the expert in a larger city for further action.

Later this June, Professor Qiao is enthusiastic about presenting his findings at a meeting of the WHO Western Pacific Regional Office to discuss the global elimination of cervical cancer.

"The Asian countries, Pacific countries, will come to Manila, the Philippines, and make the decision on how we can help," said QIao. "I am very much looking forward to this part!"