Singtel is Asia-Pacific Telecom Group of the Year; edotco is Telecoms Tower Company of the Year “We are honoured to be recognised by Frost and Sullivan for the third year in a row. This award is a testament to our efforts in ensuring the right sharable infrastructure is constructed and managed efficiently.

“This award is also an acknowledgement of our commitment which goes beyond the telecommunications ecosystem as it recognises our sustainability efforts and our nation building initiatives in the countries in which we are present” said Suresh Sidhu, CEO of edotco Group at the awards ceremony.

Ajay Sunder, vice president for Telecom at Frost & Sullivan said “edotco has demonstrated leadership not only in terms of service delivery but also in areas of sustainability and innovation. In just one year they have successfully commercialised the first bamboo tower which was pioneered in 2017 to go on and deploy eight more.

“This award acknowledges the relentless efforts of the team and recognises the company’s outstanding performance throughout 2017. It reflects their great achievements throughout the year and we hope it inspires them to continue delivering.”

“In 2017, edotco grew its tenancies by 18% and hit our all-time high tenancy ratio of 1.57x. Our acquisition of Tanzanite Towers in Pakistan was also a significant step for us.

“I am excited about the next few months as we continue to drive operational excellence, explore next generation sharing technology and adopt more digital ways of doing business, aimed at bringing more value to our customers” added Suresh.

Singtel won the Asia-Pacific Telecom Group of the Year Award at the annual Frost & Sullivan ICT Awards for the second consecutive year.

The award recognises Singtel’s performance and market leadership in Asia Pacific. It also takes into account factors such as revenues, market share, capabilities, service innovation and adoption of best practices in the industry.

“We are honoured to be recognised by Frost & Sullivan for our business excellence and cloud capabilities,” said Francis Fong, managing director of Enterprise Data & Managed Services, Group Enterprise, at Singtel.

“The awards are a testament to the strength of the Singtel Group as we continue to innovate and deliver leading edge services and solutions for enterprises. The accolades also recognise our efforts to help enterprises digitally transform their businesses by providing companies comprehensive cloud services that will help them operate seamlessly in the new economy.”

Having embarked on its own digital transformation six years ago, Singtel is now better positioned to help other companies starting on their own transformations.

Singtel launched the FutureNow Innovation Centre, a platform that combines the Group’s experience and expertise with emerging technologies to help companies reimagine their future, test innovative concepts and unlock new growth opportunities that will help them compete in the new economy.

“We conferred Singtel these highly-coveted awards due to its strong commitment to innovation and digital transformation,” said Ajay.

edotco to boost connectivity in Kedah with new towers 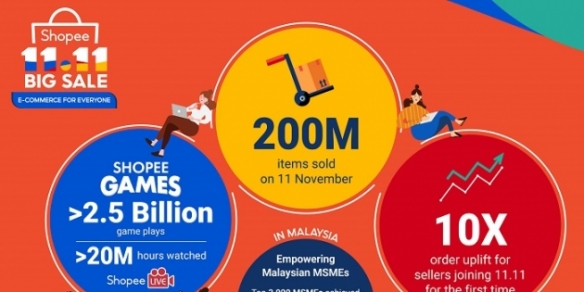