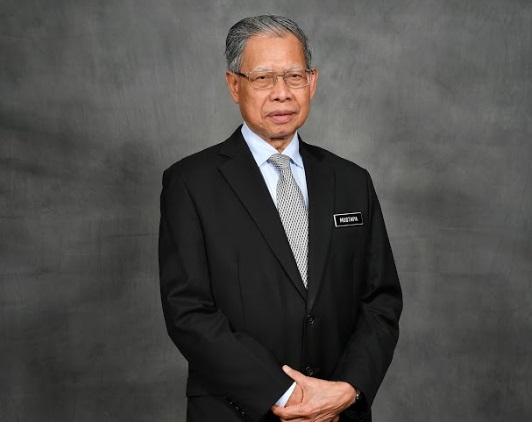 Minister in the Prime Minister’s Office in charge of Economy, Mustapa Mohamed (pic), issued a press release yesterday detailing the outcomes of a meeting between the Federal and State Governments on MyDigital, the blueprint of the National Digital Economy.

Mustapa chaired the meeting which was between the Strategic Change Management Office, the unit established to drive the execution of MyDigital. Fabian Bigar was appointed the CEO of this unit which sits under the Economic Planning Unit of the Prime Minister’s Department.

Launched on Feb 19, MyDigital is Malaysia’s technology driven economic plan to strengthen the competitiveness of the country, its companies and its citizens.

“A key decision made, was the creation of a platform that translates the national MyDigital initiatives through the respective state Strategic and Digital Plans to ensure synergy and align outcomes,” said Mustapa.

All the State Government Secretaries and State Economic Planning Units participated in the meeting, which was a follow up to a similar meeting held on 2 April 2021.

on 22nd April was shared with the states while Sarawak, Perlis and Malacca gave an update on the digital initiatives executed at their respective state level.

Mustapa, while recognizing that much progress has been made by the states in the execution of their digital initiatives, also noted the different levels of progress at state level. Aiming to close this gap between the states, an achievement index will be developed by the EPU to monitor digital implementation at state level to allow for targeted intervention to narrow any gaps.

Mustapa said meetings will be held every three months. “This is to ensure every state is able to execute the digital agenda effectively, to align their actions to be consistent with MyDigital and to also close the gaps between the states to ensure Malaysia remains a competitive destination for investments.”

Communications as the third utility besides water and electricity

The three key takeaways were:

Kuala Lumpur (1,888), Seremban (1,581) and Klang (1,428). These complaints include, no coverage and poor internet quality. MCMC takes these complaints seriously and has directed the telco companies to resolve the complaints.