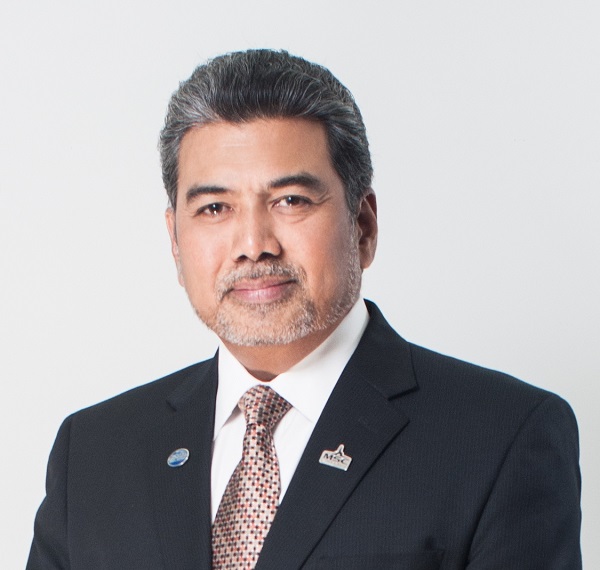 MULTIMEDIA Development Corporation (MDeC) chief executive officer Badlisham Ghazali (pic) has resigned and will be taking over as managing director of Malaysia Airports Holdings Bhd (MAHB), which has been facing public scrutiny over the escalating costs and delayed opening of the Kuala Lumpur International Airport 2 (klia2).

The contract of current MAHB managing director Bashir Ahmad Abdul Majid, who has been heading the company since 2003, expires tomorrow (June 6). The company has issued a statement to Bursa Malaysia.

In its statement to Bursa Malaysia, MAHB said that Bashir’s “stewardship underpinned the implementation of the six strategic pillars that transformed the company to what it is today. These include the review of the organisational structure; inculcating the culture of high performance; effective stakeholder management; staff wellbeing and engagement; corporate governance; and adapting to industry changes.”

At the request of the board of director, Bashir has agreed to stay as an advisor to the company, MAHB added.

Badlisham is also a director on the boards of Cyberview Sdn Bhd, MaGIC Sdn Bhd, and Pinewood Iskandar Malaysia Studios Sdn Bhd; and is a member of the Board of Trustee for MyKasih Foundation.

He was previously the managing director and general manager of Enterprise Services at Hewlett-Packard Sales (M) Sdn Bhd.

MAHB, which manages nearly all airports in Malaysia, has 10 subsidiaries under it. It is 40.2% owned by Khazanah Nasional Bhd, the Malaysian Government’s investment arm which operates under the Ministry of Finance.

According to sources close to MDeC, Badlisham had first informed his senior management team and heads of department at 9am today, before addressing employees at a town hall meeting at 1pm. It is believed that he will take over the MAHB managing director role on June 23.

It is also believed that MDeC chief operating officer Ng Wan Peng will take the helm as acting CEO until a successor can be found.

As government-linked companies (GLCs), senior executive appointments at MDeC and MAHB are made by the Malaysian Government or must meet its approval at least.

The news of Badlisham’s resignation came as no surprise, with speculation mounting over the last couple of months. In April, financial publication The Edge broke the story, saying that an official announcement would only be made in early June, pending the endorsement of Prime Minister Najib Razak, who is also the Minister of Finance.

According to The Edge, Bashir has been blamed for the delay in klia2’s construction and the cost ballooning from RM2 billion to RM4 billion. The new airport terminal opened earlier this year amidst even more controversy, with AirAsia at first refusing to move in, citing safety issues.

Badlisham, a Digital News Asia (DNA) Digerati50, is seen by some as a ‘clean-up man,’ having taken over MDeC in 2006 when the agency was facing similar albeit less intensive criticism.

Badlisham, a Hewlett-Packard veteran, is largely credited for having turned around the agency, and giving it a new lease of life as lead agency for the Malaysian Government’s Digital Malaysia programme, which seeks to transform the nation into a ‘digital economy.’

“My biggest challenge was understanding government protocol and norms in meetings, decision-making, correspondence, follow-ups, and so on,” Badlisham told DNA, about his early days at MDeC.

“I think I brought in a perspective of focusing on the outputs and outcomes for the end-customer and a culture of performance – doing things right and focusing on doing the right things,” he said when asked what he brought to the table from his private sector days.

Since its launch in July 2012, the eight projects under Digital Malaysia have cumulatively contributed RM288 million (US$87.7 million) in GNI (gross national income) and seen the creation of 3,335 high value jobs.

The Board of MAHB is pleased to announce the appointment of Y. Bhg. Datuk Badlisham bin Ghazali as the Managing Director with effect from 23 June 2014.

Tan Sri Bashir, last year, indicated his wish to make way for a successor as he would have completed 11 years of services as the Managing Director of MAHB. The Board of MAHB wishes to extend its heartfelt gratitude to Tan Sri Bashir whose leadership had achieved stellar performances for the Company.

Tan Sri Bashir’s stewardship underpinned the implementation of the six strategic pillars that transformed the Company to what it is today. These include the review of the organisational structure; inculcating the culture of high performance; effective stakeholder management; staff wellbeing and engagement; corporate governance; and adapting to industry changes.

All these, together with the restructuring exercise in 2009 had enabled Malaysia Airports to become financially strong with an AAA RAM rating. Yearly profits have benefitted shareholders with good dividend payments as well as staff through increase of bonus payments over the years. Tan Sri Bashir had also been instrumental in leading the team towards the completion and successful opening of klia2.

At the request of the Board, Tan Sri Bashir has agreed to stay on as Advisor, as his experience and knowledge of the industry continues to be valuable to the company.

In the interim, the duties of the Managing Director will be covered by the Executive Committee (ExCo), under the supervision of the Board.

He was a member of the Ministry of Education's Cluster School Advisory Board. He is co-chair with Y.Bhg Tan Sri KSN on the Flagship Coordination Committee (FCC) and co-chair of the Ministry of Education Smart School Program. Datuk Badlisham is a Director on the Boards of Cyberview Sdn Bhd, MaGIC Sdn Bhd, and Pinewood Iskandar Malaysia Studios Sdn Bhd. He is a member of the Board of Trustee for MyKasih Foundation. Datuk Badlisham was previously the Managing Director and General Manager Enterprise Services at Hewlett-Packard Sales (M) Sdn Bhd.

About Malaysia Airports
Malaysia Airports manages and operates 39 airports in Malaysia: 5 international, 16 domestic and 18 Short Take-Off and Landing Ports (STOL Ports). It also has operations in India and Turkey. On November 30, 1999, Malaysia Airports became the first airport company to be listed in Asia.

KL International Airport (KLIA), its flagship airport was thrice voted as the Best Airport (15-25 million passengers per annum) in the 2005 AETRA awards, 2006 ACI-ASQ awards and 2007 ACI-ASQ awards while the Low Cost Carrier Terminal (LCCT-KLIA) was named CAPA Low Cost Airport of the Year at the CAPA Aviation Awards for Excellence 2006. KLIA has also taken a big stride in the realisation of becoming a global integrated hub by launching the Next Generation Hub concept, an initiative aiming to position the ultra-modern airport as a complete hub for all.