The £3-million (US$4.9-million) Digital Autopsy Facility at Sheffield’s Medico-Legal Centre, the first of a nationwide network that will eventually involve an investment of £50 million (US$80.9 million) over the next two years, will be operated by Sheffield City Council on completion in November, iGene said in a statement.

The launch was held on the first day of the World Islamic Economic Forum (WIEF) in London, and witnessed by Malaysian Prime Minister Najib Razak.

Construction of and equipping the centre is being funded by iGene London Limited, the UK subsidiary of iGene Sdn Bhd, which will also train and support the pathology team in Sheffield and recruit at least 14 other highly-skilled support staff.

Digital Autopsy involves a three-dimensional scan of the body using a CT scanner. iGene said its visualisation software enables the pathologist to conduct a full, non-invasive digital post mortem, with the results being available shortly after. Approximately 550,000 deaths are recorded in England and Wales each year alone, of which more than 200,000 require a post-mortem, the company added.

“This is the first such network anywhere in the world, a testament to the innovative thought-leadership of the UK Government and forward-thinking cities like Sheffield and others across the country, with whom we are working,” said iGene chief executive officer Matt Chandran (pic).

“Digital Autopsy is more than just a technological innovation; we believe it represents a tremendous humanitarian step forward in establishing the cause of unnatural death, in a humane manner,” he added.

Peter Vanezis, consultant forensic pathologist to the Home Office and chief medical officer for iGene in the UK, stressed that the introduction of this new technology would be progressive.

“Only Coroners can order a digital autopsy and their partnership with us is of paramount importance. As chief medical officer, I will continue to work closely with local authority coroners, with whom I have had long relationships over the years, to understand their needs and see how Digital Autopsy can be used to complement and eventually avoid a traditional, invasive post mortem

“I am also setting up a steering committee of 10 to 14 experts to assist me in this work, including pathologists, radiologists, radiographers and physicists – people from both the medical and scientific disciplines.

“This steering committee will ensure quality assurance and strengthen the links between the new technology and existing ones,” said Vanezis.

iGene received an RM5.42 million research and development grant in 2005 from the Techno Fund run by the Ministry of Science, Technology and Innovation, while the Malaysian Government, via its agency Malaysia Venture Capital Management Bhd or Mavcap, invested RM7.5 million in the company in 2007.

Earlier this year, another government agency Agensi Inovasi Malaysia (AIM) made an RM70 million (US$22.7 million) investment, perhaps the single largest venture capital investment made into a Malaysian tech company.

Malaysia’s Minister of International Trade and Industry Mustapa Mohamed said, “I am proud of iGene's achievement, which is [being] showcased at the 9th WIEF.

“Indeed, this made-in-Malaysia technology is a milestone for innovation in Malaysia … the United Kingdom’s adoption of iGene's services is a testament to the capability of Malaysian companies to offer world-class technology-driven services," he added. 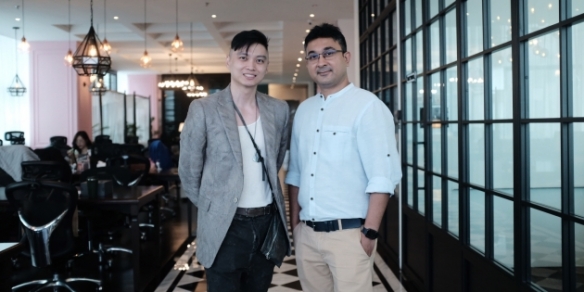