The workshop was aimed at empowering participants through an increase in knowledge and understanding of the key elements for the development of Malaysia's digital economy.

The Malaysian senior officials represented nineteen Ministries and Agencies that have direct involvement in the policy making of Malaysia's national digital economy and e-commerce industry, namely:

The workshop was conducted pursuant to the official visit by the Prime Minister of Malaysia Dr Mahathir Mohamad to China in August last year, where he and Jack Ma, founder of Alibaba Group had agreed to cooperate on capacity building programmes in the areas of digital economy and e-commerce.

Speaking at the opening ceremony of the workshop, Leiking thanked Alibaba Group for organising the New Economy workshop which marks a key milestone in the 45th anniversary of diplomatic relations between Malaysia and China.

The workshop elevates the level of cooperation between the two countries, including via public-private engagements, namely with the Alibaba Group, given the latter’s pioneering experience in the global e-commerce sector.

“This programme also signifies another important milestone in the Government’s commitment to drive the country’s digital economy agenda through capacity-building programmes for Malaysian senior officials who are responsible for formulating and implementing policies and programmes in digital-economy related fields, in particular e-commerce,” said Leiking.

He further added, “The workshop encourages senior officials to be sensitised to digital economic friendly elements in formulating and implementing of policies, initiatives and programs at the national level. The participants are expected to become trainers in their Ministries and agencies, which in return enhances the human capital development in the area of digital economy.

Ma said, “The digital economy provides a level playing field to economies in Asia. It is also poised to be a huge growth driver for developing economies. We hope more small businesses and young people will embrace the digital economy and achieve the success they deserve.”

According to Surina, "Alibaba’s ecosystem has enabled millions of people to participate in the global economy through the use of technology. Hence, it is important for Malaysia, in our efforts in driving the country’s digital economy, to move up the learning curve rapidly, by using the Alibaba experience as our guide."

The Digital Free Trade Zone (DFTZ) Pilot Project, which went live in November 2017, under Alibaba’s Electronic World Trade Platform (eWTP) initiative, has institutionalised some of the trade facilitation measures undertaken by the Government.

A growing number of Malaysian companies have started to export via the DFTZ, and this will increase as industry players understand the value of participating in this initiative.

Following on from this workshop, the Alibaba Business School, in partnership with MDEC, Matrade and SME Corp Malaysia will organise a programme called “Alibaba Netpreneur Training Malaysia Programme”, aimed at providing local Malaysian entrepreneurs and business leaders with opportunities to harness digital technology, in order to transform their businesses and the local economy. 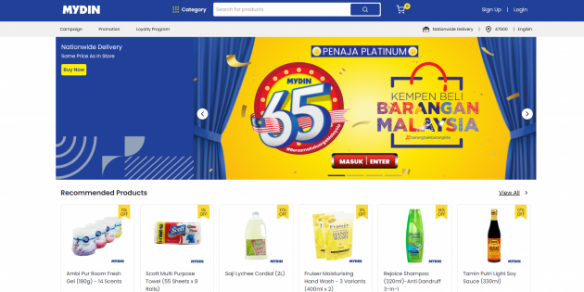