THE majority of senior business leaders in Malaysia who responded to a survey on innovation gave a resounding thumbs-up to the Malaysian Government’s various programs to inculcate innovativeness, in stark contrast to their counterparts overseas.

In the GE Global Innovation Barometer, 65% of Malaysian business executives report that Malaysia has an environment strongly conducive to innovation – behind only India, Singapore, Israel and the United Arab Emirates – while only 29% of executives from the other countries in the survey thought so well of Malaysia (click charts at the bottom to enlarge).

GE Asean chief executive officer Stuart Dean (pic) attributed this difference to Malaysia not marketing itself properly on all it has done, to the business community in other countries. “More has to be done here,” he said at a Feb 4 briefing for local media in Kuala Lumpur.

He noted that the Government has identified innovation as a key factor to drive the Economic Transformation Program (ETP), which aims to transform the country into a high-income economy. “Many of the Entry Point Projects (EPPs) under the ETP are indeed very innovative,” he added.

The GE Global Innovation Barometer was commissioned to explore how business leaders around the world view drivers and barriers to innovation and how those perceptions influence strategy.

The survey, commissioned by GE and conducted by StrategyOne, polled 3,000 senior business executives across 25 countries, including Malaysia, Indonesia and Vietnam. All the executives, from a similar variety of industries, were actively involved in their organizations’ innovation strategies.

“It is very clear that most (85%) Malaysian executives feel that innovation is very important to their businesses, and they also recognize the key factors needed to drive innovation, such as collaboration,” Dean said.

The Malaysian average is slightly lower than the global average of 91% who feel that innovation is a strategic priority for their company.

These Malaysian executives felt that the types of innovation that would drive their business include:

Also, 65% of Malaysian respondents mention the development of new business models as a promising way to boost future performance, higher than the global average of 52%.

“One possible reason for this is the enormous success of the AirAsia business model in transforming the regional aviation landscape,” said Dean. “There’s nothing like a local best practice to lead the way.” Malaysian business executives had good marks for the Malaysian Government’s support and programs for innovation (click table to enlarge).

“Here, high marks and commendations must be given to bodies like Agensi Inovasi Malaysia (AIM) and its CEO Mark Rozario, who have been doing a tremendous job to drive the innovation agenda,” said Dean.

The respondents also felt that Malaysian society is more accepting of taking risks as part of the innovation process; is more supportive of innovation; and that there is a stronger appetite for innovation among younger generation than the global average.

These executives also said there was a need for a stronger entrepreneurial culture in the education system, and less bureaucracy and red tape.

The Malaysian executives also identified similar factors that drive innovation as their global counterparts, among them being collaboration.

“One of the things that GE has learned over the last 25 years is that many factors are involved in innovation, and one of it is that we cannot go it alone – either as GE or in the United States,” said Dean.

“Innovation is truly a global phenomenon, and you need to be able to work with others,” he said on the need for collaboration.

The reasons they cite for collaborative innovation include the ability to enter new markets (77%); scale up (75%, above the global average); and access new technology (74%).

“All in all, I have to say that Malaysian is well on its way towards becoming an innovation-driven economy, but is not there just yet,” said Dean.

An Environment Conducive to Innovation: 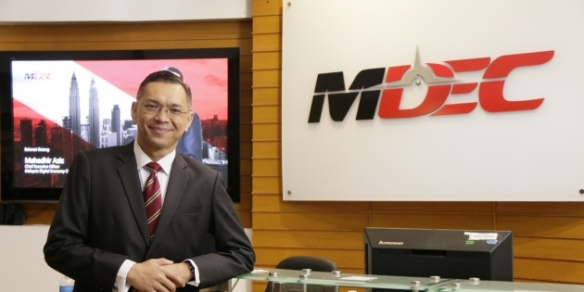