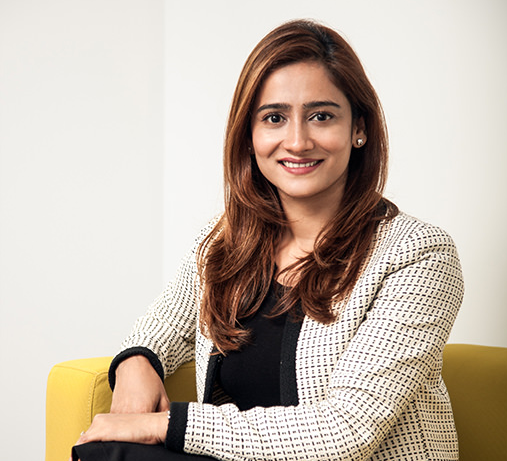 It has taken four months but the Malaysian Ministry of Entrepreneur Development (MED) has finally picked Dzuleira Abu Bakar (pic) who was running Cradle Seed Ventures (CSV) for the past 2 ½ years, as CEO of Malaysian Global Innovation and Creativity Centre (MaGIC), replacing Ashran Ghazi who left in early December 2018. Dzuleira starts in her new role today.

And while the ecosystem was wondering why it was taking MED so long to bring in a new CEO, the choice of Dzuleira has been welcomed. According to an ecosystem leader, “she is a good choice for the role. Learning from Mavcap’s and CSV’s dealflow and industry relationships, I’m sure she has the experience to differentiate between ‘valuable’ and ‘investible’ ventures.”

The choice of a VC as its CEO does throw up the possibility that MaGIC, which is not a funding agency, could infact add funding to its already established and well received entrepreneur development programmes.

However, such a move could duplicate funding efforts by other established agencies and this is a situation that the current government has said it will not allow to happen.

Meanwhile, an entrepreneur says that, depending on MaGIC’s position in the value chain and its roadmap, “Dzuleira will have to expand her team’s skillset to further develop early stage companies and key sectors. I hope the right people and inter-agency collaborations will be forthcoming to make it happen,” says the entrepreneur.

Known among her peers as a no-nonsense leader, an ecosystem observer believes Dzuleira’s immediate focus will be to position MaGIC as a key driver for national entrepreneurship via the MED while working closely with agencies such as MIGHT, MDEC, MCMC, MARii (Malaysia Automotive Robotics and IoT Institute) and MIMOS.

Meanwhile a former executive with MaGIC opines that, “Dzuleira will need to rejuvenate MaGIC and its staff, which has been losing good people due to lack of strong leadership and strengthen core MaGIC programmes such as the accelerator programmes.”

The former staffer also feels that Dzuleira will have to drive the social enterprise agenda which has not been gaining traction in the last few years, but which has been prioritised by MED.

A seasoned venture capitalist and private equity executive with 15 years experience, Dzuleira comes into MaGIC after stints at CSV and Malaysia Venture Capital Management Berhad (Mavcap), where she was responsible for identifying and investing in high growth technology and digital companies. She was also in charge of structuring VC funds, along with managing strategic partnerships, investor relations, and corporate/ government relations.

Her other attachments include Usaha Tegas Group, where she managed the group’s fund of funds and Private Equity business as well as Khazanah Nasional, where as part of the Hasanah Foundation she worked on institutionalizing non-profit institutions and supporting social enterprises.

Dzuleira joins an agency that at one point seemed certain to be shut down with no ministry for it to come under after it was buffeted by uncertainty following the election of a new government in May 2018 in Malaysia.

MaGIC particularly suffered after being closely linked to former Prime Minister Najib Razak, who launched it to great fanfare in 2014 and with its chairman being Mohd Irwan Serigar, the former chief secretary of the treasury. Najib is in court facing three counts each of criminal breach of trust and money laundering amounting to US$10.2 million (RM42 million) while Irwan has been charged, along with Najib, with six counts of criminal breach of trust involving US$1.6 billion (RM6.6 billion) of government funds.

But after finally finding a home with MED in late 2018, MaGIC has quickly cemented its place as a key agency of MED with the ministry tasking it with many responsibilities around entrepreneur development and social enterprises.

No doubt Dzuleira will have to re-energise her team and drive MaGIC to greater heights while working with other ecosystem players to plug some persistent weaknesses in the ecosystem. Specifically, these would be the weak mentorship culture as flagged by the World Bank Group in its 2018 Malaysia Digital Economy report and well as the failure of professional networks in Malaysia to meet the needs of digital entrepreneurs, especially from disadvantaged backgrounds, adds the World Bank.

Meanwhile one key MaGIC initiative that needs to be pushed further is its CER Circle and MaGIC Activate, under the MaGIC Corporate Entrepreneurship Responsibility (CER) platform, a national initiative to facilitate greater corporate and private sector involvement in entrepreneurship development across Malaysia. The program, driven by former CEO Ashran, strives to close one of the gaps in the Malaysian ecosystem - the weak corporate involvement with startups.

“She will have her hands full for sure,” notes a senior executive with a GLC. “But that is why she has taken on the role. She gets to move the needle for the ecosystem and the country.”