As he shared in his remarks on Fri in Kuala Lumpur, to a packed auditorium attending the launch of the Health Technology Hubs, introduced to complement and strengthen the value proposition of the NTIS, “The idea for the NTIS was very simple. Create an environment where technology and solutions can be test-bedded, iterated and funded in an environment where regulatory approvals are less stringent for products to get quickly to market where they could be further funded (by the private sector).”

The five hospitals are – Putrajaya Hospital and National Cancer Institute; Tunku Hospital Azizah, the Women's and Children's Hospital in Kuala Lumpur, Bera Hospital in Pahang and Hospital Besar Rembau in Negeri Sembilan. There were originally four hospitals but Khairy added the Rembau hospital during his announcement. “Because I hear the Rembau MP (Member of Parliament) is quite a reliable guy,” he quipped. Khairy has been the MP for Rembau since 2008.

Khairy highlighted long standing regulations such as Poisons Act 1952, the Telemedicine Act 1997, the Medicines Act (Advertisement and Sales) 1956 and regulatory body the Medical Devices Authority (MDA) and said, “These legislations and institutions must not stand in the way or innovation but facilitate through the sandbox.”

Declaring that the ministry is onboard, he added, “I have asked KKM (Ministry of Health) to provide full support to NTIS so that something which has not yet officially registered or gone through all the hoops of regulatory compliance can be deployed in a controlled environment in our hospitals.”

The three urban hospitals were selected based on their technology infrastructure readiness, skilled human resources, and capability to integrate with current technologies such as internet and 5G, hardware while Bera is a new hospital in a rural city with a population of around 105,000.

All five sites will be used for the testing of robotics, the internet of medical things (IoMT), while leveraging 4G/5G facilities with both ministers expressing the hope that the end outcome is more efficient and higher quality healthcare delivery for Malaysians.

The announcement has been greeted with guarded optimism by health tech founders, some of whom are quite frustrated with the slow pace the Ministry of Health has been moving to support innovation via updating outdated regulations consistent with the digital innovations happening in healthcare.

“It’s heartening to see both MOSTI & MOH Ministers serious in coming together for Health Tech Hubs and hence with the right kind of support in skills, funding and political patronage, we’re off to a good start,” notes one leading health tech founder.

- rising demand due to escalation of chronic conditions

- highly skilled and abundance of doctors and medical professionals

But he cautions, “If we miss this, we again will miss another golden opportunity.”

Others are more optimistic. “As the first company in Malaysia being given the green light by MOH to issue electronic prescriptions, DOC2US applauds the Government's announcement of the health technology hubs to spearhead the adoption of innovative technologies to strengthen the public health service sector further,” said Dr Raymond Choy, founder and CEO of DOC2US.

To be sure, there is still work to be done - processes to be changed, buy-in from doctors and support staff and state health departments – to sell the value of the five hospitals being part of the Health Technology Hubs.

Here Khairy has a message to the medical directors of the five chosen hospitals. While there will be more work for them in accommodating the NTIS companies, they will also be the first to work with innovative solutions that will benefit their patients and hospital staff delivering the care.

“They will be the first to deploy these solutions in an experimental setting but also, later, they will be the natural candidates to adopt these technologies first.”

“Having proven they have the right regulatory structure with hospital directors and doctors who think innovatively and are used to working with new technology will be an attraction to these companies who will want to work with them.” While it is unusual for a Minister to reach out to another ministry to collaborate - they all busy trying to meet their own KPIs, the fact that Khairy feels some ownership of the NTIS, coupled with the close relationship he has with Dr Adham Baba, the current Mosti minister with whom Khairy swapped portfolios, is what made the introduction of the Health Technology Hubs possible.

Adham referred to Khairy as “my good friend” and Khairy credits Adham for his leadership in executing the NTIS.

Taking that execution to the next level is where the Health Technology Hubs come in.

As Khairy acknowledges, “I know the big frustration of startups and tech companies in Malaysia is around testing and iterating their products and solutions due to regulatory barriers.” The NTIS was launched specifically to tackle this pain point but it was not complete as post the sandbox, companies will be eager to further validate their solution in a live environment. Which is why Khairy says he is “so very happy” to introduce the Health Technology Hubs.

“Our vision is to transform lives by providing affordable, inclusive and sustainable medical and healthcare innovation,” said Adham with Khairy adding, that the introduction of the Health Technology Hubs is part of vision of MOH to transition from sick care to healthcare and wellness.

“For too long we have spent too much money on sick care. We want to keep people healthy,  make sure they are not sick. We are going to move to preventive and promotive healthcare. Technology helps in this.”

Missing piece – EMR system about to be started, role of MySejahtera

But the NTIS and Health Technology Hubs are not the be all and end all. As Khairy noted, the missing piece in our public healthcare system is Electronic Medical Records (EMR). Without this, all the solutions we deploy will not make sense.”

The good news here is that the MOH has received proposals for an EMS tender it issued and is about to decide on the winning bid which will see a rollout for all public hospitals and clinics starting in the state of Negri Sembilan, said Khairy who also touched on the role the much maligned MySejahtera app will play as well.

With the MOH transitioning MySejahtera from a Covid tracking app to a public health app, the government has added the option for users to keep “a light version of your EMR that you can share,” says Khairy.  “The data is owned by you and you decide who you want to share it with,” he stressed.

Khairy intends for the EMS project to be the catalyst for MOH to move from paper heavy to paperless hospitals and for the EMS to be the window into the lifetime health record of Malaysians.

“It won’t be an easy journey,” he acknowledges, “I think there are bright days ahead for medical innovation and tech in Malaysia. The whole idea is to facilitate the development and scaling of Malaysian health startups into global companies. 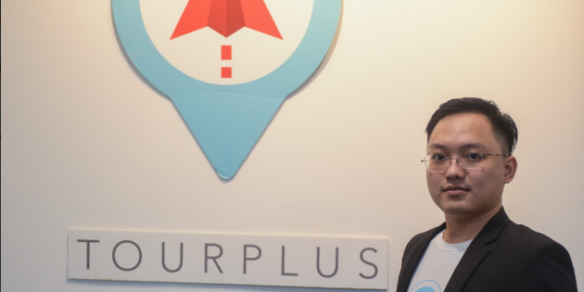