MALAYSIA’S digital economy is on track for growth in 2017 due to the rise in consumer confidence with mobile-based online shopping platforms and the proliferation of new virtual payment options, based on statistics shared by leading regional online payment gateway provider, iPay88 Sdn Bhd.

To date, iPay88 recorded 38.2 million online transactions via its payment gateway systems which are up significantly from 14.6 million in 2015. iPay88 claims that it represents over 70% of Malaysia’s entire online payments system transactions.

This shows that Malaysian consumers have adapted to using e-payments as the number of transactions grew positively almost every month in 2016 according to iPay 88’s executive director and co-founder Chan Kok Long, a DNA Digerati50, during a media briefing in Kuala Lumpur on the company’s performance for 2016 and outlook for 2017.

In January 2016, monthly transactions numbered at 2.5 million and by the end of the year, it had grown to 4.3 million, almost doubling.

[ Corrected: It was earlier incorrectly cited as 2015.]

“Despite the challenging economic conditions last year people were turning towards e-commerce because of cost savings and convenience. People want to make informed purchases and e-commerce allows them to make comparisons and spend wisely,” said Chan.

iPay88’s data also suggests that Malaysians are more comfortable making transactions over their mobiles instead of their desktops, as the number of mobile transactions doubled month-on-month in 2016 compared to the same period in 2015.

This points to the fact that mobile commerce growth in 2016 has outpaced both e-commerce and brick-and-mortar sales.

“Savvy retailers are moving to leverage on the m-commerce space and this trend is foreseen to continue in 2017,” Chan says.

iPay88 expects that in 2017, mobile application-based visits will finally surpass mobile web visits. Desktop visits will also see a decline – all the more indicating that a mobile first strategy is crucial for businesses.

Surprisingly, credit cards were not the most preferred method of payment when it comes to e-commerce and online shopping, that title goes to online banking where transactions have doubled in just a year with a recorded total of 11.5 million transactions in 2016 compared to 5.8 million in 2015.

iPay88 foresees that online banking will continue to the preferred method of payment for e-commerce purchases in 2017 as consumers have become more wary about spending on credit, especially as the economic outlook is uncertain.

Chan also believes that the market may potentially shift from using physical credit cards to using virtual payments as an alternative.

“Rather than a fixed number that can be re-used for multiple transactions, a virtual payment uses a one-time number and this protects shoppers from fraud. This also makes recurring payments easier and safer as actual payment details are never exposed,” he explains.

“Although the size of Southeast Asia’s (SEA) Internet users and digital buyers are comparable to Japan, it still remains less than one percent of the global e-commerce volume. This shows that there is still a huge opportunity for SEA markets to demonstrate accelerated growth,” he said.

“We are confident that there will be continuous growth in e-commerce as a growing services sub-sector in Malaysia in 2017.” 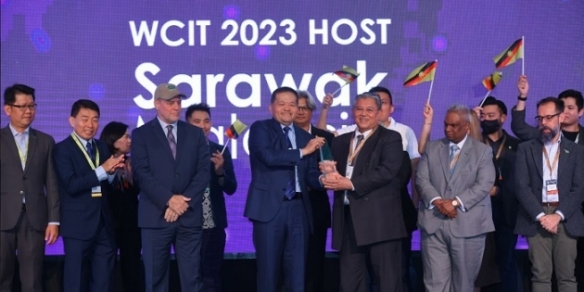