ACCORDING to the Cisco Visual Networking Index Global Forecast and Service Adoption for 2013 to 2018, global Internet Protocol (IP) traffic will increase nearly threefold over this five-year period due to more Internet users and devices, faster broadband speeds and more video viewing.

Global IP traffic for fixed and mobile connections is expected to reach an annual run rate of 1.6 zettabytes – more than one and a half trillion gigabytes per year by 2018, Cisco said in a statement.

A zettabyte is equal to 1,000 exabytes and precedes the yottabyte unit of measurement, the company noted.

The projected annual IP traffic for 2018 will be greater than all IP traffic that has been generated globally from 1984 to 2013 (1.3 zettabytes), Cisco said.

The composition of IP traffic will shift dramatically in the coming few years. During the forecast period, the majority of traffic will originate from devices other than personal computers (PCs) for the first time in the history of the Internet.

The Internet of Everything is also gaining momentum and by 2018 there will be nearly as many machine-to-machine (M2M) connections as there are people on earth, Cisco said. Smart cars will have nearly four M2M modules per car.

“Today, we are firmly in the ‘Zettabyte Era' and witnessing incredible innovations and shifts in the industry. The reality of the Internet of Everything (IoE), the increasing demand for network mobility, and the emergence of 4K video are among the key trends highlighted in this year's forecast that represent significant opportunities for service providers today and in the immediate future.” With the FIFA World Cup 2014 that began on June 12, millions of people are expected to view games and/ or highlights via the Internet.

Video streaming and IP broadcast of the World Cup is anticipated to generate 4.3 exabytes of IP traffic, which is three times the amount of monthly IP traffic currently generated by Brazil (this year's World Cup host).

In addition, Internet traffic generated by the 60,000 people in a stadium and travelling to games is forecasted to surpass the ‘busy-hour’ traffic from all 94 million smartphone subscribers in Brazil. [The ‘busy-hour’ is a 60-minute period with the maximum total traffic load in a given 24-hour period.]

Global IP traffic is expected to reach 132 exabytes per month by 2018, which is the equivalent to: 8.8 billion screens streaming the FIFA World Cup final game in Ultra-HD/ 4K at the same time; 5.5 billion people binge-watching Game of Thrones Season 4 via video-on-demand in HD (high definition) or 1.5 billion watching in Ultra-HD/4K; 4.5 trillion YouTube clips; and 940 quadrillion text messages.

Mobile and portable devices other than PCs will drive the majority of traffic by 2018. In 2013, 33% of IP traffic originated with non-PC devices. By 2018 however, the non-PC share of IP traffic will grow to 57%.

PC-originated traffic will grow at a 10% compound annual growth rate (CAGR), while other devices/ connections will have higher traffic growth rates over the forecast period including TVs (18%), tablets (74%), smartphones (64%) and M2M connections (84%).

By 2018, there will be nearly 21 billion global network connections (fixed/ mobile personal devices, M2M connections, etc.), up from about 12.4 billion connections in 2013.

There will be 7.3 billion M2M connections globally, or nearly one M2M connection per capita, based on a 7.6 billon population by 2018.

There will be 10 billion IPv6-capable (Internet Protocol version 6) fixed and mobile devices in 2018, up from two billion in 2013.

The majority of broadband connections, estimated at 55%, will be faster than 10 Mbps by 2018. Average broadband speeds in Japan and South Korea will approach 100 Mbps by 2018.

Mobile location-based services will be the fastest growing consumer mobile service with a CAGR of 36% from 2013 to 2018, growing from 236 million users in 2013 to more than one billion users by 2018.

Desktop and personal videoconferencing will be the fastest growing business Internet service with a CAGR of 45% from 2013 to 2018, growing from 37 million users in 2013 to 238 million users by 2018.

Next Page: The view from Asia Pacific, and implications for service providers 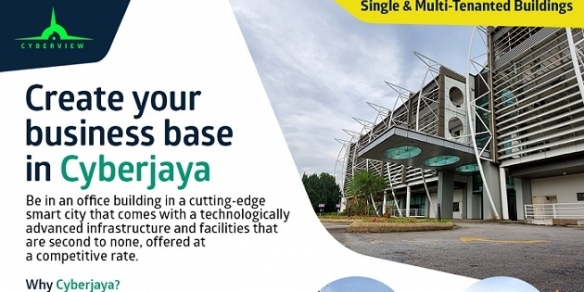