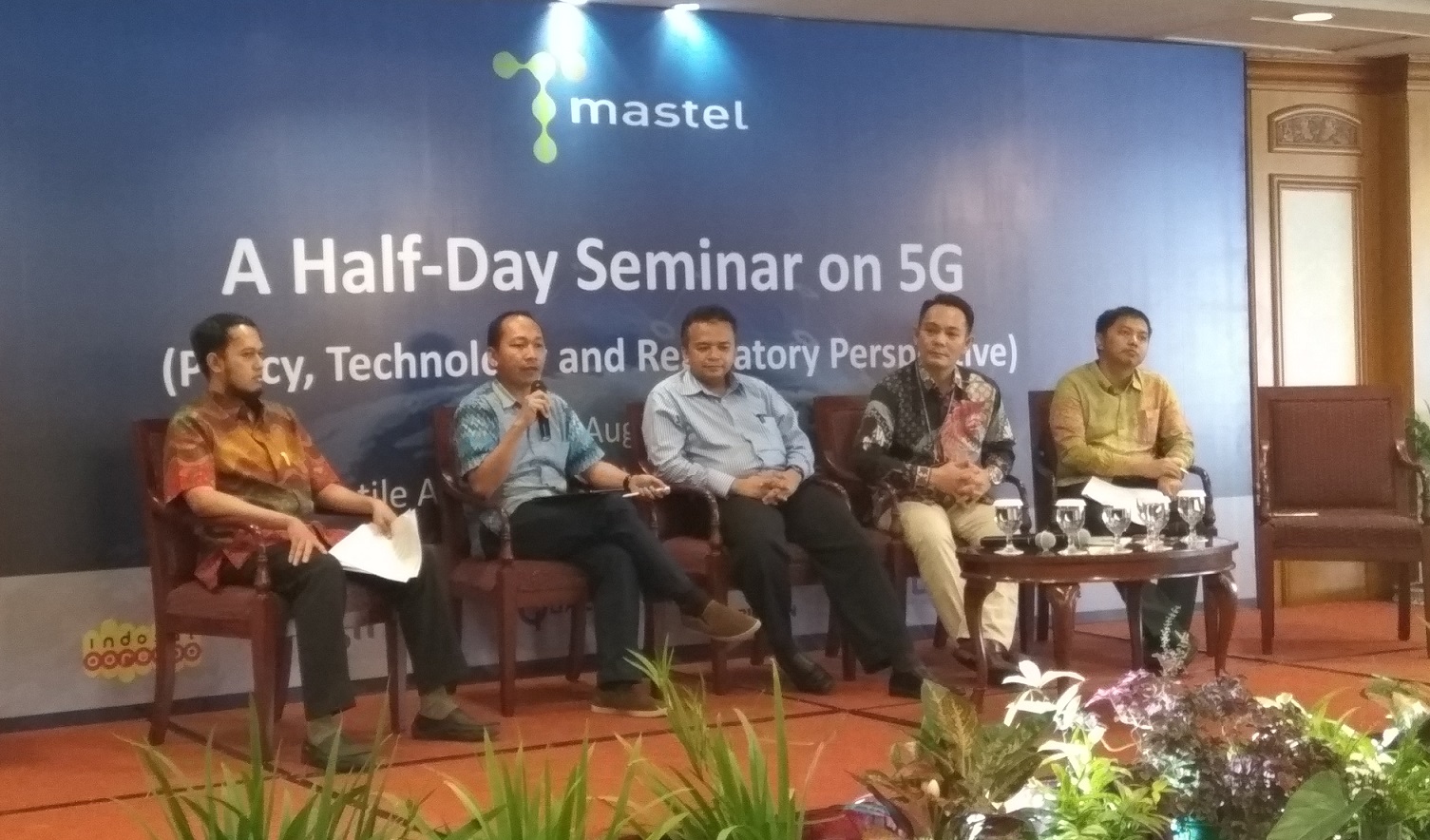 5G IS an idea and its time has come. As part of ongoing efforts to prepare Indonesia for the arrival of 5G which is expected to be commercialised starting in 2019, regulators and services providers need to build partnerships to update the technology.

“The implementation of the 5G mobile network is an inevitable necessity. The usage of this technology could alter the lifestyle of not only consumers, but also relevant industries as it promises to deliver very low latency, greater coverage, and higher data rates. These will enable 5G to do tasks that require a more stable and reliable internet network, such as autonomous vehicles and remote surgical procedures.

“However, the most critical preparation at the moment is to prepare for operators’ consolidation, in order for the scarcely available network frequency to be fully utilised,” said Indonesian Ministry of Communication and Information head of human resources, research and development Basuki Yusuf Iskandar.

At the moment, leading technology companies around the globe are working together on 5G development, standardisation, and technology trials.

5G is not only expected to deliver ultra-low latency (as low as one millisecond) and consistently high data rates (around 100+ Mbps) across the coverage area, but also to create new business models and industries.

New opportunities in virtual and augmented reality (VR/AR), Internet of Things (IoT) and mission-critical services are expected to contribute significantly to the global economy.

According to findings in a study commissioned by Qualcomm Technologies and conducted jointly by research firms, IHS Markit, PSB, and Berkeley Research Group (BRG), ‘The 5G Economy’, the 5G value chain will generate up to US$3.5 trillion in revenue in 2035, supporting as many as 22 million jobs globally. 5G is also expected to produce up to US$12.3 trillion worth of goods and services enabled by 5G in 2035.

The next challenge lies in ensuring sufficient and suitable frequency spectrum for 5G. The basic design principles of 5G envision a platform that will unify access across a range of spectrum bands – including low bands below 1GHz, mid bands from 1GHz to 6GHz, and high bands above 24GHz also known as millimetre Wave – as well as regulatory paradigms including licensed, unlicensed, and shared spectrum.

It is critical for the government of Indonesia to consider drafting a regulation which can accommodate the needs of all associated parties in adopting 5G technology, including the predicted use of the 28GHz spectrum and for operators’ consolidation.

Operators are also expected to calculate the technology investment needed to shift to a 5G network. For the first transition phase, operators could start with the deployment of 5G-IoT, which requires less investment due to smaller bandwidth and less requirements needed for simpler devices, while waiting for the first large scale 5G trial during the 2018 Winter Olympics in South Korea.

Qualcomm Technologies, Ericsson, Nokia, and other leading mobile communication companies were instrumental in accelerating the 5G NR standardization schedule to enable large-scale deployments starting as early as 2019, sooner than the initial estimated schedule in 2020.

Several countries have already announced their plans to conduct 5G trials including the United States, Japan, South Korea, China, Europe, among others.

Solving problems and being productive

Indonesian Ministry of Communication and Information director general of resources and standardization of post and IT Ismail MT, says the government has four main concerns when it comes to 5G implementation in Indonesia.

These concerns are the frequency that will be necessary for 5G, regulations, preparing infrastructure, and passive infrastructure (sharing of physical sites, buildings, shelters, towers, power supply, and battery backup by service providers).

He feels that further discussions have to be had and partnerships forged between the government and telcos to iron out the issue of frequency.

As for regulation, he says that the government will implement pro-active regulations to prepare for 5G implementation in the near future by focusing on local content.

For infrastructure preparation and passive infrastructure, he says that it is important for the government to standardise matters for the sake of efficiency.

From the telecommunication providers point of view, Telkomsel vice president technology and system Ivan C Permana, Indosat group head regulatory and government relations Fajar Aji Suryawan, and XL Axiata general manager network planning Farid Hasanudin agree that implementation of 5G in Indonesia will create new business models in the future but it all depends on how the industry will use the technology.

Ivan views 5G technology as moving from using horse power to vehicles or machines. 5G will create many opportunities and at the same time, will be a “threat” to the ecosystem.

“We have to be ready, especially in providing spectrum and passive infrastructure, making sure that it is tested in Indonesia, so it will create better opportunities for this country’s businesses,” he explains.

Also commenting from a telco’s point of view, Fajar says that all connected devices will complement each other, which is why partnerships between telco providers and enterprises are crucial to 5G implementation.

“Telcos will play a part in providing convenience for operational use and enterprises can explore products that will complement the benefits 5G can offer.”

Farid says that 5G’s tech architecture has to be elegant and efficient to offer mass connection.

“5G probably will allow automation in the implementation and operators can use the technology to cut cost in spectrum fees.”

These three parties also support the government in setting the standard for this 5G from now in anticipation of implementation in two or three years.

“With the great potential enabled by 5G, both for consumers and the economy as a whole, it is important for Indonesia to prepare for the arrival of this network in 2019. We urge all parties including the government and industry players to work together to accelerate the adoption of 5G in the country.

“Telecommunication operators in Indonesia must also be involved from the beginning and seriously follow the development of 5G,” says Mastel chairman Kristiono.