Wrapping up our coverage of the inaugural DNA-TeAM (Technopreneur Association of Malaysia) industry sharing and networking event, called Disrupt, we focus on the role the Multimedia Development Corporation (MDeC) plays in Digital Malaysia.

The topic for the kick-off Disrupt series was: With Digital Malaysia, is MDeC still relevant?

Datuk Badlisham Ghazali (pic, left) emphasised that Digital Malaysia is not an MDeC project. Using the Performance Management & Delivery Unit (Pemandu) as an example, the MDeC CEO explains: “By and large, our job is to accelerate its adoption and facilitate the rollout.” Continuity, he explains, is the main reason for the need of a lead agency to own the overall initiative.

“For the sake of transparency and governance, let me lay clear that Digital Malaysia is not an MDeC project,” he said, explaining that there will be just too many projects launched under the initiative for one agency to handle.

More importantly, it is just not the proper way to execute the rolling out of a national initiative focusing on accelerating the adoption of the digital economy into the way of life of Malaysians.

Going with the single agency approach will obviously result in resistance to the roll-out from other agencies which will clearly be a better fit to take ownership of the various initiatives. “This syndication [to various agencies] is key as they have to feel and say this is for the betterment of what they are already responsible for.”

Indeed DNA saw the level of engagement and ownership that arose from this syndication of Digital Malaysia initiatives during an interview with Datuk Hafsah Hashim, CEO of SME Corp, where Hafsah spoke passionately about the need to help micro-enterprises with the 'Enabling ePayment for SMEs and Micro Enterprises' entry point project. This is one of eight Digital Malaysia projects that have been quietly launched by the respective lead agencies.

That is another point Badlisham emphasises. "It is not MDeC that launched these projects in a blaze of publicity but rather the various lead agencies. Ägain, our role is to syndicate and see where the roadblocks are and to facilitate removing red tape. And, guess who is qualified to remove this red tape? Not MDeC but the lead agency for that particular initiative.”

Badlisham shared that after the first wave of 26 Digital Malaysia initiatives have been launched, they will be looking for what he terms as “ideation”. This is where it will pick a particular idea or opportunity and invite entrepreneurs to come in for a short, day or two, brainstorm to flesh out the possibilities within that idea or opportunity. “And, along the way, new projects will also be thought of [Digital Malaysia runs to 2020] and a similar process will happen as we will look at the projects from a very narrow angle.”

He told the audience that they can look forward to this from the end of the year. Right now, MDeC is focused on the 26 initiatives under Wave 1, to make sure they get off the ground.

Meanwhile, Ganesh Kumar Bangah (above pic, right), Group CEO of MOL Global, the other panelist for the inaugural Disrupt, called for more tranparency in the rollout of the Digital Malaysia initiatives. He was unhappy that there was a scant two lines to describe each of the eight projects that have already been rolled out. “Let Digital Malaysia set the yardstick for the way new initiatives and projects are launched.”

Ganesh's comment was made in the context of dispelling the perception that Digital Malaysia is about projects which have already been allocated to certain parties,  with those who were not part of the first wave of ideation that led to the 26 kick-off Digital Malaysia initiatives, being crowded out from tapping the opportunties created.

Indeed, this is a key perception that MDeC needs to dispel to give every dynamic entrepreneur in the ecosystem the belief that they have an opportunity to benefit from Digital Malaysia. 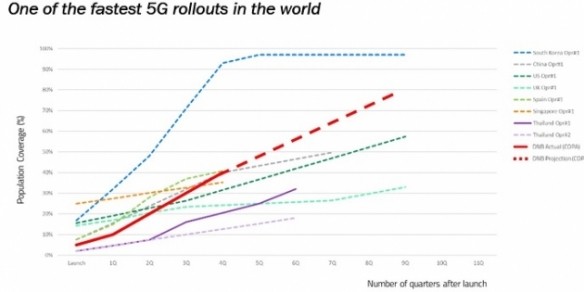