MY E.G. Services Bhd (MyEG), one of the largest publicly-listed tech companies in South-East Asia, has come out in an attempt to clear the air over its appointment as the sole provider of the online renewal of foreign workers’ work permits, and issues related to this appointment.

Over the past few weeks, certain businessmen and politicians have aired their concerns over the fact that MyEG had been given the green light by the Government to compile and maintain a database on foreign workers in Malaysia.

Those who want to renew foreign worker permits from now on will need to do it online. Prior to this, renewals could also have been done at the Immigration Department.

MyEG, listed on Bursa Malaysia with a market capitalisation of RM3.01 billion (US$843 million), is the sole provider of the online service.

For a start, the Associated Chinese Chambers of Commerce and Industry of Malaysia (ACCCIM), in a news report, described the mandatory online renewal of foreign workers’ work permits, and the appointment of MyEG as the sole provider of the service, as a “bad precedence and against the Competition Act 2010.”

The association also argued that the service fee charged per foreign worker for renewal of a work permit was “extremely exorbitant.”

In another news report, Opposition politician Teresa Kok asked why employers should issue cheques for the renewal of working permits to MyEG, instead of to the Immigration Department.

She said that the amount MyEG would collect on behalf of the Government could come up to more than RM4.4 billion (US$1.2 billion).

More recently, Opposition politician Johari Abdul, also the Member of Parliament (MP) for Sungai Petani, said that MyEG’s role in compiling and maintaining the database could constitute a threat to national security.

MyEG, for its part, has lodged numerous police reports saying its employees have been harassed and assaulted since the Government’s decision to outsource the service to the company.

‘Not about the fees’

In response to Digital News Asia (DNA) queries, MyEG cofounder and managing director T.S. Wong (pic above) claimed that his company’s appointment could help address the issue of illegal foreign workers in the long run.

“Who are complaining? Look closely and you will realise that it is mainly the middlemen, the maid and foreign worker agencies, and some employers,” Wong accused in an email reply.

Speaking to DNA, a businessman based in the East Coast of Peninsular Malaysia involved in the wood-processing industry, shared his experience when renewing foreign workers’ work permits.

The businessman, who only wanted to be known as Chan, said that he was paying a few hundred ringgit per foreign worker in “runner or agent fees.”

“I’m not sure if the fee I pay to these agents is the standard rate, but if it helps small-time businessman like me to save some money, then it should be a good thing,” said Chan.

MyEG’s Wong argued that the issue was not about the fees the company is charging, saying that he believes that they are not exorbitant.

“I cannot go into detail how our system curbs this, because of confidentiality clauses in the agreement [with the Government],” he however said.

“The fees were set and approved by the Government after a long period of negotiations, taking into account our scope of work,” he said.

On the concerns raised by Kok, Wong said that money MyEG collects on behalf of the Malaysian Government would not be floated.

Wong said that whoever insinuates that MyEG keeps the Government levies and earns ‘free money’ on the float would be making a baseless allegation.

“We have to remit funds collected on behalf of the Government to the Accountant General on the same day itself. We do not earn any interest on the float because there is no float.

“On the other hand, we pay the government upfront for a merchant discount rate chargeable by the banks for credit card transactions, only to be reimbursed approximately three months later. On a given day, the Government would owe MyEG a seven- to eight-figure amount,” he claimed.

Wong said he also does not expect the foreign worker permit renewal business to be the group’s biggest revenue contributor in the long run.

This is partly because the foreign worker business is still a market with a size of under three million people.

This is in contrast with MyEG’s other businesses like the replacement of MyKad (the chip-based national identity card), paying Road Transport and police summonses, auto insurance, and road tax renewal, where the addressable market is much larger.

Another issue raised by Kok was why employers were only allowed to buy insurance from MyEG, failing which, they face a higher processing fee of RM58 per application (instead of RM38 normally). [RM1 = US$0.28]

MyEG’s Wong said that the extra RM20 was not because employers did not buy insurance from the company. “The RM58 fee is an option if you want us to book the Fomema appointment on your behalf. It is applicable mainly for maids, who are required to undergo Fomema tests annually,” he said.

“That extra RM20 for the Fomema booking is a terrible business because we need to make multiple trips just to get it done,” said Wong.

“We don’t want to do it. We’d rather that you do not choose this option, but we offer it because of requests by users,” he claimed.

Big data, and why sole provider 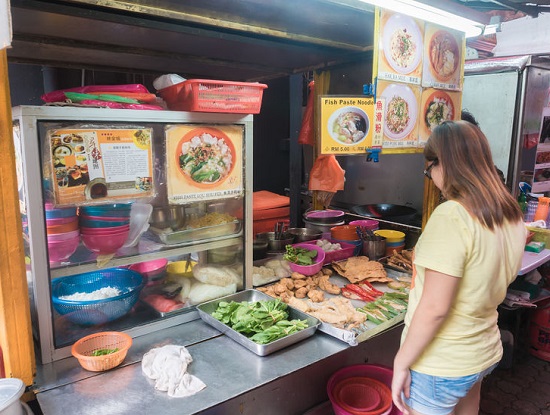 In a statement MyEG released to Bursa Malaysia recently, it said that the services it is providing includes conducting analytics.

The company told the stock exchange it will capture digital biometrics of the employer’s representatives.

Analytics would be conducted on the data to generate intelligence on trends causing the proliferation of illegal foreign workers, as well as identify employers who have a disproportionate number of foreign workers absconding.

In addition, it will also operate a crowdsource platform to gather intelligence on employers who employ illegal foreign workers.

Wong said that MyEG is not just trying to make things “more efficient and convenient,” but to also solve the proliferation of illegal foreign workers.

He pointed to the high number of foreign workers manning hawker stalls in urban centres such as Kuala Lumpur, so much so that the Penang state government wanted to ban foreigners from operating food stalls.

“We see domestic maids running away one month after an employer pays RM10,000 to the agency, and so forth,” he said.

“We need a single source of accurate data (including data which presently is not officially required), and will use big data analytics to enable our enforcement agencies to do a more effective job,” he argued.

Wong also said that all centralised databases have to be built by one party. “All the data in this case is owned by the Government, of course. We build and populate the database, verify the authenticity of the data, and do analytics to identify trends and gaps.”

“There is also a crowdsourcing component, to tap on public information. All the existing government databases today have been outsourced to single IT companies as well.

“Would it make any difference if the delivery of the permits and verification of the employers is done by another company?

“Finally, it was the Government’s decision that the end-to-end process be done by MyEG to ensure that we are fully accountable for all aspects,” Wong added.

Although Wong and MyEG have come out to explain their side of the story, Wong said he would not be surprised if the company ends up in the spotlight of other issues in the future.

“Our tax monitoring system for the Customs Department, which was already announced, will obviously cause another uproar,” he ruefully said.

He said that the tax monitoring system was also an effort to solve a “macro problem” – capturing accurate data to determine the correct amount of tax to be remitted to the Government.

One thing is for sure, many politicians and businesses will be closely watching MyEG’s next move.

MyEG optimistic of another good year ahead