THE Major League championed by Celcom concluded with Execration of Philippines crowned as the winner of the invitation-only tournament featuring eight top teams from five nations.

Execration (pic) secured their title by beating EHOME of China in a three-day tournament from Oct 20 – Oct 22, 2017.

Held for the first time in the EduCity Sports Complex’s Indoor Arena, the event hosted over 62,000 fans, both online and on ground, who cheered on their favourite Dota 2 teams from the region.

EHOME and IG Vitality of China, Clutch Gamers from Thailand, Execration of Philippines, Evos from Indonesia and home favourites, Fnatic and Warriors Gaming Unity competed in a series of double elimination for the top spot.

They were joined by homegrown heroes, Team Highground of Johor that completed the bracket after securing their Wild Card spot in a nationwide qualifier prior to the finals.

EHOME took the first runner up seat after an intense finale, with Fnatic of Malaysia taking the third place.

The Major League championed by Celcom is powered by Iskandar Investment Bhd (IIB), as the developer’s initiative to establish Iskandar Puteri as the e-sports hub of Southeast Asia.

“Celcom is proud to be part of this revolutionary e-sports tournament that has been positively engaged by the youth today. GGWP! Celcom will continue to fuel this growing enthusiasm amongst the youths and deliver the best digital lifestyle experience,” said Celcom chief marketing officer Zalman Aefendy Zainal Abidin.

IIB’s President and CEO Khairil Anwar Ahmad concurred, “The e-sports industry has been garnering steady support and is becoming increasingly popular here in Malaysia. IIB is honoured to host Asia’s premier Dota 2 tournament and the biggest esports event in Johor at our world-class EduCity indoor arena. This initiative is part of IIB’s place-making activities to position Iskandar Puteri as the preferred destination for sports, education, lifestyle, investments and careers.”

Tony Nagamaiah, general manager of Malaysia Major Events, a division of Malaysia Convention & Exhibition Bureau, an agency under the Ministry of Tourism and Culture Malaysia, affirms that the championship is one of the key tourism driver for Malaysia.

“We are proud to support such e-sports events in Malaysia, an industry expected to generate an economic impact of US$1.07 billion worldwide by 2019. With our continuous support of e-sports championships like The Major League, we aim to thrust Malaysia to the forefront the industry – becoming a leading major events destination globally.” 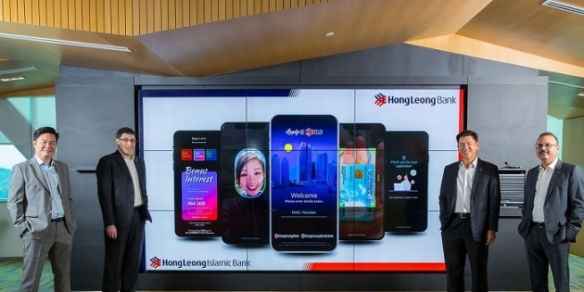