Digerati50: Quietly helping others in the ecosystem

CHU Tzu Ming may not be the splashiest figure in Malaysia’s bourgeoning startup scene, but he is quietly making his presence felt, especially with the new generation of entrepreneurs.

He is best known as the co-director and mentor of Founder Institute Kuala Lumpur, an entrepreneur training and startup launch programme that aims to create sustainable startup ecosystems around the world.

A UK law graduate and Australian MBA holder, and also a veteran of the local ICT scene, Tzu Ming has spent the last 10 years helping build businesses in the Internet, mobile and technology sectors.

His professional career began with stints as an analyst with leading management and technology consulting firms AT Kearney and Deloitte Consulting, where he was involved in Oracle applications and databases.

Tzu Ming also counts some time as a venture capitalist in his résumé, having been a director and partner at Netrove Partners, a regional venture capital and corporate finance advisory firm that provides critical capital and venture advisory services, between 2005 and 2009.

The 38-year-old admits that his true entrepreneurial journey only began in late 2009, after he left his corporate post in the finance and venture capital world.

“I would probably have been a better venture capitalist if I tried founding and creating a business myself. The only thing I knew reasonably well that constituted any meaningful vertical or industry expertise was in the Internet and software, where I had prior experience in.

“So instead of doing something different like running a pub or a fancy cafe I just looked at doing something I already had  a reasonable footing in. We focused on data-driven media buying for e-commerce companies,” he says.

When not mentoring the next generation of would-be entrepreneurs, Tzu Ming is focused on his day job as director of Persuasion Technologies, an online analytics services firm specialising in e-commerce.

“We are still a small company but I think we have had a good start and we managed to turn in a seven-figure business with a very lean team and completely bootstrapped,” he says when asked how the venture is faring.

His main focus is on developing new services and products and constantly looking to improve customers’ businesses, with plans to grow internationally. “If they don’t do well, we don’t either,” he quips.

When asked what would be his biggest weakness, Tzu Ming admits that the inability to delegate and let go of control has been a big one.

“The only way to overcome it for me was to let go, stop micro-managing and give people the respect and rewards they deserve to empower them to help the company. I have seen teams crumble because people felt short-changed and unappreciated. More often than not, it is not about money,” he says.

Tzu Ming believes that everyone should learn to work for him or herself and not depend on others for a living.

He shares that he has too often seen senior people from large multinationals left high and dry and having difficulty starting over because of all sorts of limitations they put on themselves.

“Usually most people forget about you after you have left the big brand. You become a ‘nobody,’ but that is okay because you build your own future and not dwell on past achievements. You will run out of money but that is really part of getting there.

“I have hardly heard of a successful entrepreneur who has not faced the possibility of not making payroll. Again, that is not something that should occur often though,” he adds.

The best advice he ever got? Tzu Ming shares that it comes from his late mother, who told him: “You can always make a good living, as long as you keep doing it better than the next guy.” 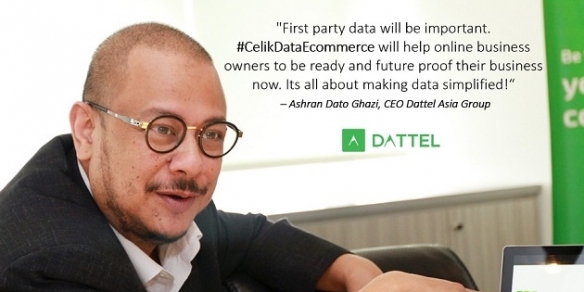