With plenty of nations offering themselves as low-cost locations, the onus is on the multinationals to continually asses the various dynamics that make up the total package from a cost and competitive angle that keeps them in one country over the other.

Then there is the competitive pressure between the various manufacturing locations the multinationals run.

Often, this is much more intense as the various countries try to outdo the performance of the other and earn the right to do more work for the company. With that higher responsibility comes a sense of security too, that they are more valuable to headquarters and therefore likely to survive any cost-cutting that the next downturn will inevitably trigger.

Neoh acknowledges that AMD Penang does face pressure from its operations in China, but at the same time he is confident that, as a long term multinational in Penang, AMD has “many success stories” that keeps it relevant and important to the company.

Key among them is the high level of talent in Penang, “which is very important as our products get more complex,” he says.

For countries to position themselves as being continually relevant and of value to multinationals such as his, they need to ensure that they have a deep and highly qualified talent pool; an end-market that the company can sell its products to; and of course, government support in the way of policies and incentives.

When it comes to the question of talent, AMD’s approach is quite different from that of most multinationals, which often work with universities and suggest programmes and courses they feel will benefit them in the end.

While AMD does send its engineers to engage with universities and talk to students about what it does, and takes in interns and collaborate with universities to get students to work on real projects, it does not influence the type of programmes taught.

Instead, “we have intensive training programmes for fresh graduates we take in,” says Neoh.

Because the company does back-end semiconductor manufacturing here, it has no need for PhD trained engineers, although Neoh foresees a need in the future.

“Expectations for products are getting higher, the talent needs will rise in tandem (as will) the knowledge depth of that talent,” he says.

That is why he wishes that the future talent pool out of Penang will have a very deep engineering background to be able to support the increased sophistication of the products AMD assembles and tests out of the northern Malaysian state.

As it is, the Penang operations already handle the assembly, testing and packaging of integrated circuits, and also has moved into some development activity, specifically around design rules, “which are as good as anywhere else in the group,” says Neoh.

He also sees the creation of the Collaborative Research in Engineering, Science and Technology (CREST) initiative as a key move to ensure the entire E&E (electrical and electronics) ecosystem in Penang enjoys continued success.

He likens it to the A*STAR (Strategic Technology and Research) programme in Singapore in terms of its mission and objectives, and feels CREST can help more multinationals set their roots in Malaysia.

“It gives you line of sight to the talent in universities and to ensure the faculties and their academics forge closer relationships with industry players such as us,” he adds. 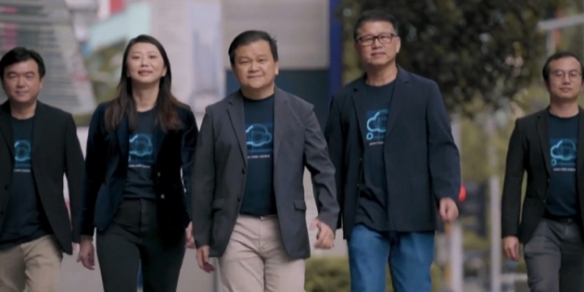