THE National ICT Association of Malaysia (Pikom by its Malay acronym) is urging the Government to retain English as the medium of instruction for Mathematics and Science subjects at all levels.

Saying that the development of ICT services sector is plagued by an inadequate supply of quality graduates equipped with the relevant soft skills that the industry needs, Pikom noted that English is the global facilitator for ICT education.

However, the association – which represents over 1,500 ICT companies -- also urged the Ministry of Education to strengthen Bahasa Malaysia for ICT technology and ICT driven content development activities, especially to cater for the regional market, where it said the language was widely spoken.

The recommendations were part of a Budget 2013 memorandum Pikom submitted to the Ministry of Finance on May 7, it said in a statement. Its representatives also attended Budget Consultation with Prime Minister Najib Tun Razak on May 29.

The Teaching of Science and Maths in English (PPSMI under its Malay acronym) was introduced in 2003 to help Malaysian students catch up in the two fields of study and to improve the nation’s competitiveness in a globalized world, but was dropped in 2009 after pressure from nationalist and right-wing groups.

Education non-governmental organizations continued to press for a reinstatement of the PPSMI program. However, earlier this week, the Malaysian Government unveiled its National Education Blueprint which did not include the PPSMI.

In terms of education and human development, Pikom also proposed financial incentives, especially for private universities and colleges, to run ICT specialization courses as well as for university students to pursue English courses from accredited institutions.

It also urged the Government to allocate funds to expand the scope of the National ICT Literacy initiative, not only to cover upper secondary school levels but also lower secondary and primary levels.

In its memorandum, Pikom also raised a number of issues and recommendations for industry, human capital and trade development, it said in its statement.

It urged the Government to consider removing the service tax for ICT services for two years, to promote emerging new technologies and e-services.

The size of the Malaysian ICT industry is only RM60 billion (US$19.5 billion), less than 1% of the global total, Pikom noted.

“As Malaysia moves into the developed nation league, our growth rate would slow. A specific measure to tap high growth markets such as identifying trade leads, business opportunities and partnerships is required,” it said.

A regular and standardized official statistics on information age development phenomena has become Imperative, Pikom said, adding that it was timely for the Government to consider reviewing and realigning the national statistical system.

This is in support of the Digital Economy Satellite Account which is being formulated. With that, information about the industry is tracked, monitored, analyzed and reported on a regular basis.

Noting the current administration’s move to liberalize some parts of the economy and to allow foreign participation, Pikom said “we should not have duties in excess of 25% except for very limited sensitive products.”

“This goes against the grain of liberalization which we have been promulgating,” it said in its statement. “A case in point is monitors not incorporating television reception apparatus under the code 8528 59 000 which attracts 25% duty.”

The association proposed removing duties on items under 8528 59 000, saying that this would augur well as Malaysia leads in “multilateral negotiations at the World Trade Organization (WTO) level -- we practise what we preach and keep our duties low.”

“Further, this also prepares industry and consumers on the GST with low (or zero) tariffs,” it added. 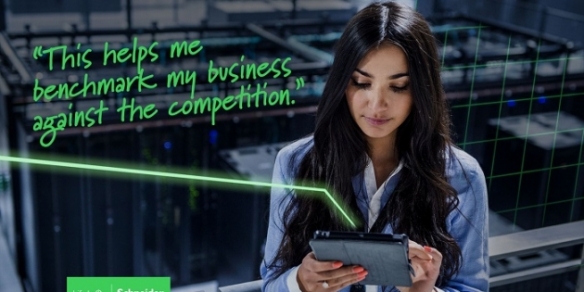