DESCRIBING his move to Malaysian Airports Holdings Bhd (MAHB) as one of those unplanned things in life, but where “good things happen,” Badlisham Ghazali ends his eight-and-a-half years as chief executive officer of Multimedia Development Corporation (MDeC) today (June 20), and will immediately launch himself into his new role next Monday (June 23).

“I came into MDeC in January 2006 to put it on its expected trajectory. I hope I have done that, and it is time to look for new challenges,” he tells Digital News Asia (DNA) after a recent MDeC press conference announcing the Multimedia Super Corridor (MSC Malaysia) project’s 2013 performance.

While there were many possibilities for him, Badlisham has managed to win the confidence of the MAHB board and its various stakeholders, and he is thankful.

“It was a rigorous process with many interviews and lots of references. I believe the MAHB board had confidence in what I have done in the past and believe I can help MAHB achieve its vision,” he says.

On his relatively sudden exit from MDeC, which will be run by a committee of three senior executives led by chief operating officer Ng Wan Peng, Badlisham says that he has never led Malaysia’s national ICT custodian in a dominant manner, making himself indispensable.

“That is the folly of most leaders and makes for a bad future for the organisation,” says Badlisham, who would have picked up a lesson or two on leadership from his father, General (Rtd) Ghazali Mohd Seth, who was a former chief of the armed forces in Malaysia.

Badlisham, a DNA Digerati50, says he has always pushed his people at MDeC to take a leadership role, and reels off a number of executives who run some of the initiatives at MDeC.

“They make it happen,” he says, adding that what made him proudest was when his people went beyond what they thought they could achieve. “Now they can do it without me.”

Impact of MaGIC on MDeC

While the creation of the Malaysian Global Innovation and Creativity Centre (MaGIC) and the fanfare surrounding it has grabbed most of the recent headlines, much to the consternation of some MDeC executives, Badlisham on the other hand feels MaGIC will be delivering a key service to the ecosystem.

Saying that “it is normal to have such lingering sentiments,” Badlisham emphasises that “we embrace MaGIC and what it is trying to do. Its initiatives will feed into the ecosystem that we want results in.”

Pointing out that MDeC’s mandate is much wider than MaGIC’s, he says that in the larger picture, MDeC will be the recipient of the output from MaGIC’s initiatives. “Collaboration is the best way for both sides to get the job done.”

This collaboration extends not just to MaGIC but Cradle Fund Sdn Bhd too. Cradle is the Ministry of Finance agency that manages the Cradle investment fund.

“Cradle is doing such a wonderful job but we still do not have enough deal flow,” he says, pointing out that this is how MDeC’s yearly InnoTech meet comes into play where regional and local venture capitalists meet with entrepreneurs. The resulting deal flows over the past few years is estimated at RM200 million (US$62 million).

Failed with getting government buyers?

One of the things Badlisham tried to do was to get the Malaysian Government to use local software companies when it came to projects of a certain size. But this did not work, and when asked if he was disappointed about this, he deftly sidesteps the question.

“Sometimes the value proposition does not match customer expectations, and perhaps it is time to relook the model instead of approaching it in a straight line,” he answers.

Picking mobile apps as its entry point, what MDeC has done is to give the Government three options for how it can deliver mobile apps to the public to better serve taxpayers.

One is through the ICON programme “where we will train the trainer to enable government agencies to build apps from a user’s perspective, and then deploy them,” he says.

ICON (Integrated Content Development) is MDeC’s programme that seeks to foster the development of local mobile app content and developers.

The second option is to provide the Government with a list of partners and the extent to which they can build an app. This helps with expectation management as it removes the temptation from the clients to want more and more features which also add to the cost, complexity and “potential for failure,” he says.

At the same time it helps vendors build a relationship with clients, from which MDeC hopes more deals will come through.

The third option is to help the Government create a sort of mobile-centred SWOT (strengths, weaknesses, opportunities, and threats) implementation team which will be the central body to provide support to the entire Government. 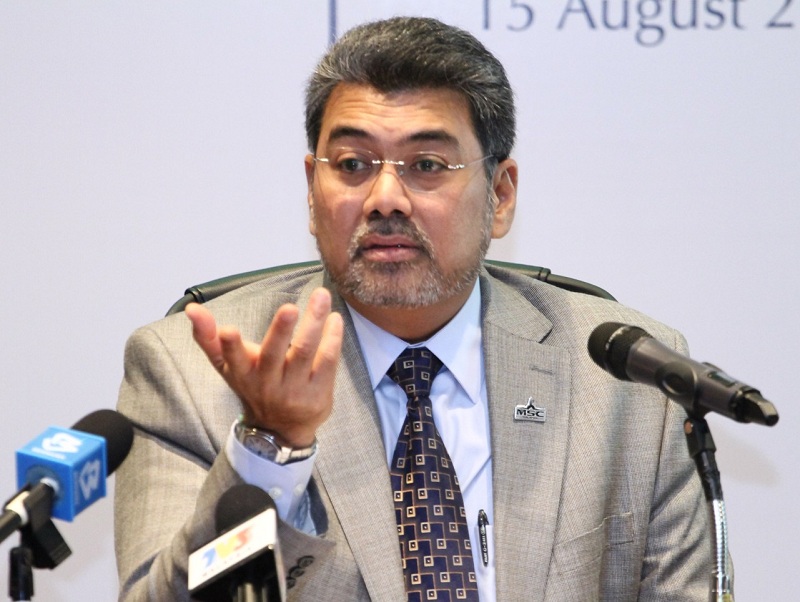 An evolving role in Digital Malaysia

Well aware the DNA has been critical of how Digital Malaysia, the national transformation initiative to get Malaysia integrated into a digital economy, has been going, Badlisham urges that MDeC be judged by the year-to-year output that will be generated from the national programme to transform the nation into a ‘digital economy.’

“The net goal is about the digital economy and not what MDeC did,” he says, reiterating that just as the agency is the custodian of the MSC Malaysia project, it also oversees Digital Malaysia, where its role evolves according to specific initiatives under the Digital Malaysia programme.

“Sometimes we play the role of facilitator, sometimes we lead, collaborate and even step back at times and generally encourage,” he says.

As he closes a meaningful chapter in his life and opens a new one, expect technology to still play a key role in whatever initiatives Badlisham drives at MAHB.

Any technology MAHB adopts will however be driven by “our customers’ expectations and our own desire to deliver customer service to them,” says Badlisham, adding, “I will obviously encourage local companies to participate [in those jobs], especially for service-oriented applications.”

So while Badlisham may not be immersed in the tech ecosystem anymore, don’t expect him to lose his appreciation for how technology can help deliver superior performance, and to use it in a strategic and tactical manner at MAHB.