ASIA’S rankings fell in the IMD World Digital Competitiveness Rankings 2018, while the US, Canada and Europe made it to the top ten list.

Singapore, which lost its number one spot to the US this year, remains the only Asian country in the top ten, while the third most digitally competitive nation is Sweden.

The IMD World Digital Competitiveness Ranking 2018 studies 63 economies. This year the majority (29) of countries in the study experienced an improvement in digital competitiveness. About 40% of the sample (26 countries) showed a decline while only eight economies remained in the same position.

“Seemingly, despite Singapore’s high level of training and education, and an environment conducive to digitalization, society’s attitudes toward the adoption of technologies and the agility of business to take advantage of digital transformation, are relatively low (20th and 18threspectively),” IMD said. 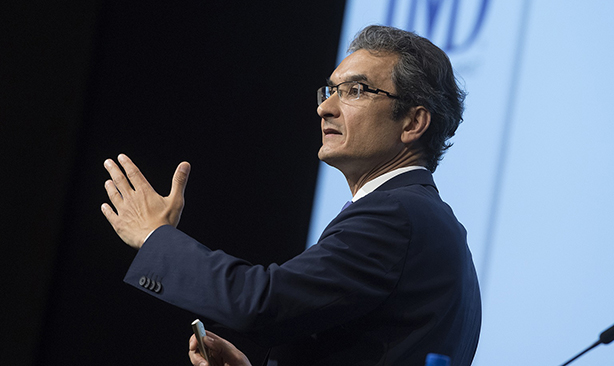 IMD Business School director of finance and IMD World Competitiveness Centre head Arturo Bris (pic, above) pointed out via an e-mail to Digital News Asia: “For Singapore it is primarily a lower ranking in the ability of the country to adapt: this indicator refers to the individual citizen’s ability and willingness to adopt digital technologies.”

Singapore and Hong Kong led the Asia Pacific region in the rankings, although Singapore dropped to the second spot and Hong Kong from the 7th to 11th position. South Korea meanwhile, reached the 14th spot (five places up from the 19th), while Japan advanced five places to the 22nd position. Both countries improved due to their advancement in components of knowledge and future readiness, IMD said.

China also improved (from 31st to 30th), as did India (51st to 48th). Among the Southeast Asian countries ex-Singapore, Thailand was the only one to improve (from 41st to 39th). According to IMD, these countries all shared progress in the technology factor, ranging from improvements in connectivity systems to tech-friendly regulations.

Taiwan however, saw a decline (12th to 16th place), as did most of the Southeast Asian nations. Malaysia declined from the 24th to 27th place, seeing a decrease in technology and future readiness according to data provided by IMD.

“In the case of Malaysia, there is a significant decline in the quality of the technological framework, specifically with regards to communications technology and Internet bandwith speed,” Bris said.

The Philippines meanwhile, experienced the largest drop in Southeast Asia, from 46th to 56th place due to declines in technology and future readiness. As Bris explained it, the Philippines suffered from a weaker economic performance and therefore a reduction in the capital available for digital investment.

Indonesia dropped three ranks to 62nd, making it the lowest ranking country in the Asia Pacific region. “The development of highly-skilled workers is a key-challenge for the country. In turn, it affects the capacity for technological development and the integration of new technologies in the private sector and in society, which lead to low scores in the technology and future readiness factors,” IMD said.

When asked what Southeast Asian countries can do to improve their rankings in the future, Bris replied that they should increase the agility of businesses and individuals to embrace new technologies.

Elsewhere in the Pacific, Australia moved up two places to the 13th position, while New Zealand dropped five places from the 14th to 19th spot.

According to IMD, the ranking quantifies the rapid technological transformations that countries are undergoing, providing a tool for decision-makers in the public and private sectors to interpret and address these changes.

“The objective of the digital competitiveness ranking is to assess the extent to which a country adopts and explores digital technologies leading to transformation in government practices, business models and society in general.

The ranking draws upon 50 selected indicators divided into three factors: Knowledge, Technology and Future Readiness. The knowledge factor refers to intangible infrastructure, which underlines the process of digital transformation through the discovery, understanding and learning of new technologies.

The technology factor assesses the overall context through which the development of digital technologies is enabled (technology-friendly regulation, availability of capital for investments and the technological infrastructure). Finally, the future readiness factor examines the degree of technology adoption by government, business and society in general.