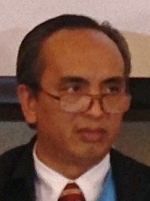 WITH a cyber battle between Filipino and Malaysian hackers erupting over the weekend as a result of the standoff in Lahad Datu, Sabah, the Philippines Government is now speeding up plans to host all government-owned sites as part of a new unified security strategy.

Louis Casambre (pic), executive director of the Information and Communications Technology Office (ICTO) of the Department of Science and Technology, said in an interview that the Government had drawn up the plan as early as last year but is now being gradually rolled out.

Under the current set-up, each government agency has its own IT plan, which includes the hosting of their websites. Most of these agencies, however, have contracted third-party providers for their web hosting needs.

Aside from creating fragmented IT systems in bureaucracy, this has proven to be an insecure arrangement as shown by the attacks unleashed by Chinese hackers at the height of the West Philippine Sea dispute last that embarrassed the national government.

So far, only minor government sites such as the site of Calauan, Laguna have been attacked by purported Malaysian hackers, according to Drexx Laggui, IT security consultant of the ICTO.

“We’re currently working on fortifying top-value government sites such as Gov.PH as these are more critical compared to other low-value sites that serve as mere online brochures,” said Laggui.

Laggui refused to call the hacking incidents as online war but only a “skirmish” between private groups or individuals who took to the Web to air their opinions on the Sabah issue.

He said the Government cannot do anything on the cyber battle except to implore the two sides to exercise restraint. “Anyway, the main chapter of Anonymous (hackers group) has already urged the hackers from the Philippines and Malaysia not to escalate the exchange,” he said.

Laggui, whose role as “architect” requires him to recommend the appropriate IT security measures to the ICTO, said the infrastructure needed for the cyber-security plan is ready at the ICTO.

He said the facility will serve as a “command center” for cyber-security concerns, and will have the ability to host all government websites. – Newsbytes.ph