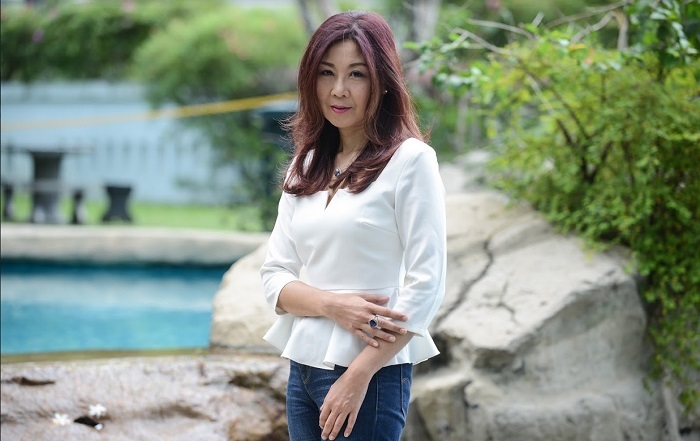 The first iteration of ATA Plus was quite different to what it would eventually become. Even though both are about financing, it seems a fairly large jump from helping micro entrepreneurs to leveraging the wisdom of the crowds to fund exciting projects.

And yet, for cofounder Elain Lockman, it all boils down to one thing: helping people.

"(Fellow co-founder) Kyrie (Andreou) thought: How we can help micro entrepreneurs?" recalled Elain. "These are people who may not even have bank accounts."

Their original plan was akin to a limited Mudarabah model, where the profit would have to be shared back within a year. "We're talking about small amounts, something like US$300 (RM1,250) on average."

"We did a working prototype and Cradle Fund arranged for us to meet up with Bank Negara," she continued. "And Bank Negara absolutely loved it!" This was in 2013.

In fact, the Central Bank offered ATA Plus a banking license, which the team considered. "But when their legal people came in, the payment system team came in, all they talked about was Anti-Money Laundering Act (AMLA) and Know Your Customer (KYC)."

Although she agreed that these precautions are understandable, Elain pointed out that for what they had planned, the sums involved would rarely be above a few hundred ringgit. "We were telling them what kind of money laundering do you think people (would) do?" she said. Rather, the screening process they had in mind at the time involved looking at other parameters. "One of the most important things was their community standing. Are they trustworthy?"

Ultimately she believes that what they had was an idea before its time. "The business did not take off because we were too early."

“I get bored easily”

In many ways, Elain has spent a large part of her working life trying to be ahead of the curve.

Her first working stint was with Petronas, where she described herself as a "young rookie". "I was roped into a corporate strategy team that was looking at what Petronas should be looking beyond 20 years," she said. "What Petronas is today stemmed out from those strategic sessions."

"I was very fortunate at that time because it was great exposure!"

She then left to join the Multimedia Development Corporation (now known as MDEC) for four years, where she promoted the Multimedia Super Corridor (MSC), a project designed to bring Malaysia into the future.

Eventually, she moved on to be a consultant. In part it was because of frustration with the bureaucracy that GLCs attract ("the decision-making became slower"), and also simply because "I'm super energetic and I get bored easily."

Things eventually came together, though, when Elain, Kyri and Aimi Aizal Nasharuddin banded to form ATA Plus. Although their first attempt to make the company a vehicle to finance micro entrepreneurs did not work out, another opportunity would come their way.

"When the consultation paper on equity crowd funding (ECF) came out, Dr Siva (their mentor at Cradle) contacted us," recounted Elain. The trio went to talk to the Securities Commission (SC) about positioning their platform as a shariah ECF, and found that the regulator liked the model.

Eventually, ATA Plus was one of the six crowdfunding platforms selected by the SC in June 2015. By August 2016, ATA Plus had launched its first three campaigns. In October 2019, they saw one of their successful fundraisers, a social enterprise called Skolafund, become Malaysia's first ECF exit, with a return of 10% to the investors.

Elain still feels there is a long way to go. "For us, the challenge has always been educating the market. There are still a lot of people who don't know what ECF is."

Another challenge is the risk appetite, she said. "To me, risk has a direct correlation with exit stories. The moment we see more exit stories and the secondary market available, (then) we will see it accelerating."

"You want to be able to communicate about how exciting this platform is."

Getting people to notice the opportunities

In fact, Elain is hoping they can inspire this kind of excitement beyond Malaysia.

"The vision is not to be just a Malaysian player, it is to be a regional and it's not just focusing on ECF," she said adamantly. Specifically, she cites Vietnam, Indonesia and Thailand as three potential markets to expand to. "Vietnam is an obvious choice, given its economic growth, and that they're very hungry."

She is also looking to get investors from around the world to notice what's happening in the region. "If you try and get investors from say Australia, Singapore, Europe or even the US, if they convert to Ringgit amount it's minute, so the value proposition is very attractive," she pointed out.

"The opportunity is always there, it's just getting them to notice."

Elain is also keen to attract the interest of potential investors, sharing that there have been "acquisition interests", but nothing has solidified as yet. They are still on the lookout.

"We want a big enough partner or investor who will inject into the company so that we can scale," she shared, "(and) it's not just scaling in Malaysia."

[Ed: There is an update on the investor situation. Please read:

"At the end of the day our values is all about financial inclusion and democratising investments," reminds Elain.

"We want to be able to provide products and services that can serve all types of businesses, big or small, as well as giving opportunities for investors especially the smaller investors to be able to create wealth."

It's important to keep the end goal in mind. As she explained succintly, "If your niat (intention) is good, then good things will come."