IN case you're wondering, the inspiration for the name Glueck Technologies is the German word "glück", which means luck or happiness. Safe to say, there is nothing lucky about how Albert Alexander (pic) has led this fledgling company onto the world stage with technology literally out of a science fiction movie.

"We do facial and emotional (recognition) to generate, extract insights on customer's demographics as they respond to extrenal stimuli," says Albert. "If there is an ad running we can pick up how many milliseconds they're watching as well."

Before starting Glueck Technologies in 2014, Albert was developing solutions for the banking industry. But he left that for an opportunity to solve a problem for the US$$35 billion (RM135.6 billion) billboard advertising industry.

"Currently they don't have an effective tool to measure audience response," he said, referring to outside billboards. "They don't know who's in front. Who's running it, who's watching it, they don't know," he says.

"The bigger the problem you solve, the more money you make," he continued. "So we said, let's solve this problem."

The company decided to utilise deep learning with Convolutional Neural Networks (CNN) to build a system to recognise faces, and determine their demographic and mood.

One of the more complicated challenges to produce was a set of a wide variety of catalogued faces that the system could use to "learn".

"We hired a group of guys out in India (and) we paid one rupee per annotation and these guys produced about three hundred thousand annotated images for us," Alexander says.

"Currently we have a data set close to five million data (points)," explains Alexander. "That set is what we invested money in."

The system has been installed in a shopping mall in KL in early 2018. It takes less than a second to identify the gender, age group and emotional state of somebody looking at it.

Unfortunately, Albert says that advertising agencies still need some convincing. "It's not so much getting a technology to work, as it is basically whether clients see a need for it," he stresses.

As a result, Albert is exploring other possible applications. "We feel that there's more traction in the area of customer experience.” One is in the use of dynamic billboards that changes what it shows depending on who is viewing it, for example showing different ads for men and women.

Another is to gauge customer satisfaction by unobtrusively observing their reactions.

Facial recognition adds another layer to customer service. Albert shares that they are in discussions with a jewellery company to identify returning customers so as to provide better service.

One of the concerns of the company was the privacy of their customer database, and fortunately Albert had good news for them. "We're not streaming any data images to the cloud, we process everything on the edge."

Engineering the hardware requirements was a tougher challenge. Eventually, they settled on a solution using GPUs manufactured by NVIDIA, in the process catching their attention. As a result, in Nov 2017 Glueck Technologies were appointed part of the NVIDIA global Metropolis Partnership Program.

"At the moment, we're the only Malaysian company and there are fifteen of us globally," Albert says proudly.

Glueck has also developed a system powered by a Raspberry Pi onsite to monitor and count road traffic in front of highway billboards, classifying them by vehicle type.

Despite the promising products, it is still a struggle for Albert.

"We still running in the red because the sales cycle is a bit slow," he admits. But he is looking to grow, to reach out to new partners around the world, while investing in more R&D to improve the technology. "At the moment we're talking a number of VCs about raising about US$2 million."

Albert explains that they have leads in regions like Indonesia and Europe, but is aware that speed is of essence.

"In terms of the AI technologies, a lot of new players are coming," he warns. "Especially China, (which) is putting in a lot of money, with their very deep pockets." 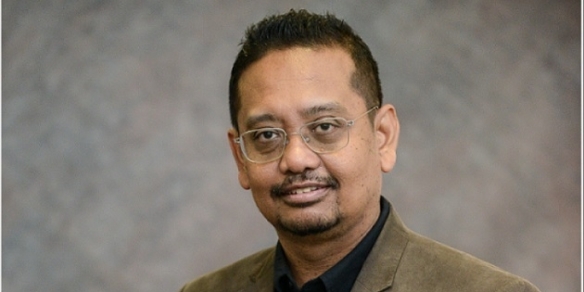