HAVING raised US$350,000 in its seed round in August, Malaysian-based automotive portal Carsome will expand into at least five markets by the end of the first quarter of 2016, according to its cofounder and chief executive officer Eric Cheng.

“We will go live in Australia and Singapore this month, and subsequently Indonesia and Thailand in the first quarter of 2016,” he told Digital News Asia (DNA) via email recently.

The startup was founded only in February. 500 Startups and IdeaRiverRun (IRR) invested in its seed round. [Disclosure: Last November, IRR also invested US$300,000 in DNA.]

Carsome also intends to raise a Series A round by year-end, and is aiming for US$2 million.

“The [Series A] funding is to strengthen our presence in the region after the expansion,” said Cheng, adding that the company will focus on enhancing its data-driven platform to serve customers better.

“This will [bring us] closer to our vision, which is to be the No 1 channel for buying and selling cars,” he said.

It also currently employs about 20 people across the region, and this will increase to 35 by year-end.

Cheng claimed that Carsome has grown at least five times in terms of active user base, revenue, transactions, and car dealerships, since its birth in February.

The startup is also seeing a 20% monthly growth rate in terms of revenue and successful transactions, although he did not give actual figures. Carsome is an automotive marketplace where potential car buyers can conduct research and compare car offers based on their location.

They can also get upfront quotes from Carsome-certified dealers without needing to go through all the hassle of going from one place to another to compare car offers, the startup says.

Cheng claimed users can save an average of RM3,000 for each car that is purchased via Carsome. [US$1 = RM0.23 at current rates]

“More than RM10 million worth of cars have been bought via Carsome since its inception,” he declared.

When it comes to selling used cars, owners can submit required details to Carsome, whose ‘inspectors’ will then set an appointment and provide a free inspection, according to Cheng, who added that Carsome has sold more than 80 used cars since its inception.

The company will then source for the best offers possible from its pool of dealers, and if the seller like what is offered, he or she can seal the deal and get paid within an hour, he claimed.

“We only charge car dealers when there’s an actual transaction. Essentially, this helps car dealers to save on advertising money,” he said.

The toughest challenge Carsome has faced so far was in trying to introduce its technology to traditional car dealers – “a rather conservative industry,” according to Cheng.

“Our goal at the very beginning was to build trust among the dealers so that they could see the benefits in collaborating with us,” he said.

Cheng said it is crucial to provide car dealers a good volume of genuine leads, while protecting their profit margins.

He claimed Carsome is better and “more genuine” than other existing platforms in providing leads to car dealers.

“So far, we have been able to deliver our promises to dealers,” he said. Carsome has about 300 dealerships on board currently.

He added Carsome also provides car brands with in-depth data analytics to help them to understand consumer trends better, which will ultimately increase their sales.

Cheng said he and his cofounder Teoh Jiun Ee had always wanted to build something that would deliver a positive impact.

The idea to start Carsome came after they heard about their friends and families’ experience in buying or selling their cars.

“Most of them had to go through many hurdles to buy or sell a car. Based on what we heard, it was either a story of overpaying for a car or being underpaid by dealers.

“So we saw the opportunity to reinvent the car buying and selling experience by being more transparent in the transaction process, which would benefit both consumers and car dealers,” he said. 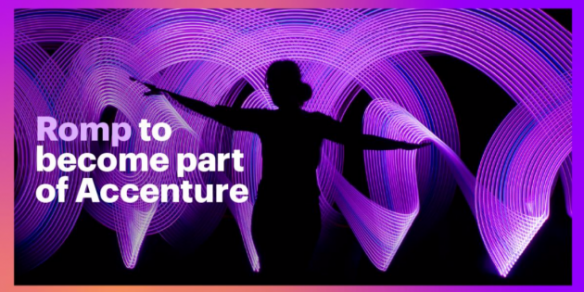