MANAGING a portfolio is relatively easy for institutional investors and high net worth individuals. Their relationship managers have an entire army of analysts ready to inform them when a target price has been hit.

For the average retail investor, monitoring stock prices can be a hit-and-miss affair. With no army to monitor the target price they are looking for, they may miss out on important price movements.

There are currently no solutions to monitor price movements for the average investor, according to Cynthia Siantar (pic above), cofounder of Singapore-based fintech (financial services technology) startup Call Levels.

“The problem is when Daniel [cofounder Daniel Chia] and I did another startup, we lacked the usual channels that our previous careers as financial professionals had afforded us, such as the Bloomberg terminal or a wealth manager to monitor stock prices,” she told Digital News Asia (DNA) in Singapore.

“We searched and talked to our peers in the industry, and found there was nothing out there that does this,” she added.

Former finance professionals feel the acute lack of monitoring tools, having taken for granted the resources available to them when they were still in the industry.

Call Levels’ angel investor, former finance professional Timothy Teo, was going through this when Siantar and Chia approached him to get his opinion on their startup idea.

“We were just looking for his advice and maybe an endorsement of the app,” Siantar said.

“When he saw the app, it solved his problem of having to constantly monitor his phone for price movements,” she added.

Call Levels became Teo’s first angel investment – he pumped in US$100,000 – giving the startup the external validation it was looking for, according to Siantar.

Teo’s faith was understandable, with Call Levels being shortlisted as Best Fintech App at the annual Appsters Awards, which will take place on Nov 18 in London. 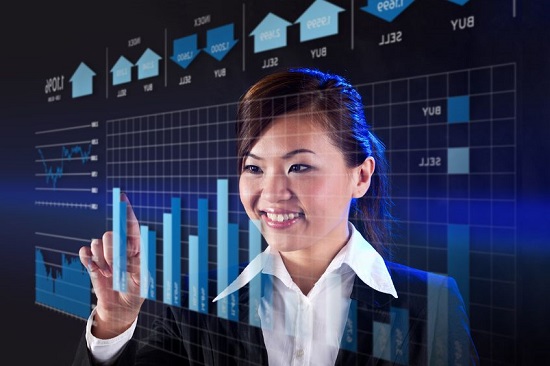 The Bloomberg terminal is synonymous with stock traders, but the platform is now over 30 years old, with few changes in its interface since launch.

“There’s really nothing after the Bloomberg terminal,” Siantar quipped.

As for latency between the app and the major stock exchanges, the longest delay Call Levels had for a price movement was a minute, she claimed. This is faster than the up to 15-minute delay that a Bloomberg terminal may experience.

Retail investors with no access to these machines represent the lowest-hanging fruit for Call Levels, because financial institutions often underserve them as the costs involved are too high, she said.

“No one has the ability to unlock the longer-term investors, because everything out there is too complicated, inaccessible or expensive to provide services to these retail investors.

“If we are able to use technology to make it very efficient, the cost will go down and you can provide the same services to everyone,” she added.

At the same time, managing institutional investors and high net-worth individuals can also be costly. The traditional way of informing clients of tips or price movement was via SMS (short message service), which can drive up costs.

While firms have moved on to WhatsApp and other instant messaging services to keep clients updated, there are still challenges around communicating through those platforms.

“WhatsApp still has the same problem of needing someone to monitor the price movements,” Siantar said.

“Before WhatsApp web, you also had to copy everything on the phone before blasting it out,” she said.

On the receiver side, clients might not want to receive these updates via WhatsApp, preferring to keep their personal and business communications separate, she added.

Call Levels is not seeking to replace everything that a relationship manager does, according to Siantar – it just wants to address the issue of monitoring.

“Customers will still want that personal touch, something that technology will not be able to provide,” she said.

The Call Levels app allows users to set the target price they want to be notified of. When that target price has been reached, the app will inform the user, who can then take action.

Currently the app only has U.S. equitites, forex (foreign exchange), commodities, indices and bitcoin monitoring. These were chosen due to their popularity among retail investors, according to Siantar.

“We identified globally what is the most traded – forex was one of them, US equities was also one of the highest traded equities, followed by commodities,” she said.

“These are the services that people commonly looked at, and want to be aware of the prices,” she added.

Indices are the benchmark most people use to judge their portfolio by, making it important to be aware of price movements, Siantar pointed out.

The bitcoin monitoring came about after a trip she made to Silicon Valley. “When I was in Silicon Valley, the people there only had bitcoins in their portfolios,” she said.

“To us, as long as we can fit prices, we could just add it in, helping them solve the issue of monitoring bitcoin prices,” she added.

The journey has been surprisingly smooth for Call Levels, according to Siantar, boosted by the fintech craze and helped by the entry of the Startupbootcamp FinTech accelerator programme in Singapore this year.

However, there is the issue of Asia being too cautious. “In Asia, we look to the West for innovations, and not the other way around.

“Asia is still more cautious, wanting a tried and tested model,” she said.

Still, that has not stopped the startup’s trajectory. Call Levels announced today (Nov 3) that it has secured US$500,000 in a pre-Series A round led by 500 Startups and including veteran finance professionals such as Gracelyn Ho, Koh Boon Hwee, and original angel investor Teo.

“It's simple and it works. This is why so many people use it. But the data they're collecting is incredibly valuable when you think about it,” 500 Startups managing partner Khailee Ng said in an official statement.

Call Levels also plans to work with a Singapore institution to offer monitoring for local equities in the next six to 12 months.

The main focus for Call Levels during this same time period will be on growing its user base. Currently, it has about 10,000 registered users, according to Siantar.

“The interesting thing is that the top users set about 200-300 call levels per week, meaning our users are already a deep well for us to tap,” she added.

The company is also looking to expand into one of the following markets: Hong Kong, London or New York.

“Response from London has been positive so far – the financial people there are receptive to technology,” Siantar said.