In a filing to Bursa Malaysia, TM attributed the decline in profits to the impairment loss on network assets recognised by the company in the third quarter of 2018. The amount of impairment then was around RM900 million.

“The Group will continue to review the economic circumstances revolving around these assets in coming periods to reflect any potential impairment or recoverable value,” the company said.

For FY18, the company recognised a total impairment of RM982.5 million for fixed and wireless assets “following the continued pressure from challenging business, industry and economic conditions, combined”.

TM attributed the lower full-year revenue to lower revenue from voice, data and non-telecommunication related services. “Data service was affected by the provision made on estimated impact of regulatory mandated access pricing,” it said.

For the fourth quarter ended Dec 31, 2018, TM saw group net profit decline by 74.85% from RM277.01 million to RM69.66 million, due to higher finance costs and a lower foreign exchange gain on the group’s borrowings as well as tax charges.

Revenue for the quarter decreased by 3.5% to RM3.09 million, compared to RM3.2 million during the previous quarter, due to a decrease in data, Internet and multimedia as well as non-telecommunication related services.

TM’s total debt for 2018 amounted to RM8.6 billion, of which 18% was in US dollars, according to its chief financial officer Nor Fadhilah Mohd Ali. Some US$200 million had been hedged, which was natural hedging against the company’s US dollar income, she told media during a press conference following the company’s 2018 financial results announcement.

TM’s capital expenditure (capex) spending for FY18 was below target, amounting to 18.1% of revenue or RM2.14 billion, as opposed to the projected 19% to 20% of revenue. Nor Fadhilah also said that the capex target for 2019 would be similar to that of 2018’s spend.

TM acting group chief executive officer and chief operating officer Imri Mokhtar (pic) said that the 2019 capex would be spent on connectivity and digital infrastructure. He added that the company was projecting a low to mid-single digit decline in revenue for 2019 as they expected the challenges faced in 2018 to continue next year.

However, he said the company expects EBIT (earnings before interest and tax) to be higher than the 2018 level in 2019, due to cost optimisation and leaner business operations.

Imri added that a key challenge the industry is facing is declining revenues, and that was no different at TM. Customer expectations he said, have increased by a few notches — they want better services at lower prices.

“We need to go beyond connectivity. We need to produce solutions that make up the landscape of the digital nation, namely enabling digital services and businesses,” he said.

To a question on the future of Streamyx, he noted that it is an important part of TM’s customer portfolio. “Moving forward, we will be exploring alternative technologies to deliver a better experience to Streamyx customers. We know the technical limitations of copper technologies, we are looking at fixed or wireless based [technologies] and once we have a firmer plan, we will announce it,” he said.

In a statement accompanying the results, TM said it accelerate convergence and empower digital in line with its transformation to reinforce customer centricity.

“The transformation plan will be anchored on the Performance Improvement Program 2019-2021 and will focus on bringing a convergence digital lifestyle to all Malaysians and on enabling enterprise and public sector industry verticals to realise their full digital potential whilst being the industry backbone, connecting Malaysia to the world,” it said. 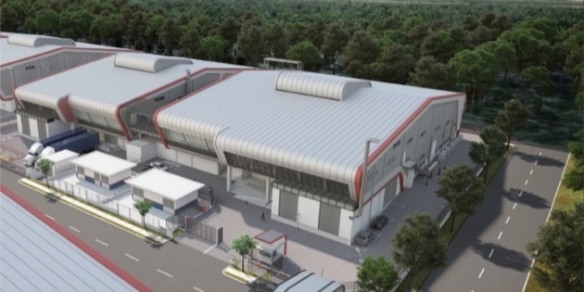