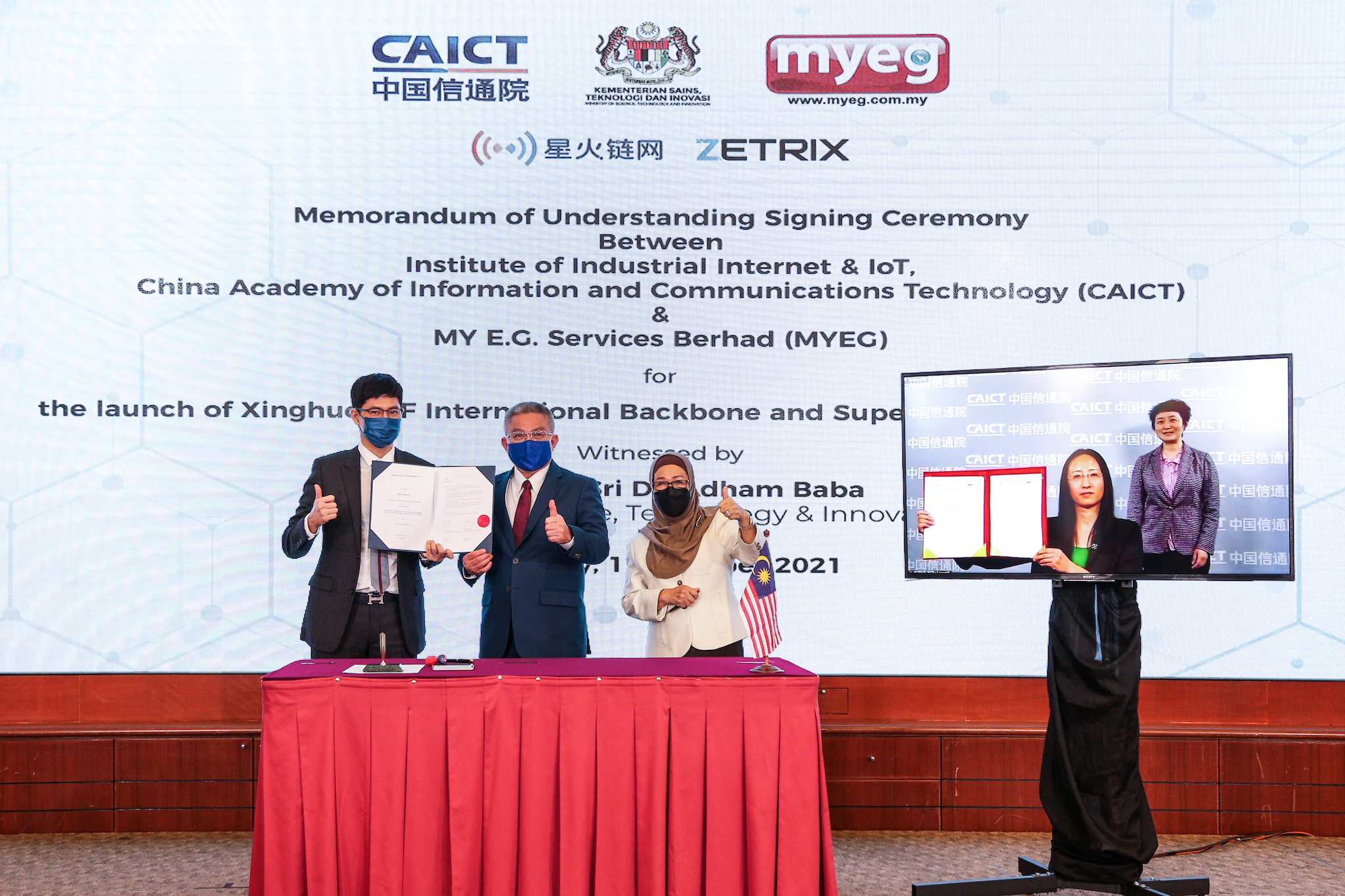 MY E.G. Services Berhad (MYEG) has signed a Memorandum of Understanding (MoU) with Institute of Industrial Internet and IoT, China Academy of Information and Communications Technology (CAICT) of China.

In a statement, the company said the MoU is for the international extension of China’s national blockchain network, Xinghuo Blockchain Infrastructure and Facility (Xinghuo BIF), by introducing backbone and supernodes outside China to be known as Zetrix.

It said countries and corporations especially in the Regional Comprehensive Economic Partnership (RCEP) regions can utilise Zetrix as a gateway to China’s Xinghuo BIF network to maximise the potential of the free trade agreement by leveraging on blockchain technologies.

MYEG said the pilot applications in blockchain will power trade traceability, digital identity, supply chain management, smart financing and digital trade and will enable a new wave of innovation and talent development towards a borderless future.

RCEP is the world’s largest free trade agreement, covering 30% of global GDP and 30% of the world population, with intra-regional trade among member countries amounting to some US$2.5 trillion annually, it said.

MYEG said it will work together with CAICT to establish Xinghuo BIF’s international extension platform, Zetrix ,and construct backbone and supernodes around the world.

Zetrix will also enable a gateway for public blockchains to integrate into Zetrix and Xinghuo BIF’s permissioned blockchain environments, making the network compatible for smart contract developers and enterprises, it said.

The strong collaboration between MYEG and CAICT will allow global enterprises an accelerated opportunity for direct entry into Xinghuo BIF, allowing them to leverage China’s new digital & blockchain infrastructure, it added.

MYEG said Xinghuo BIF is China’s national scale blockchain infrastructure, and it aims to promote digital transformation in the country and add value to digital assets in the future.

It does so by integrating blockchain, industrial internet and IOT, and building backbone and supernodes across the nation for safe, secure, and efficient data transfer and integration, it added.

Minister of science technology and Innovation Adham Baba welcomed the collaboration between CAICT and MYEG in constructing blockchain-based supernodes outside of China.

This will promote technology innovation creation of high value jobs and increasing cross border commerce and is a major step for Malaysia towards a digital future, in line with the agenda of 12th Malaysia Plan to digitalise the Malaysian economy, he said.

CAICT deputy director Wang Zhiqin said in the 14th Five Year Plan for National Economic and Social Development of the People's Republic of China and the Outline of Long-term Objectives for 2035, blockchain is listed as one of the seven key industries of the digital economy.

CAICT officially launched Xinghuo BIF on Aug 30, 2020. Zetrix backbone and supernodes will be fully compatible with the Xinghuo BIF infrastructure.

MYEG said will provide a competitive edge for local and regional companies trading with their Chinese counterparts and each other, to integrate smoothly and seamlessly with China’s supply chain network on Xinghuo BIF.

CAICT is a scientific research institute directly under the Ministry of Industry and Information Technology (MIIT) of China, while the Institute of Industrial Internet and Internet of Things in CAICT is responsible for the development, execution and implementation of Xinghuo BIF throughout the nation. 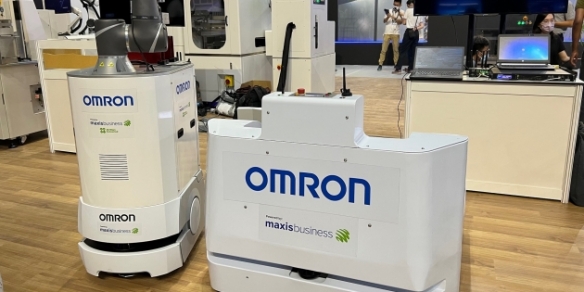