The service, along with its other online offerings in Philippines since 2017 helps reinforce its position as the country’s leading e-government portal. MYEG had entered into a joint venture agreement in 2017 with I-Pay Commerce Ventures Inc to take a 40% stake in MYEG Philippines for US$2 million (RM8.3 million).

The launch of the e-govt service is a realisation of a partnership between MYEG Philippines and Landbank that entails the implementation and integration of MYEG Philippines’ Electronic Payment and Collection System by Landbank. As the official depository bank of the Philippines and a fully government-owned entity, Landbank has more than 400 enrolled merchants, comprising national government agencies, local government units, as well as private enterprises.

Filipinos now have the convenience of being able to transact online through MYEG Philippines's portal with Landbank’s enrolled government agencies and merchants and pay through their preferred methods – be it electronically or physically at any of MYEG Philippines’s over 40,000 over-the-counter locations.

The commencement of the new service marks the latest offering by MYEG Philippines, complementing its other existing online services such as National Bureau of Investigation clearance and renewal and further solidifying its leading position as the preferred single window for Filipinos to not only transact hassle-free with all levels of government, but also to easily access a broad range of commercial products and services, such as insurance coverage and personal loans.

‘With 12 million users per annum and growing, the immense opportunity there means that Philippines is definitely an increasingly important market for us,’ says TS Wong (pic), Group Managing Director of MYEG. 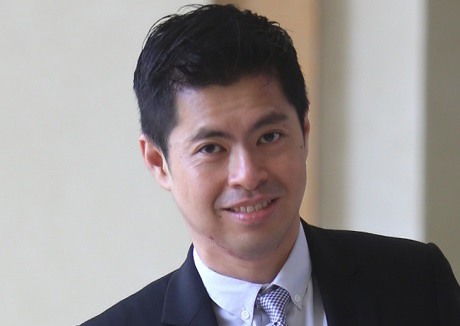 In its 2018 annual report, TS had highlighted that with more government services and commercial offerings in the pipeline to be progressively rolled-out, the Philippine business is achieving significant traction. The annual report shows that it made US$1.68 million (RM7 million) revenue in its 2018 financial year.

Among the initial payee agencies and merchants activated as part of the first phase of this service offered on MYEG Philippines’s online platform are:

● University of the Philippines – Los Banos

MYEG expects more payee agencies and merchants to be onboarded progressively in subsequent phases of the ongoing implementation of the service.