In Jakarta alone, according to Jakarta Police’s Directorate of Traffic, there were 17.5 million vehicles registered by the end of 2014, and almost 75% or about 13.1 million were motorcycles.

The number of vehicles, including motorcycles, increases by an average of 12% every year, while street development only grows 0.01% annually, creating the perfect conditions for a daily gridlock.

What Grab wants to do with GrabHitch is solve the traffic snarls people face every day by reducing the number of vehicles on the roads. This would, in turn, improve the city’s traffic flow.

Quoting data from the Central Statistics Agency (BPS), Grab Indonesia managing director Ridzki Kramadibrata (pic above) said that there are about 1.38 million daily commuters who travel in and out of the city centre from surrounding areas such as Bekasi, Depok, and Tangerang. Around 70% or 966,000 commuters travel by either motorcycle, or private car.

“Even though there is no further data on how many of the 966,000 are traveling on motorcycles, it is safe to assume that the majority of commuters are using motorcycles,” he added.
But how exactly will the new service will work?

Ridzki explained that people can now leave their motorcycle at home as there is no need to ride alone. They can find someone to share a ride with every day, and split the fuel costs.

The GrabHitch system is similar to the GrabBike service. It matches drivers with passengers in terms of destination and time. Passengers will then wait for their driver ‘friend’ and proceed to their shared destination.

The main difference would be that the driver is not a Grab partner, but a usual commuter who wants to share the burden of fuel costs, and have someone to ride with.

“GrabHitch customers are not bound to any Grab rules or rewards system, because drivers for GrabHitch are also the customers. However, we have security measures in place to protect drivers and passengers,” Ridzki continued. Anyone with a motorcycle and valid licence can offer their services as a driver by clicking the ‘drive’ button on the GrabHitch menu in the Grab application.

Drivers then need to upload a photo of their licence and a clear selfie as well as details about the vehicle such as motorcycle brand, model, plate number and type of petrol used.

Drivers will be prompted to authorise Grab in their Facebook app, which is used as a security measure. Drivers may then view a passenger’s trip details and mutual Facebook friends. If a driver is satisfied, they can proceed to accept.

A GPS navigation system will show the driver where to pick up and drop off their passenger. The driver will have to click "Drop Off" when the ride is complete.

A passenger who wants to hitch a ride will need to authorise Grab on their Facebook. Grab will use some information from Facebook to send out an alert to potential drivers.

The booking process is the same as with any other Grab service. However, since the system needs time to match drivers to passengers with the same destination and time, you will need to make a booking at least 10 minutes ahead. Advance bookings can be made seven days before a trip

GrabHitch only works for trips above 15 kilometres. The price for the service varies, depending on the kilometres, and the type of fuel used. Will it work?
According to Grab’s internal study of 10,000 commuters in Jakarta and its surrounding areas (Bogor, Depok, Bekasi, and Tangerang), 73% commute to the office with private vehicles, and 70% are willing to share their ride for additional income and to cover fuel costs.

Digital News Asia (DNA) talked to 10 commuters around the Jakarta area, and eight are open to the idea of GrabHitch for the sake of efficiency, not having to wait for a bus or train and being able to make new friends.

“The travel distance from my home to office is about 23 kilometres, and if I cannot make the train I will need to catch a bus or motorcycle taxi. Transportation costs for a day can be Rp50-60,000 (RM16.10-RM19.30). If I take a taxi, then the cost goes up incredibly,” Maharani Sagita, who works in a bank, told DNA. She is very keen on the GrabHitch service.

“I drive my motorcycle every day in and out of Jakarta. Sometimes it is very challenging, and tiring, but if I take another form of transport, it will be expensive, so if I have someone on the way home who can share the transportation costs, why not?” Rahmat Adiputra, a restaurant manager said.

Two were not open to trying GrabHitch for reasons of security and comfort.

“If it is a Grab driver I think I will try, because if anything happens, at least I know Grab has their full details,” Dedi Sigit, an HR personnel said.

“For me, it is not safe for a stranger to know where I live, when I go home or to work or see my Facebook profile. If the person is someone I know, then maybe I will try,” Agustina Liem, an equity analyst said.

With these concerns in mind, Ridzki said they would strive to ensure that trips were safe. He added that existing features such as ‘share your trip’ will be available in the GrabHitch menu.

When asked about whether the service will be launched in other cities, Ridzki said that for now it will be unique to Jakarta, because its traffic conditions are the worst, and the number of motorcycles is increasing.

“We have GrabHitch for cars in Singapore, because it works well with that society. But when it comes to other countries, other cities, we need to localise the service to meet local conditions and demand,” he explained.

Grab currently has over 460,000 drivers across the 31 cities and six countries it operates in, with over 23 million mobile app downloads.

Grab releases new GrabCar fares, but is it lower than Uber 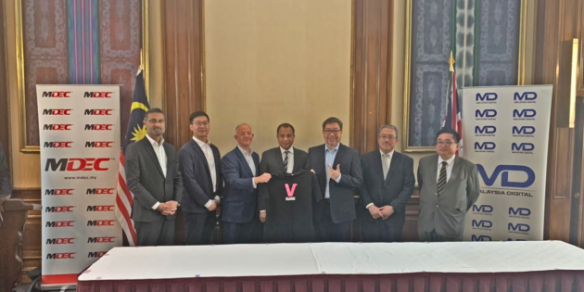