Fusionex delisting drama may not be as simple as it seems 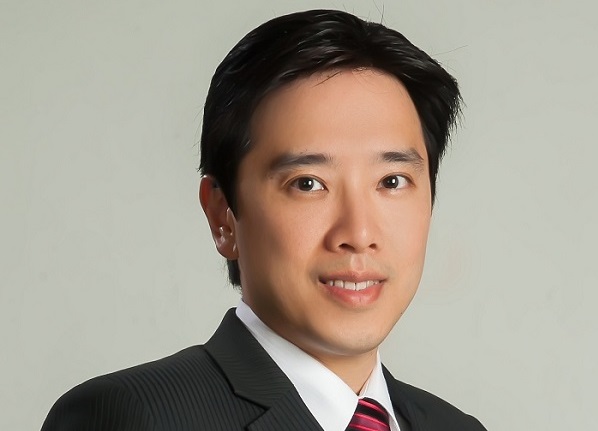 THE past week has been a roller-coaster ride for Fusionex International Plc founder Ivan Teh (pic) and his team - whereby the company's shares fell drastically after it announced that it wants to seek shareholders’ approval to delist from the London Stock Exchange AIM.

The shares - which were trading at around the 150 pence level for most of last year - came tumbling to sub-50 pence level.

That's not all. The company's non-executive chairman John Croft, joint-broker Peel Hunt and its PR firm Buchanan quit abruptly before the announcement. There were news report that suggested that Croft's resignation was a sign of his "unhappiness" on Teh's delisting plan.

According to a source close to Fusionex, a board meeting was held several days before Croft's resignation. The delisting was discussed during the board meeting and Croft apparently approved it.

"He signed an irrevocable declaration to vote in favour of the delisting," said the source, who declined to be name due to the sensitivity of the information.

So, what led Croft to change his mind? At the time of publishing, Croft has yet to respond to email queries sent by Digital News Asia (DNA). (Editors' note: DNA will provide an update as soon as Croft replies)

At press time, Fusionex shares were trading at 42.25 pence - representing a 74.2% decline year-to-date, and over 90% decline from its peak in 2014. It is also unsure why the company's stock has suffered from such a steep decline, despite being in the hot Big Data and Analytics space.

"It would seem that the recent incidents may be triggered by some party which wants to prevent the delisting from happening, and also to benefit from the share price tumbling," suggested the source.

From the surface level, it seems that minority shareholders and major shareholders like Teh are the biggest casulties.

Undervalued for too long While Teh and the board has initiated an EGM to call for a vote in relation to the delisting exercise from the London Stock Exchange's Alternative Investment Market (AIM), Teh tells DNA that he plans to do it the "right way" by seeking shareholders' approvals.

The AIM rules require that cancellation of admission to trading on AIM need 75% of shareholders to vote in favour as opposed to a simple majority of 51%. The high threshold ensures a fair degree of minority shareholders to support the exercise as well.

Of course, there are other alternative means to delisting from AIM, like removing the nominated advisor of the company and not hiring a new one.

For Teh, the main driver for such move is his belief that Fusionex has been undervalued for a long time on the market.

Since February 2016, the company's stock have been trading between the 120 pence and 170 pence range. This range is not far off from the initial public offer price of 150 pence a share in 2013. The company’s stock was consistently trading between 300 – 400 pence prior to this.

Since it was listed on AIM, and excluding the global enterprise tech players, Fusionex has grown into one of the larger big data solutions providers in Asia. Its clientele has also increased tremendously.

Despite the growth, the company's stock has remained largely flattish over the past 15 months (with the exception of the recent tumble).

Post EGM, there will be a possibility of two outcomes. First outcome: Fusionex shareholders reject the move to delist.

Second outcome: At least 75% of shareholders approve the motion, and the company will be delisted from the stock exchange on June 27, 2017.

What happens IF it is delisted?

If that happens, shareholders can still retain/ hold their Fusionex shares. While these shares will not be traded on the public exchange, it can still be traded on a private, off-the-market, platform.

Teh highlighted that the delisting of Fusionex on AIM was definitely not the "end of the road" for the company, but instead allows Fusionex to focus its energy and to invest for the long term so that it is able to achieve a faster and more effective growth.

"Similar to our IPO not being the end of the company’s journey then, the proposed delisting of Fusionex is just the start of a new chapter into the story of the company and the rise of a new beginning," he tells DNA in an interview.

Teh hopes to receive existing shareholders support for this proposed exercise. He believes that those who have the company’s interests at heart would understand the reasons for the delisting.

"We believe the company's stocks are really undervalued and we believe it can do way better," said Teh.

When asked, Teh did not disqualify the prospects of a possible re-listing in the future.

"We are open to all options. But for now, we need to wait and see outcome of the EGM first.

"Of top of that, our key focus will remain on 3 things – rewarding our deserving team members; working towards continuously enhancing our offerings and technology to stay ahead of the curve; work towards our quest to provide our customers with quality products and offerings. A tech company’s fundamentals ultimately hinge on these 3 pillars. With these pillars intact, the rest of the things will take care of themselves. With this strong focus and determination, Fusionex will be able to weather through all storms and ultimately provide optimal value to shareholders," he says.