In a special episode of Top in Tech last month, Farid Yunus, CEO of mobile virtual network operator (MVNO) redONE Network Sdn Bhd, sat down with Top in Tech for a chat on innovation and how, redONE, although it is not seen as a leading telco player in Malaysia, has built itself strong market momentum and is heading for a IPO in Malaysia some time over the next six months.

Funds raised from the listing will give the fast growing telco, a strong shot at achieving its bold vision of wanting to be the largest MVNO in Southeast Asia. In other words, Farid aims to succeed where Tune Talk has so far failed.

It won’t be easy. “Why, why are you doing this to yourself, be happy,” he shared about his wife questioning the bold target he has set for redOne.

But then Farid has plenty of skin in the game. Together with Teh Beng Hock and Tee Yew Yaw, the trio own 75% of redONE with other investors holding another 25%. For background, Teh and Tee bought out the struggling Redtone Mobile in 2012. Farid became a shareholder in his second stint as CEO when he resigned from Celcom in 2019. With redONE partnering Celcom for its network needs, Farid who was a fast rising executive at Celcom as its chief strategy officer was seconded to redONE to help the upstart get off on a fast start, returning to Celcom in 2017.

And to be clear, he does not need the IPO proceeds to fund his regional expansion. Fuelled by profitable operations with over US$113.6 million (RM500 million) in revenue last year, redOne is already in Thailand, which it launched a year ago in June 2021 while it was already operating in Singapore as early as Sept 2019. But he notes, “our regional story will enhance our IPO appeal.”

Recognised among his peers as a straight shooter, Farid, while aiming to build redONE into an innovative company, was not afraid to admit that they too lost the plot for a while.

“Sad to say, but as companies get bigger, and bring on more staff and become more process driven, you lose some of that innovative drive.”

But seizing upon the shock the pandemic delivered to businesses, it gave redONE “a fantastic opportunity to innovate as the impact of the pandemic challenged the old, rigid culture of business,” he says.

He also took the opportunity in responding to a question from the online audience about coverage by issuing a challenge to telco regulator, Malaysian Communications and Multimedia Commission.

“We have been gladly contributing to the Universal Service Provision Fund for the past few years but we cannot tap that fund to roll out coverage as we do not have the requisite licence. But we would love to do so. Give me the 450Mhz spectrum and I will cover 100% of Malaysia’s population,” he declares.

Either way, Farid and redONE plan to keep growing until they join the ranks of the Big Four in Malaysia, the moniker given to the group of leading telcos of Celcom Axiata, Digi, Maxis and Umobile. Big Five, anyone?

The following Q&A has been edited for brevity. You can also watch the entire conversation in the clip below.

Your grand proposition is so deceptively simple; “Back to basics, life is complicated enough.” Yet life is even more complicated today with war in Ukraine, supply chain snarls, rising inflation. But how do you deliver innovation around that tagline?

Well, 10 years ago, postpaid plans were not simple. There were all kinds of conditions and stipulations. We decided to cut through this and come up with a simple proposition: Free unlimited calls and the lowest postpaid plan at RM8 monthly. Mind you, the cheapest was RM80 back then.

And, we were also the first telco to go paperless, meaning subscribers could be registered by our dealers instead of having to walk into a redONE centre. Using just a smartphone, smartcard reader, and sim card, our distributors could sign you on.

Furthermore, you can also innovate your business processes. Typically for postpaid dealers, the telcos will incentivize them by giving a lump sum upfront. We give our dealers little upfront.  Instead we give them a percentage of the customers’ bill for as long as the bill is paid. It’s almost a form of direct selling. However, with post-paid you also have a problem with bad debt. But here, if a customer doesn't pay me, my dealer doesn’t get their commission as well. They will actually chase the customer for payment!

An added benefit of our very low churn rate and the passive income dealers were earning was that it really helped them through the pandemic. They had to close their shops and stop roadshows, but they’re still earning a four-five figure salary monthly.

Your vision is to be the largest MVNO (Mobile Virtual Network Operators) in Southeast Asia. How are you going to achieve that?

Malaysia is very competitive and has 7 spectrum holders. For years, we realized that to truly grow, we needed to go into the regions like Thailand and Indonesia, which had no MVNO and are green ‘fields’ for us, though I note MVNO’s are not allowed in Indonesia, yet. We launched in Singapore in 2019 and Thailand last year and have more than a thousand agents there already.

Rate (1-10) the innovation level of the company, and how are you going to drive it higher?

In the early days, I would probably rate us at 7. But sad to say, as companies get bigger, and bring on more staff and become process driven, you lose some of that innovative drive. However, the pandemic has forced us to be more innovative and agile. We have uberised how you (subscribers) find an agent. They will come see you to sign you up.

So, we are slowly becoming more innovative and agile again but we have a long way to go.

And also, one other thing we did at the end of last year was to set up a digital division. As we tend to work in our own units the tendency is to end up being siloed. To knock that down, I took people from various business units and placed them in this division with the goal of helping us become more digital, end to end.

Do you think that people who join redONE are comfortable to try something crazy that could fail?

We do try things and fail all the time. And we don’t waste time trying to salvage them, we just move on. But you only need to get one idea/project right and we need to fail fast and learn.

Why do you want to be a superapp? What kind of services can people expect?

Aspiring to be a superapp is about broadening your sources of revenue. We cannot just remain as a company that provides network voice and data access.

We started being a reseller for insurance, credit cards and home insurance. The goal is to get 20% of revenue from non-telco services. We also have a money lending license. So far we only lend to our partners, and have lent RM20 million last year at a good rate. The largest loan was for RM1 million. Next step for this is lending to our consumers. If you use Red ONE for more than 3 years, I know exactly where you live, what apps you have, what websites you go to, what you spend on, and I can calculate my risk ratio on how much I can lend you. We have more information than the bank!

You want to be a single SIM for ASEAN. How are you going to achieve it? And is there already one?

Not yet because, we’re in the midst of changing our backend systems to enable the SIMless service. However, if you’re a redONE user from Singapore, you can come to Malaysia and use your phone with no roaming charges. That’s one SIM, two countries. There are 350,000 Malaysians crossing daily into Singapore.

Where will you see redONE 10 years from now as an innovative company?

Dude, I don’t even know what it'll be like three years from now. Things are just changing too fast.

What do you feel are the opportunities and challenges for companies in the next 2-3 years?

Well, because every company has become more digital in this post-pandemic era, my biggest headache is people. I can’t get enough people with the right skills because everyone is competing for the same base of app and iOS developers. And I am talking about companies based outside Malaysia. For example, I have Singaporean companies poaching my developers. And I cannot afford to match the salaries offered.

For opportunities, I don’t think I have any deep insight to what they would be. And, even if I did, I wouldn’t reveal them as I would be working on them myself! 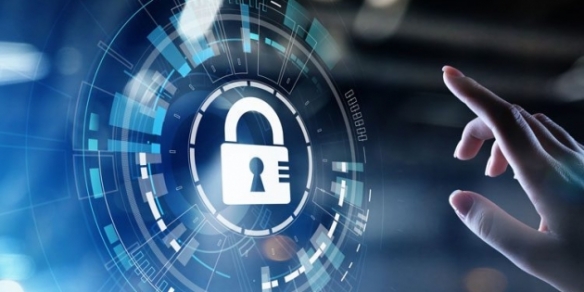