YOU will not be alone in thinking that DNA and Leaderonomics Sdn Bhd have perhaps gone overboard with the title of our CEO Conference to be held, “Malaysia Living Dangerously”. But as Minister of Communications and Multimedia, Gobind Singh Deo noted on Fri when opening Celcom Axiata’s new office, “The whole world is going digital.” Malaysians and Malaysia must as well.

And actually Malaysia is doing quite decently. In the IMD’s World Digital Competitiveness Ranking 2018, Malaysia ranked 27th, which was actually a drop of three spots from 24th in 2017. And there are other global rankings that place Malaysia higher. The point is not so much about how Malaysia ranks, it is more about how fast we adapt to a fast changing digital world to seize the opportunities that open up from this disruption.

The fact that Malaysia slipped three spots in the recent IMD rankings is not because we were not moving ahead, it’s just that other countries are moving faster than us. Malaysia has to move faster.

And one area where Malaysia is weak in its Digital Economy is with its SMEs or Small and Medium Enterprises. Making up 98.5% of all Malaysian business establishments and numbering at 907,065 a recent study that was released as part of the SME Corp 2017/2018 Annual Report gave a glimpse into the current state of digitalisation among Malaysian SMEs sector. Titled, “Accelerating Malaysian Digital SMEs: Escaping the Computerisation Trap”, the study highlights challenges being faced by SMEs in order to be completely digitalised.

SME Corp worked with Huawei Technologies (M) Sdn Bhd, which sponsored the study, conducted during the period of May to June 2018, supported by IDC Malaysia and University Consortia in conducting the Malaysia Digital SME Study.

The conclusion was that SMEs are caught in a computerisation trap, not realising that they have stopped short of greater productivity gains and sales growth from investing further. To be truly digitalised, SMEs must re-engineer their businesses by ensuring that their business strategies, processes, and infrastructures are aligned and fully integrated to support their digital transformation, says the study.

The results of the study do not surprise Nikolai Dobberstein (pic, right) the keynote speaker at the CEO Conference that DNA and Leaderonomics have partnered together to organize. Nikolai also thinks that the “Malaysia Living Dangerously” title of tomorrow’s conference is not an exaggeration. “I think it is very appropriate. If you look at the facts, at the end of 2017 SMEs contributed 37% of GDP, yet only 20% have adopted some manner of digital tools – and it is even lower for the manufacturing sector. So there is a real risk for Malaysian SMEs to be left behind,” warns Nikolai, a Partner and head of Communications, Media and Technology practice, Asia Pacific, AT Kearney & Head of Malaysia Practice.

Nikolai will talk about the consequences for Malaysia and the companies that remain low in using technology to improve their competitiveness during his keynote.

One SME that will not be worried about its competitiveness is Zeehan Zahari, co-founder of Food Addiction Sdn Bhd which operates restaurant, Copper. Despite being busy running the business side of the restaurant while her husband took care of the food side as chef, Zeehan felt that there was surely a more effective way to engage customers in terms of keeping the retention rate up and ensuring customers come back more often.

And she found a way that was data driven.

Infact, today, she is able to say: “The data extracted was like gold as we were able to grow the customer life time value to almost triple what it was before.” But that’s still not good enough for her. Having tasted the power of data and analytics, Zeehan says, “I want to still double it (customer life time value) from where we are now!”

And Zeehan isn’t the only SME owner to come share her experiences in adopting digital to increase revenues. Joining her will be the likes of Nicholas Gan who runs a forklift business and Giden Lim of Bloomthis who twice failed to apply an e-commerce layer to his own family’s flower business but is now succeeding at the third attempt! And joining them as well is Siti Faradilah who has taken over from running Comfort Taxi from her father.

Now what can a Brick & Mortar SME possibly learn from Gan in his forklift business about adopting digital, one may wonder. Or from Siti, who is trying hard to convince her drivers to adopt to digital or get swept aside by consumers.

A lot, say DNA and Leaderonomics and surprisingly most of the lessons are not around the technology but around leadership, culture, developing people and overcoming fear of change. The various SMEs that we have invited to come share their experiences are not household names or great speakers, they are just SME owners who are using whatever tools they can to help their businesses be more competitive and ultimately more successful.

And in today’s world, with the Digital Economy being a mega-trend, going digital is a logical path forward and upwards.

We also have an entrepreneur who took two decades to build his education dream from an office lot to a world-class US$122 million (RM500 million) campus in 2017. Dr Parmjit Singh (pic, right), the CEO of Asia Pacific University of Technology and Innovation will share the three key things that he feels led him to ultimate success in his sector.

So if you are an SME or know of an SME that is reluctant still to adopt digital in their business, no one’s talking about transformation her, have them sign up for our conference. It’s tomorrow! 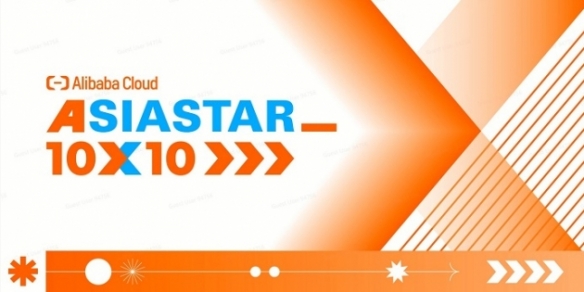