Forty-seven percent of total revenue in the observed quarter was contributed by data revenue. The company’s data performance grew stronger from RM661 million in 1Q17 to RM762 million in 1Q18, displaying a growth of 15.4% y-o-y.

There was also an increase in y-o-y data consumption from 5.0GB to 9.5GB per month, per data subscriber.

In the media briefing held in Menara Celcom on May 24 Celcom Axiata chief executive officer Michael Kuehner said that Celcom’s continuous network enhancement as another fundamental compartment in sustaining its growth in the market.

Intense investment and labour are being put into delivering the expansion of its 4G population coverage to 88% in 1Q18, and 76% for LTE-A.

“We have continuously set our focus on network as a contributor and it is evident with our latest achievement; Celcom is now delivering four-star rating for HD-rated YouTube video streaming in 20 major cities in Malaysia, compared to 18 cities in Q1 2017,” he added.

Celcom has shown a consistent growth since 2017, and the company believes that its accelerated transformation of culture and people, customer experience, alongside cost optimisation measures are the key ingredients to its improvement.

Through its adaption of Agile way of working, the company is able to infuse a more collaborative environment among its employees, and further shaping the capability to anticipate, respond and deliver what the customers need, and beyond.

An #AgileCelcom will also pave the way for a more empowered workforce and self-organising teams that will encourage faster decision-making, speedier product and service delivery, as well as overcome tailbacks in providing awesome customer experience.

Kuehner said, “We realised that we needed to create a sustainable competitive advantage for Celcom, and it has to start within our workforce. Therefore, we introduced ‘an Agile Celcom’ to ensure that our own employees are living up to their purpose, becoming more responsive and innovative to the changing market.”

The transformation towards being an agile company and putting the customers first has delivered encouraging early result, with a quarter-on-quarter (q-o-q) increase of its Retail Touchpoint Net Promoter Score (tNPS) score of nine points, from in 68 in 4Q17 to 77 in 1Q18. The observed quarter also displayed a significant drop in customer complaints of 53% in comparison with 1Q17.

Digital transformation is another key enabler for Celcom to deliver customer experience. The company is making progress in digitising its touch points and marked a digital uptake growth of 54% from 1Q17 to 1Q18.

Celcom also introduced its refreshed website recently, for a more streamlined and user-friendly look, with an easier navigation system.

Celcom is all geared up to leverage on Artificial Intelligence (AI) in taking customer experience to greater heights.

The application of AI in its operation foresees Celcom to be able to provide 24/7 customer service and complaint resolution, a personalised and predictive interaction with customers, increase efficiency and further enhance its reliability and consistency in service delivery.

In the next quarter, driving culture and people transformation towards being an agile company will remain as Celcom’s special focus area.

“We have begun challenging our “business-as-usual” way of working and will continue to revolutionise our interactions and the delivery of great products as well as services for our customers. Look out for our updates soon!” he concluded. 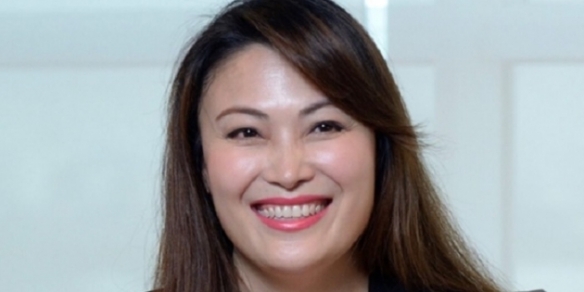