"We've got to educate our customers around the possibilities of the cloud again," said Jonathon Dixon (pix, below) Amazon Web Services (AWS), Asia Pacific & Japan Head for Enterprise Business Segment.

It might seem a strange statement to make, given that most companies have been pushed to digitisation already thanks to the bizarre circumstances of 2020. However, Dixon is talking about what the cloud can do beyond the obvious, and what companies need to do to get there.

"(It's) not just the operational savings and the agility you get from it but also the ability to innovate, to go global in seconds and to build for your customers and reinvent much more quickly than you can do if you go into those old traditional waterfall project models."

As an example, he points to Hanjin group in Korea that owns, among others, Korean Airlines. Historically, for the last 20 years, Hanjin was dependant on an outsourcing relationship with a major hardware provider across they whole chaebol group providing a traditional solution. "(Now) they're migrating all their legacy databases, (and) all their legacy applications and services onto AWS," said Dixon.

"This is a really conservative organization that is going hard on cloud, and have started to see a lot of benefits from it."

Examples across the region

In terms of what companies have been hoping to get by moving to the cloud this year, Dixon said that objectives included improving efficiencies, ensuring business continuity, and trying to innovate customer service. Singapore may have the recognised lead in digitalisation efforts, but these are the patterns that Dixon is beginning to see replicated all through Southeast Asia, particularly in Malaysia, Thailand, and Vietnam.

It is helped by national governments trying to capitalise on opportunities for significant economic growth. For example, national policies are now pushing AI as an agenda, such as Malaysia's National AI Framework and Singapore's National AI Strategy. "What we're seeing more and more is that machine learning and artificial intelligence are becoming absolutely critical."

Apart from the more prominent customers in Malaysia such as Petronas, Maxis, and Astro, there is also progress from smaller entities such as the Smart Selangor Delivery Unit (SSDU) in Malaysia. "They've worked really closely with us to build a citizen's electronic payment system and platform, to enable Malaysians to easily access government services, to do tax assessments and make compound payments."

In the Philippines, Dixon gave the example of Globe Telecom, that is transforming to becoming cloud-based, both in moving their data and IT estates, as well as a new cloud-based contact centre service, which Dixon described as being "as progressive as anywhere in the region". Another is Union Bank, which are working with AWS to improve storage archiving. “They've improved their backup time from eight to two hours, and they're saving 75% of employee's time.”

Stressing that there are pockets of innovation across all of the region, across all industry verticals, Dixon explains, "We're providing the infrastructure and the platforms, we're working with a range of Independent Software Vendors (ISVs), and that's a great example of a long-term vision."

Dixon speaks of some factors that would make an organisation successful at going digital by fostering a culture of innovation. "Within each organisation you do need leaders that are sort of pushing this journey," he said. "You need the champions that are getting in their company’s culture, the freedom and the air cover to invent, to ideate, to fail, and learn from those failings, and excite the company."

"The company itself makes a bold vision, the talk around that is how they focus on innovation, focus on their customers, and how they need to improve (and reimagine) their customer experience."

Putting that into practice then needs agile practices, moving DevOps away from the old waterfall project style of engagement. "I think about some of the big banking institutions that are doing that now: DBS in Singapore, National Australia Bank, Commonwealth Bank of Australia. They're moving from traditional siloed organizations to these more agile DevOps sort of practices.”

Dixon acknowledged that acquiring skills are the biggest bottleneck to achieving this goal. He called it a "massive race" to bring talent to the fore. For example, the National Australia Bank is getting 5,000 people to be certified with AWS, DBS is training more than 500 people on AI and ML, while Kmart are training 80% of their headquarter staff to be familiar with the concepts of being agile and performing sprints.

Meanwhile LG in Korea decided to take a more hands-on attitude, building 73 applications in 70 days. "That was a great way for them to learn what is possible. Now they have the skills themselves, not just for transforming LG as an organization, but also for LG CNS (their internal SI unit) who is helping us now serve the enterprise market in South Korea."

Certainly, speed matters. "I think companies need to have a vision and their executive sponsors willing to put their professional and company reputation on the line, to encourage experimentation and failure, (and) to stop doing analysis paralysis."

Regardless of what 2020 brings, Dixon is optimistic about the future. “We're really committed to the region, we're really excited and we believe that a lot of innovations are happening out in Malaysia, across Southeast Asia, and across Asia Pacific.” 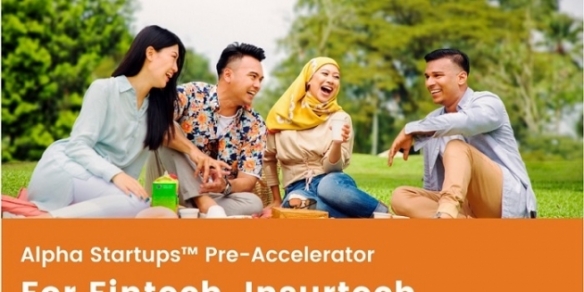