Novatti Group Limited, a leading fintech that enables businesses to pay and be paid, is pleased to announce that it will acquire ATX Fintech Holding Sdn Bhd, a Southeast Asian fintech specialising in payments, based in Malaysia.

Novatti has been a partner of ATX since 2015, which has resulted in a strong understanding of the business, greatly de-risking the acquisition. Founded in 2011, ATX provides traditional retail stores and kiosks with digital payment services, such as third party bill and product payments.

Describing ATX as a leading payments fintech in Southeast Asia, Managing Director of Novatti, Peter Cook said, “We have thoroughly enjoyed working together as partners since 2015 and see high value in the innovative solutions that ATX has developed for digital payments.”

“The acquisition of ATX will not only provide Novatti with a strong business in Malaysia, it also provides a platform to continue our expansion in Southeast Asia, where we see increasing growth in digital payments. This growing demand has already supported a number of Novatti’s other recent activities in the region, including the expansion of our partnership with Ripple into Thailand, after launching in the Philippines earlier this year.” Founder and CEO of ATX, K. Sashie Kumar (pic), said: “We are thrilled to be joining the Novatti team. Having worked together for several years, we know the strength of Novatti’s solutions and believe we can add value. We are particularly excited by the prospect of working together to expand in Malaysia and Southeast Asia.”

In FY21, ATX generated normalised annual revenue of A$3.0 million and EBITDA of A$0.6 million. This would have represented an additional 18% annual sales revenue for Novatti in FY21 alone, increasing from A$16.5 million to A$19.5 million.

Under the terms of the acquisition agreement, Novatti will acquire all of the issued share capital of ATX Fintech Holding, the Malaysian parent company of the ATX group, for a minimum consideration of approximately A$8.4 million up to A$9.9 million, payable in cash and Novatti fully paid ordinary shares in two components:

None of the selling parties are related to Novatti.

The agreement also includes provisions customary for a transaction of this nature, including clauses for pre-completion undertakings, the continued employment of key personnel, post-completion adjustments and obligations, warranties and representations, confidentiality and non-competition/solicitation.

Whilst Novatti has progressed its due diligence investigations into the proposal, the agreement remains conditional upon finalising due diligence and, among other things, ATX obtaining requisite consents and approvals required in connection with acquisition. Completion is expected to occur by the end of November 2021.

ATX has established a number of business and consumer facing brands, including:

In May 2020 it was part of the first cohort to receive funding from Scaleup Malaysia, a leading venture accelerator in Malaysia.

To date, the Novatti-ATX partnership has largely focused on leveraging Novatti’s technology. Going forward, the acquisition creates an opportunity for Novatti to use its ecosystem and resources to scale the existing ATX business in Malaysia, introduce additional Novatti services, such as billing, and further expand across South East Asia. In addition, there is potential to add other value added products into ATX’s customer base.

The acquisition presents strategic value for Novatti on a number of fronts, including:

This announcement follows some of Novatti’s other recent growth-focused achievements, including: 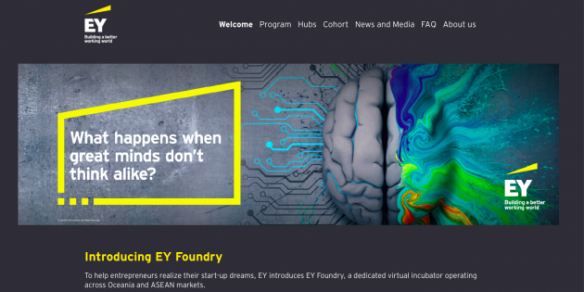