THE ongoing conflict between taxi companies and ride-sharing apps in Indonesia boiled over yesterday (March 22) as thousands of taxi drivers took to the streets in Jakarta to stage a protest that escalated into violence in some areas.

This time even bus drivers and motorised rickshaw drivers protested. Jakarta police estimate that more than 5,000 people took part in the rally, making it hard for commuters to get around and bringing the city to a near standstill.

A government official later said that 83 people had been arrested. Watch a BBC video here.

Jakarta came to a halt, with no option for public transport besides the TransJakarta bus line. The police even formed an impromptu taskforce to help commuters get to work in police vehicles.

This was the second such rally in a week, although the earlier one demanding a ban on ride-sharing apps such as Grab and Uber was more peaceful.

Yesterday, even passengers faced the ire of drivers.

“The driver of the taxi I took told me to get off at the side of the road 10 minutes after I got on, asking me to pay double the price if I wanted to continue to my destination, which was the airport,” consumer Abigail Merida told national TV station Kompas TV.

She disembarked and removed her luggage from the trunk, but was immediately confronted by three other taxi drivers who demanded she pay her driver, or any one of them, the double fare.

Abigail managed to move away from the angry taxi drivers, and used her smartphone to get a Grab ride to the airport.

Taxi drivers and companies have been pressuring the Indonesian Government to ban ride-sharing apps, saying that they have adversely affected their livelihoods and business.

“I have three school-going children that I need to take care of, but my income has shrunk by about 50% per month,” said Rahmat Cahyadi, who works for Express Taxi.

“Before Uber and Grab came, we already faced competition from other taxis. But now, it is worse,” he said.

Another taxi driver, Tatang, who plies the airport route, said his rides have plunged since Grab and Uber came to town.

“Usually I would get about eight rides to and from the airport every day, but now, the average is only about six,” he told Digital News Asia (DNA).

As taxi drivers went about their protest, Indonesians, especially those living in Jakarta, staged their own protest on social media, declaring their support for Grab, Uber, and even local startup Go-Jek.

On Twitter, many expressed their disappointment over drivers resorting to violence, and also accused taxi companies of being unable to compete.

“Customers will be reluctant to take taxis, as many pictures on social media showed drivers had brought along weapon to the rally,” he said.

“Whether it was really drivers or only certain individuals who wanted to provoke violence, it worked – people are now scared to take taxis knowing that drivers may be hiding weapons somewhere in their vehicles,” he added.

However, Yudi predicted that this effect would be only temporary, perhaps over the next month or two, depending on how well taxi companies fix and improve their image, currently set back by the rally.

“Taxi companies just have to focus on bringing the best mobile app experience to their customers –currently both the Blue Bird Taxi and Express Taxi apps are not really responsive,” he said.

“If both companies can regain customer trust, people will start using their services again, as Grab and Uber alone cannot fulfil taxi demand in the city,” he added.

Bahana Securities also predicted that Blue Bird Taxi’s net profit would decline over the next two years due to the greater competition. Facing a barrage of complaints on its Twitter account, Blue Bird Taxi responded by giving free rides starting from midnight March 22, for all of its regular taxis, over the next 24 hours.

As at press time however, the hashtag #PercumaGratis (‘free is useless’) was trending on Twitter.

“Blue Bird’s management urged our drivers not to participate in the rally, but some participated and were not serving our customers,” she told a press conference, reports Ervina Anggraini.

Noni said the company would take action and even fire drivers who were violent at the rally.

Blue Bird denied accusations that it had backed the rally, saying that even some of its drivers had to be hospitalised as a result of the violent protest.

“Pictures and videos posted online suggest that many of our drivers were pressured into participating in the rally,” Noni argued.

“We will be responsible for customers’ cars damaged by our drivers, and we will provide compensation,” she added.

Express Taxi Group has yet to comment on the rally, but on Twitter said it “deplored” the fact that the rally had turned violent.

“Our management will not tolerate drivers who participated in violent acts at the rally – we urge all our drivers to continue the rally peacefully,” the company tweeted. The Indonesian Government itself has not been consistent on the issue of ride-sharing apps, with the Transportation Ministry first demanding a ban, while the Information and Communications Ministry has been against such a move.

The two ministries have agreed to try and find some middle ground, citing the fact that startups like Grab and Uber have given consumers more choice and greater convenience.

“Uber and Grab are already legal – they obtained their legality through partnerships with local cooperatives,” said Information and Communications Minister Rudiantara (pic).

“Now we are waiting for them to get more permits, and this will be coming soon,” he said in a joint press conference with the Coordinating Ministry of Politics, Law and Human Rights.

Rudiantara said he will meet with Transportation Minister Ignasius Jonan to further discuss current regulations and the amendments that would need to be made to meet the demands of traditional taxi drivers and ride-sharing startups.

“Banning ride-sharing apps will not be a solution. The Government cannot ban them just like that – there will be even more people protesting in the streets,” Coordinating Minister of Politics, Law and Human Rights, Luhut Pandjaitan, told the press.

“We are aware that we need to come up with regulations that will provide a solution to both parties, and we are working on it.

“In the meantime, we would like to ask everyone to stay calm and have some sense of self-control,” he added.

Meanwhile, Ignasius said the Government was mostly concerned with passenger safety, which is why Grab and Uber would need to get the relevant permits.

“The Government is not against online platforms such as Uber and Grab, since even traditional taxi companies are using apps to serve their customers,” he said.

“We want Uber and Grab to comply with local regulations, which say that every car that takes passengers from point A to point B needs to have the vehicle roadworthy certificate (KIR),” he had told the press at his office on March 22.

“It’s all for the safety of passengers, and to be fair to the other players as well – we are also responsible for that,” he had added.

However, Rudiantara noted that Grab and Uber can operate as long as they have partnerships with local cooperatives.

Both Uber and Grab have already sealed agreements with local cooperatives, and are now waiting for their KIR to be approved.

“Uber has partnered with local cooperatives since November 2015, and at the same time submitted the KIR application which is still in the approval process,” Uber Indonesia spokesperson Amy Kunrojpanya said in a statement.

Grab Indonesia managing director Ridzki Kramadibrata said that his company is ready to submit its KIR application, and has prepared a tax payment mechanism to comply with local regulations.

“We prepared two tax payment options, depending on what payment method is used by passengers,” he said. 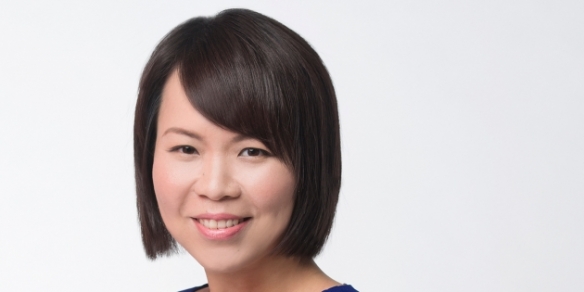