NUS Enterprise has launched its TechSG initiative, in cooperation with IBM Corp, saying that it would “map out” the Singapore startup ecosystem.

NUS Enterprise is the commercialisation arm of the National University of Singapore (NUS). TechSG will be part of IBM’s Digital City initiative, which aims to connect startup communities within a city.

The TechSG portal, created and currently administered by Singapore-based startup Wonderlabs Pte Ltd, is just the first phase, according to Professor Wong Poh Kam (pic above), director of the NUS Entrepreneurship centre.

“We are practising what the startup community does – quickly create a minimum viable product, get feedback, iterate like mad, and pivot until we get it right,” he said at the official launch on Nov 26.

This is to find a mechanism for building a platform for the startup community, by the community itself, Wong said.

The challenge to map out the Singapore startup ecosystem within 45 days fell to Wonderlabs.

“45 days ago, we were given a challenge to map out the startup ecosystem before Christmas and Thanksgiving,” said Wonderlabs partner Ivan Chang.

“We are launching with about 625 startups, 115 venture capitalists, 150 schools and other facilitators – in total, about 1,600 entities are already on the system,” he added.

Visitors to the portal can pull out all sorts of information on a startup, from funding to the founders, as well as the other startups the founders have been involved in.

Currently, it is not releasing funding information but will in the future, according to Chang.

“TechSG is not going to be a news, event or jobs website – we are here to be an aggregator for you to easily find your way around startups,” he said.

“We want for you to be able to easily update information – however changes will not be automatically published but will be vetted by a team of community ‘vetters’ to maintain integrity,” he added.

TechSG will continue to look at what features the community wants, according to Chang. It currently aggregates information from partners such as startup blog e27 and events listing site The List.

The portal is not meant to compete against any of the existing players in the field, he reiterated.

“We’re not trying to be a news engine, an events listing site or anything that is currently out there in the market, especially a jobs portal,” he said.

“What we want to do is make our data more useful to other people,” he added. 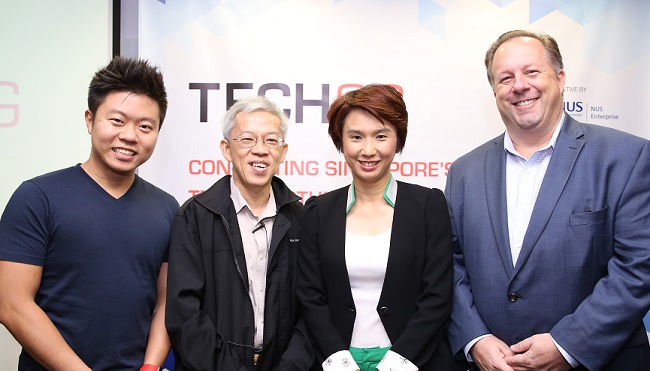 “We are providing resources and programmatic support to participants through our entrepreneurial programmes, as well as the underlying technology,” he said.

“We are also advising Wonderlabs on how to make this site the best one in the world,” he declared.

There is also the possibility for Watson Analytics to be integrated into the portal, according to Greisinger.

“There’s a lot of interest to expose Watson through APIs (application programming interfaces),” he said.

In fact, Wonderlabs’ Chang said the first thing on the six- to 12-month roadmap is an open API.

“If you have a website of startups or something that involves startups, instead of building the page, you can use our API, which is in developer preview now,” he said.

“The startup logo and description will appear, along with a link that will bring visitors to the startup profile on our website,” he added.