THE Invention Development Fund (IDF) has announced the establishment of a new Technology Development Centre (TDC) in Singapore, which will be focused on translating prototype inventions into new products, business models, and spinoff or venture companies.

IDF is part of the US-based Intellectual Ventures family of investment funds, and the latter describes itself as an “invention capital company,” with more than 40,000 intellectual property assets in various monetisation programmes.

There are currently three other TDCs around the world – in Germany, Turkey and Australia – with a memorandum of understanding to set up a fifth in Shenzhen, China.

Singapore is a key city in the innovation space, according to Intellectual Ventures founder and chief technology officer Edward Jung (pic above).

“For the last 150 years, the United States has dominated the innovation and invention landscape – but in the next 50 years, this will no longer be the case … it will be all over the world,” Jung told a media briefing in the Lion City.

“Singapore is one of the countries seeing that early, and wants to get involved and figure out how to develop an innovation and invention culture,” he added.

The timing is right for the IDF to open a TDC here, argued Jung, citing factors such as the country being a gateway to China, and other opportunities that Singapore provides.

In an official statement, IDF said it is making a “multimillion-dollar” investment in the centre here, but did not provide details.

The new TDC will be staffed by a team of engineers, specialists with multidisciplinary backgrounds, and managers with business and technical expertise.

They will identify promising inventions and work with local partners to develop new prototypes and carry out additional scientific and technical testing, it added.

The TDC in Singapore has the capabilities to prototype ideas, collect data and demonstrate technologies, according to its general manager Scott Needham.

“The intellectual properties generated can inform the next great companies, products and services,” he said.

“It addresses the key problem that new transformational products suffer, and we believe that by using this network of innovators, we can reduce time-to-market and manage risks,” he added.

Intellectual Ventures has patents in over 50 different technology areas, according to Needham, with a focus on areas that can provide “global benefits” such as the eradication of malaria as well as the transport of vaccines to remote regions.

“The centre … will start off looking at green chemistry, building and construction, as well as food and agriculture,” he said.

“The reason for that is because we have a number of partners already that are waiting on technologies that we have invented but have yet to translate into an operational form.

“We will expand from there,” he added.

Jung claimed that there is already global demand for these technologies which Intellectual Ventures has the rights to, but said there was a need for “something in the middle” to commercialise and sell them.

He noted that many companies are started not necessarily knowing who their customers are yet. “Here, it is less risky when you know who your customer is already,” he added.

The TDC in Singapore is about people, products and partnerships, declared Needham, saying that as part of a deal it has with the Singapore Economic Development Board, it will be starting companies in the island-republic.

“The technologies we develop here will result in startup companies, and we will be employing more Singaporeans in these companies.

“We will require talent, we will employ people not just with technical skills but commercialisation skills for and within the centre.

“Every product made in the centre will be stamped ‘Made in Singapore,’ adding to government policies and Singapore’s standing as a world leader in innovation,” he added.

Needham noted that Singapore is home to the regional headquarters of a number of the world’s largest companies, and said the TDC will build on that.

The next six to 12 months will also see the Singapore TDC acting as the hub for the other TDCs around the world.

“It will act as our hub, a place for coordination – we will be allocating projects and building partnerships from within Singapore,” Needham said.

Partnerships will also be formed with the Singapore startup community, various institutes, and ventures that fit into its network, according to Needham.

SAP innovation centre in Singapore targeting startups, among others 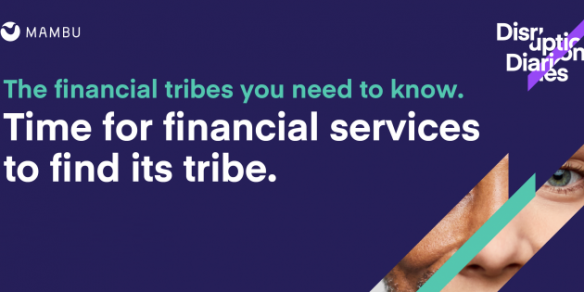