CHIEF information officers (CIOs) or chief technology officers (CTOs) with plans to embark on the Internet of Everything (IoE) journey need to ditch their CIO and CTO hats and instead start to play the role of 'chief transformation officer.'

According to Joseph M. Bradley, IoE evangelist and managing director of the IoE Practice at Cisco Consulting Services, CIOs first need to change their mindsets – from making IT solely a cost centre and into a profit centre.

“In order to take on that role, they have to be able to communicate in the language of the Line of Business (LOB) … of the people they are working with,” he said.

This means a CIO working for a manufacturing facility would need to understand the operations, the manufacturing processes, the logistics, and other areas.

“By doing that, they can then give themselves business metrics that matter – [metrics that] relate to the profitability of the business, not just cost.

“This is because even today, IT is still considered a cost centre, and it needs to be moving towards becoming a profit centre,” he added.

IoE vs IoT, and the explosion

Bradley said that once CIOs transform IT into a profit centre, then they will be in position to take advantage of the “waiting-to-explode” IoE trend.

While some may perceive IoE and the Internet of Things (IoT) as the same, he believes that there is a distinction.

“IoE is really the next evolution of the Internet. We define it by saying it is a network connection of people, processes, data and things.

“So, IoT is actually a technology transition that is found within IoE. IoT focuses on things, and IoE adds to that people, process and data,” he said.

During the media briefing, Bradley, citing the findings of Cisco research, said that IoE is expected to drive US$19 trillion in value globally over the next 10 years.

In the public sector, some US$3.3 trillion of value will be created in the area of employee productivity and defence.

“We also found out that more than 20% of corporate profit could be at stake over the next 10 years as a result of IoE,” Bradley said, adding that this was “a rather conservative estimate.”

“When we were doing the estimate, it was based on approximately 60 use cases of IoE – today there are about 300 use cases,” he said. The idea of transforming IT into a profit centre is not entirely new. In fact, Bradley (pic) said the idea has been talked about for several years.

“Unfortunately, IT is still pretty much a cost centre today,” he said. “Let’s take collaboration for example – most CIOs would still ‘charge’ departments ‘X’ amount of dollars for using collaboration solutions.

“That doesn't incentivise them [other people in the company] to use such solutions.

“This is because the CIOs don’t really see the benefits of using the technology. They are on a cost budget,” he said.

Bradley said that with technology advancements today, CIOs no longer have any excuse not to transform IT into a profit centre.

“Five years ago, we didn't have the ability to use sensors and use real-time analytics to actually measure cost effectively.

“Today, we have the ability. We are now able to deploy solutions and measure their performance in real time, and would thus be able to see how successful the solutions are.

“We no longer have any excuse. A CIO has to do that,” he added.

Bradley said that CIOs wanting to embark on an IoE journey would need to keep three key principles in mind.

First, they need to simplify the company’s IT infrastructure, to integrate across silos, and to automate part of the IT processes. This can help CIOs to more easily manage IT, as well as drive costs down.

Second is to create intelligent capabilities and services that fuel growth.

“This is where CIOs need to create centralised policy and management to streamline infrastructure changes, reduce errors and drive repeatability. They also need to be able to harness the full potential of analytics.

“The third principle is security. With IoE in mind, they would need to expand security perimeters, improve visibility, and respond faster,” he said.

Internet of Things: Installed base of 26 bil units by 2020

59% of APAC enterprises have 'Internet of Things' plans: Global IT body 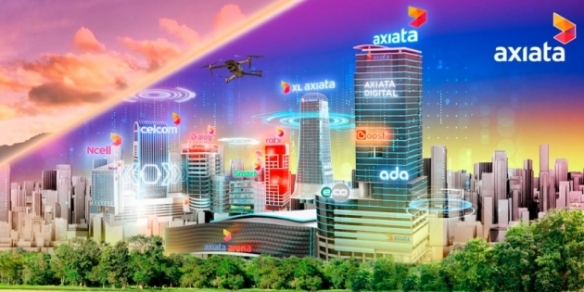