It is projected that more than 35,000 delegates, including athletes performing at the Games, will be using the WiFi network, Sunnyvale, California-based Ruckus said in a statement.

The WiFi network is a part of SEA Games private intranet that Frontiir is deploying at 24 SEA Games venues across four cities. These include indoor and outdoor installations at the 30,000-seat Wunna Theikdi Stadium in the capital city Nay Pyi Taw, where the Games’ opening and closing ceremonies will be held, and Yangon, Mandalay as well as Ngwe Saung, where the yachting events will take place.

Ruckus ZoneFlex 7782-S access points (APs) are being deployed at the Wunna Theikdi Stadium in Myanmar. The WiFi network deployment will be completed by Frontiir in November.

Ruckus said its Smart Wi-Fi networks are already deployed in sports stadiums and convention centres around the world, with over 20 other high-density public venues using the solution to provide high-capacity wireless connectivity for a variety of applications.

Among these are Time Warner Cable Arena in Charlotte, North Carolina, and Rio Tinto Stadium in Salt Lake City, Utah in the United States; the 50,000-seater Chennai Stadium in India; the AsiaWorld-Expo Convention Centre in Hong Kong; and Xiamen Convention & Exhibition Centre (XICEC) in China, among others.

Ruckus noted that the SEA Games are the oldest regional sporting event in Asia, and has been held every two years since 1959. Myanmar last hosted the Games in 1969. After 44 years, it will again host the Games, which will take place from Dec 11-22 2013.

The 27th edition of the Games will have 28 sporting events, featuring more than 7,000 athletes from 11 countries in South-East Asia, in a variety of indoor/ outdoor sport facilities like stadiums, swimming pools, tennis courts, indoor courts, hockey grounds, golf courses and so on. Myanmar has been undergoing significant political and economic change in recent years, Ruckus said in its statement.

Godfrey Tan, Frontiir chief executive officer, was prompted by Myanmar’s transformation to leave his Intel job in the United States and return home to found Frontiir with the ambition of transforming the IT industry there.

He brought back with him a team of veterans from the communications, high fashion, high tech, healthcare and aerospace industries. Frontiir started operations in Yangon in January 2013 with two cofounders and has now grown to a company with over 50 local employees.

The Ministry of Sports recognised Frontiir’s technological capabilities and appointed the company with the high-profile SVIS project, Ruckus said.

“We are ecstatic and honoured that the Ministry of Sports has entrusted us with an important role of developing the software for SVIS, designing and deploying its network infrastructure,” said Tan.

“We brought the best team of engineers to work on this project and we have full confidence that Ruckus will deliver the solution we need to ensure high performance and reliability during the Games,” he added.

A high-performance wireless infrastructure is critical for the smooth and secure running of major sporting events like the SEA Games.

The tech behind the SEA Games

Tan said he worked on WiFi for his doctorate dissertation at MIT and paid rigorous attention to the system evaluation process.

“After evaluating several WiFi technology options in the market, we were absolutely convinced that Ruckus … solutions are perfectly designed to address the challenges in developing a stable and reliable WiFi network in a huge sporting event environment like the SEA Games,” he said.

The 27th SEA Games consists of two main internal systems for the smooth running of the Games – the SVIS is used for the identification and verification of athletes, officials and media, ensuring that only accredited personnel are allowed entry into venues and facilities as well as providing accommodation information for all delegates.

The GMS provides competition-related information such as scheduling, transportation and scoring updates.

In designated common areas such as Wunna Theikdi parking area, high-speed Internet access will be also provided for delegates to access, all using the Ruckus Smart Wi-Fi network installed by Frontiir.

“WiFi plays such a vital role in ensuring the success of the SEA Games,” said Tan.

“As the official ICT sponsor and partner of the Games, we are excited to be working with Ruckus Wireless, a company with a proven track record in providing WiFi infrastructure for these types of deployments, which will help us provide a very secure and reliable wireless network to ensure uninterrupted access to these systems by athletes, officials and relevant personnel,” he added.

Ruckus BeamFlex is patented adaptive directional smart antenna technology uniquely able to adapt and focus WiFi signals to where they are needed within a given area, thus increasing signal strength, Ruckus said.

By focusing and narrowing the coverage area of the signals, there is less interference of radio frequency (RF) energy emitting from neighbouring access points (APs), providing stronger signal reception and a better user experience in high-density locations like stadiums and ticketing concourses.

In addition, Ruckus ChannelFly technology enables the AP to automatically pick the optimum 2.4 or 5 GHz channel, and when density circumstances change, such as with the ebb and flow of the crowd in a stadium, the AP can quickly select another optimum channel, improving overall network performance.

In wide open areas such as beach or parking lots, where Ethernet wiring is impossible, Ruckus SmartMesh Networking technology enables APs to automatically establish resilient wireless connections between each other, resulting in the extension of the wireless network to locations beyond the reach of cables in minutes.

“The success of the SEA Games depends on the effective application of technology,” said Louis Au, Asia Pacific vice president at Ruckus Wireless.

“In a highly visible sporting event where competitions are broadcast live and results are relayed real-time, there is absolutely no margin for error.

“From the opening ceremony, the IT systems must work flawlessly to ensure that the Games can proceed smoothly without interruption, and Ruckus Smart Wi-Fi has proven itself again and again in these types of environments, most recently providing reliable and high performance WiFi during the America’s Cup sailing competition,” he added. 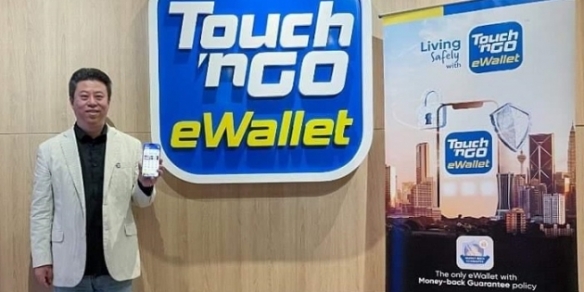