CONTRARY to popular belief that small and medium enterprises (SMEs) in Asia Pacific are generally laggards when it comes to globalisation, they are actually world leaders in terms of generating revenues outside their home countries.

According to the findings of an Oxford Economics research programme, sponsored by SAP AG, only 12% of Asia Pacific SMEs earn their revenue exclusively at home, and this is expected to drop to just 4% in three years’ time.

As SMEs face increased competition from foreign companies, a majority see business transformation and technology investment as key strategic imperatives to speed up their globalisation progress while supporting longevity and sustainable growth, SAP said in a statement.

The global survey – entitled Equipped to Compete – of 2,100 executives from SMEs in 21 countries, including Australia, China, India, and Indonesia, shows they believe they are equipped to compete with larger firms and have some clear advantages over them, the German software company said.

The findings overturn industry stereotypes of smaller companies as local or regional entities that are largely technophobic. 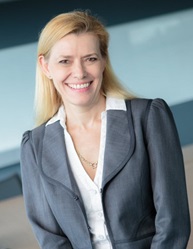 “Recognising the opportunities for international expansion is clearly not ‘new’ to this region, nor is the notion of business transformation,” said Bronwyn Hastings (pic), senior vice president, Ecosystem and Channels, SAP Asia Pacific Japan.

“However, maintaining competitive advantage across such a diverse range of markets is a key priority for SMEs in the Asia Pacific region, particularly when it comes to managing supply chains and subsidiaries.

“Having clear business insight across the entire organisation at any one time is of the utmost importance for those firms with a significant global footprint,” she added.

Important findings from the Asia Pacific region include the following:

1) Asia Pacific SMEs are expected to grow outside their home markets while facing increasing global competition at home.

The number of firms expecting to generate as much as 31%-40% of their revenue internationally jumps by nearly 90% in the next three years. Nine percent of respondents currently do business in six or more countries, a figure that is expected to rise to 26% in three years.

The number of Asia Pacific firms doing business in 10 or more countries will increase sharply in three years, with fivefold expansion among Australian firms and more than 100% growth among companies headquartered in China, India, and Indonesia.

About 60% say competition from companies in other countries has increased substantially in the past two years. More than 65% say they are competing more with larger companies now than in the past.

More than three-quarters of all companies surveyed in Asia Pacific are at some stage of the transformation process (i.e., about to begin, in process, or recently completed), with transformation understood as making significant changes to a firm’s business model, technology, product offerings, or go-to-market strategy.

More than half of the respondents in Asia Pacific say expanding product and service offerings is essential to driving growth in an era of new markets and empowered customers.

3) Technology is important for SMEs in Asia Pacific and a major element of transformation.

Investing in new technologies is a top strategic priority as SMEs remake their businesses for the global marketplace.

However, less than one-quarter of Asia Pacific SMEs consider themselves early adopters of technology, compared with almost 47% of North American firms.

Almost two of three Asia Pacific companies say their technology investment is contingent on a clear return on investment (ROI).

4) Focusing on talent and culture is an imperative for SMEs in Asia Pacific, and skills gaps are a challenge to cloud adoption.

More than one-third of respondents in Asia Pacific cite creating a culture of innovation as a leading priority in their transformation efforts.

Forty-seven percent of regional respondents are actively hiring employees to support their growth activities, and 41% find it increasingly difficult to recruit people with the right skills.

More than 40% of the firms say cloud computing is key to driving cost efficiencies, and the adoption of cloud technologies is expected to grow rapidly in the next three years.

Skills gaps are a challenge to cloud adoption in Australia (42%) and India (52%), and more than half (54%) of SMEs across Asia Pacific worry about the accuracy and reliability of information when using data analytics. Forty-six percent cite data collection as the biggest challenge in this area.

Asia Pacific SMEs see improvement of product and service development and better customer service as the two biggest benefits from the adoption of disruptive technologies.

Cloud computing and business analytics are expected to see the greatest increase in adoption across Asia Pacific SMEs, at 44% and 40%, compared with the global growth rate of 35% and 33% respectively.

Consumer-goods firms, at 69%, will lead the regional industry growth for analytics, while Asia Pacific retail firms will adopt cloud platforms the fastest, with consumer firms and wholesalers close behind.

Sixty percent of SMEs in Asia Pacific expect that mobile will be widely in use at their firms in three years and retail companies (34%) expect to see the biggest increase in mobile adoption.

Over half of the firms expect social media to have a significant impact on revenue growth over the next three years. However, less than one-third say the biggest benefit of social media will be improved customer service.

“The road ahead is well marked for SMEs in Asia Pacific,” said Edward Cone, managing editor and senior analyst at Oxford Economics.

“Globalisation, transformation, and technology will be the hallmarks of successful small and midsize companies,” he added.

The above research programme is based on an online survey conducted in April. Survey respondents came from 21 countries around the world, with the total of 2,100 responses evenly divided (100 respondents each) among the following: Australia, China, India, Indonesia, Brazil, Canada, Chile, Colombia, the Czech Republic, France, Germany, Hungary, Italy, Mexico, Poland, Portugal, Russia, South Africa, Spain, the United Kingdom, and the United States.

Respondents were C-level executives or direct reports, including CEO/ president/ owner (10%) and a broad mix of senior leaders from IT, sales, finance, operations, marketing, and procurement.