THE top business and technology priorities for chief information officers (CIOs) in Asia have for the first time become exactly aligned with those suggested by their counterparts in the worldwide region, according to data from the latest Gartner CIO Survey for 2012. Meanwhile, the three technology priorities out of 10 that shared similar rankings between Asia and the worldwide region were analytics and business intelligence, mobile technologies and cloud computing, Price (pic) added.

Speaking to the media Tuesday (Sept 11), Price noted there is a much increased alignment in how CIOs in Asia see their business priorities vis-a-vis their global counterparts.

“This is the first time that we’ve seen such a tight alignment and I think [this trend] goes to the fact that Asia and the rest of the world are becoming one,” she said. “This shows that globalization is really impacting the [global] CIOs’ view of business.”

Culled from an extensive poll of over 2,335 CIOs globally, the Gartner CIO Survey was conducted in the last quarter of 2011. The study included a poll of 53 CIOs in six Asian countries, including Malaysia, China, Hong Kong, Singapore, South Korea and Thailand.

Besides the similarities in business and technology priorities, Gartner found that the top barriers to IT benefits for CIOs in Asia and the rest of the world also shared common ground too.

“These are the barriers that CIOs are sensing according to our survey,” she pointed out. “[What clear is that] it’s not enough for IT to lead from behind and in fact, IT has to get back to the front and lead the way.”

Price noted that one bright spark in Asia was that CIOs were reporting that they are receiving more budget for their IT development compared to their counterparts in Europe.

According to Gartner’s CIO 2012 survey, 57% of CIOs surveyed in six countries in Asia indicated that they were getting more budget for IT development compared to only 45% in worldwide region of the survey.

“Europe and America are going into a very difficult period and our view is that more companies are decreasing their budget." 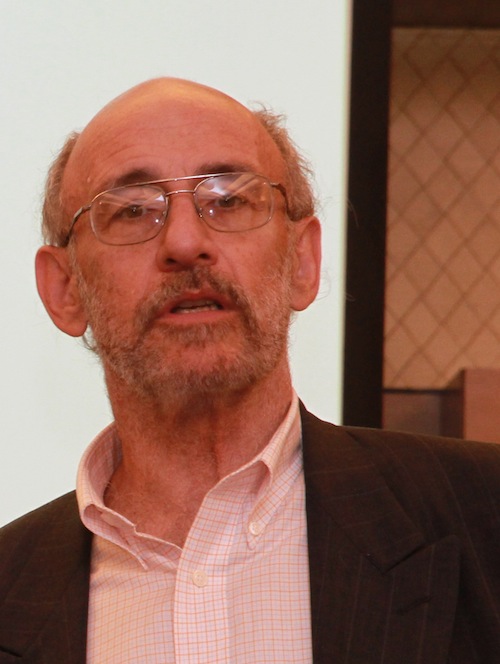 The Gartner CIO 2012 Survey also revealed that IT skills and capabilities or the lack thereof was the fourth concern (third in worldwide region) in the Asia survey and that this was a major problem affecting CIOs.

Dale Kutnick (pic), senior vice president for Gartner’s Executive Programs, said that what is increasingly needed is not just people to engage in software programming but people who can do the data analytics and make sense of the data collected.

“So what you’re looking at is people with higher degrees (Masters and PhDs) who can become data scientists or analysts,” he said. “There just aren’t enough graduates to fill these positions.”

Kutnick said in Western countries, there is actually a bidding war going on now for these kind of people, with large information-based companies such as Google, Facebook and Apple queuing up to hire such skill sets.

“They are like rock stars and many of them are recruited even before they graduate and if companies are not in the front line to recruit them, the best of them are gone by the time they get to them.”