What’s Next 2016: Tycoon Vincent Tan on his costly failures AT Digital News Asia What’s Next 2016 conference in Kuala Lumpur yesterday (July 28), Malaysian tycoon Vincent Tan revealed that most of the new businesses he invested in 2000 for RM200 million (about US$50 million at current rates) have failed.

“Not many people actually believe it ... I actually invested RM200 million and I think I lost most of it.

“You know, they [entrepreneurs] will come and pitch to you, you are not sure if it will really work, so you put in a million here and a few hundred thousand there,” he said in a session titled Digital Disruption From The Lens of an Old Economy Tycoon.

“But a few survived, and that is okay, because the ones which survived managed to help me make it back,” he added.

Tan – whose businesses range from property, gambling and telecoms to food and retail franchises, most of them under the Berjaya Corp banner – said that investors who want to put money into startups should have a wide portfolio.

“You actually have to cast your net very wide, as they are all swimming over the place. After all, how many investors can be so fortunate as to have been there when the guys at Google or when [Facebook founder] Mark Zuckerberg needed money?

“I wished I could have taken the RM200 million in 2000 and gone to Silicon Valley then and just invested it around. Perhaps [that money] would have done better,” he added.

Although his investment experience in 2000 made him a bit more cautious about new ventures, it did not stop him cold. In the nearly two decades since, he has invested in entrepreneurs such as Dinesh Bhatia and MOL Global’s Ganesh Kumar Bangah.

He had also once invested in Digi.Com Bhd and Prudential, but had to sell his stake in them for various reasons, such as to use the funds raised from such disposals to finance his property projects.

Tan said that he still has the appetite to invest in promising startups – however, he added that he may not be as generous as he was previously when it comes to valuations. 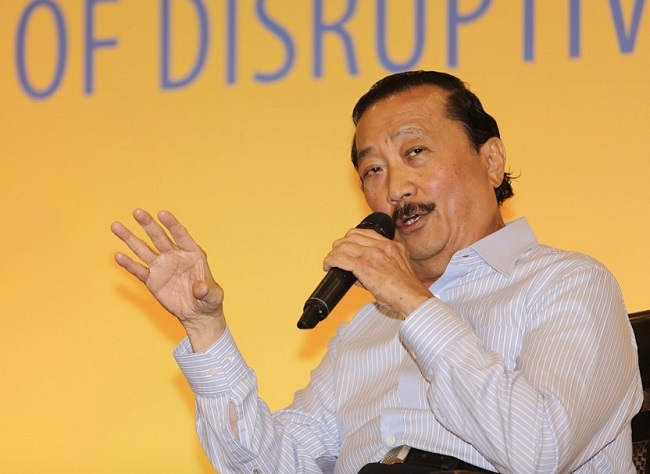 Tan also shared some of the lessons he learnt from MOL Global’s 19-month Nasdaq journey, which ended earlier when it decided to delist from the exchange.

“Three years before listing, we [MOL] went to a lot of countries and bought local companies. The numbers were not bad, so we thought we were ready to take it [the company] public,” he said.

“Nasdaq was very strict on compliance and numbers, and we had accounting problem overseas in markets like Vietnam, Indonesia and Turkey. We sorted everything and listed, but the problem came up again,” he said.

In November 2014, just a month after its Nasdaq debut, MOL Global Global announced that it would delay reporting its third quarter 2014 financial results and that its chief financial officer Allan Wong had resigned due to personal reasons.

When it finally released its numbers, it said there was an error in earlier accounts because its Vietnamese unit Nganluong Joint Stock Company had reported revenue from its payment business on a gross basis, while the group’s policy was to look at revenue on a net basis.

“I think the lesson is, if you want to go for a listing on Nasdaq, you have to be very accurate with your accounting and due diligence ... with which we were a bit lax,” said Tan.

Initially, MOL Global had hoped to use its IPO (initial public offering) as a platform to raise more capital for further acquisitions.

“It was a good plan but it didn’t work out,” he added.

Reflecting on some of his past ventures, Tan advised entrepreneurs not to exit their companies prematurely.

“I missed a lot of opportunities by selling early. Don’t sell too early, you will get a low valuation,” he said.

But he also noted that sometimes entrepreneurs may not have a choice, in that if they don’t raise the money, the business may soon come to a dead-end.