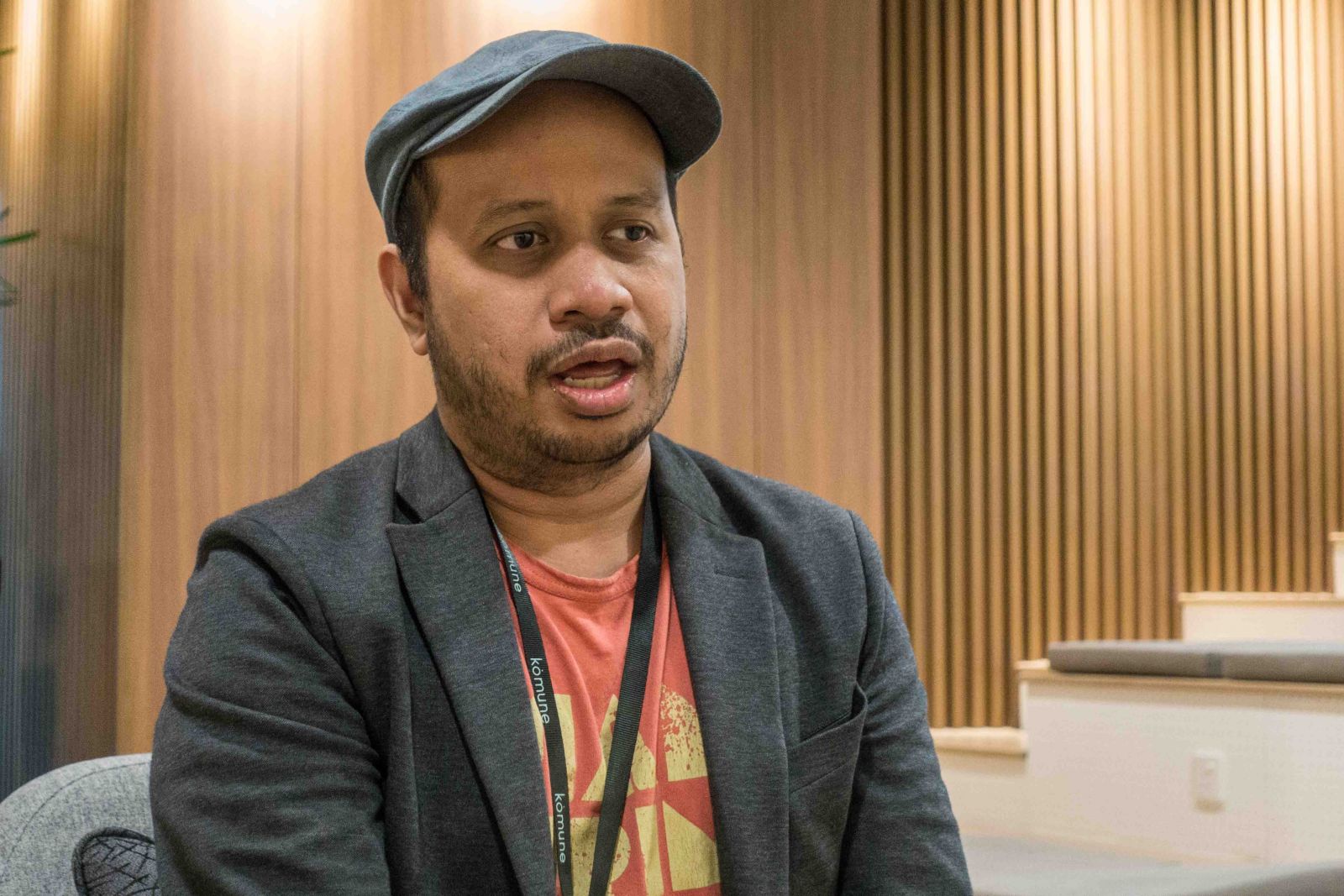 METRONOMIK may sound like it was inspired by a character from The Transformers movie, when in fact it was inspired by a musical tool, no doubt used in the movie, called Metronome which helps musicians keep in time with the tempo of a song. That in itself is the core essence of Wan Hazmer Halim’s (pic) new studio Metronomik that seeks to achieve harmony between music and games.

For the better part of his career, Wan Hazmer, who is better known as Haz, is best known for his works on the popular Japanese Role- Playing (JRPG) series Final Fantasy (FF), specifically FFXV while working in Square Enix since 2010. Having gained a wealth of experience developing games overseas, Haz made the decision to return Malaysia to share his knowledge with the local game development community.

“No one asked me to leave but I felt that the time was right to make my next step and do my part to uplift the Malaysian game industry,” the 37-year-old founder said during an interview with DNA at Malaysia Digital Economy Corporation (MDEC)’s Level Up Inc incubator.

Sporting his signature flat cap, Haz outlined his plans for Metronomik (a play on the word Metronome) and how he wants to use the studio to not just be an intellectual property (IP) creator but a platform for educating young budding talents in the game industry.

“Not many people get the chance to work on a triple ‘A’ game and I wanted to bring back the Japanese philosophy of making games to Malaysia for a new generation of game developers,” he said.

A risk-taker at heart, Haz is no stranger to boldly taking steps beyond what most people consider safe. It is those very bold steps that drove him to learn Japanese and apply for a job at one of the most prestigious game companies in the world.

That, however, does not compare to his biggest challenge; leaving the company that made his career to start afresh. Indeed Haz has to constantly remind himself that he no longer enjoys the support of a big company behind him.

“Stepping out of my comfort zone, I know I don’t have the privilege of a big team to support me. Starting from scratch, I had to be more hands on, for example in IT matters like setting up our Windows server,” he shares.

Following up after releasing a major game like FFXV is no easy task but for Haz, creating his own game is something he feels he has to do in order to prove his worth to both himself and the community at large.

Though he declines to mention the name of his upcoming game, he did hint that the game is being developed for both PC and PlayStation 4. He describes the game as a fun and funky action game that embodies musical elements but nothing like a rhythm game or anything that is currently out on the market.

There isn’t a timeline yet for the game's release but Haz hopes to complete a prototype by April 2018.

Giving back to the community

Beyond making his first original IP, Haz is a firm believer that regardless of how big and successful one becomes, one needs to always be thankful for those who have helped them.

Haz has always wanted to be an educator. After working in marketing early on his career, he lectured at the then Asia Pacific Institute of Information Technology, now called Asia Pacific University, and The One Academy, where he taught programming and game design. Much of his interest in teaching was largely inspired by his late mother who wrote English language textbooks for students in Terengganu.

Going back to his roots as a teacher, Haz declares that he is open to mentoring anyone that needs help, advise or are looking to make a break into the games industry.

Though there are many opportunities for talent to develop, Haz believes there are not enough people filling certain roles like the producer, which looks at the branding and targeted marketing of the game.

Part of Metronomik’s role as a disseminator of knowledge is to give opportunities for those interested in game development to explore different aspects of the creation process. His idea is to create a six month programme where even a programming student can learn to be a story writer to give them better exposure.

Haz even hopes to one day open his own primary and secondary school that focus on teaching creative thinking. Part of the reason he wants to do this is because he believes that students are often only encouraged to adopt creative thinking during their tertiary education and by that time it is too late.

He believes in delivering lessons in a non-traditional manner by teaching in point form using lots of visual elements. If he has his way, homework would be abolished with students given the freedom to discover lessons for themselves.

It sounds radically creative and if successful, will undoubtedly be an invaluable pipeline of talent for the game development sector.