UNICORNS – companies valued at over US$1 billion – are still extremely limited in South-East Asia because of the region’s various levels of complexity, according to a panel discussion at Wild Digital Conference 2016.

But there’s hope yet, said one panellist at the discussion titled Unicorn Hunting in Asean, at the conference organised by Catcha Group in Kuala Lumpur from June 8-9.

“Each market in South-East Asia is different, but we will definitely see more [unicorns] coming up in the near future,” said REA Group chief executive officer (CEO) Tracey Fellows.

“We’re seeing amazing development here in the region, just give it a bit more patience,” he added.

But he also cautioned against the allure of hitting unicorn status.

“I don’t see becoming a unicorn as the goal. You should focus on your product, consumers, and services first – those are your priorities,” he added.

The panellists were asked what they look for in a startup when it comes to their investments, and Roderick said market potential, people and execution matter a lot to him.

For Stegmann, scalability is an important factor. “Scalability – the ability to scale fast by leveraging on APACIG’s capability to do so is important,” he said.

“Also, the ability to replicate a business model and execute it well in the different markets of the region,” he added.

For Fellows, it is the startup’s understanding of the cultural factor, essential in order to match the needs of local consumers.

Meanwhile, Stegmann said he doesn’t see APACIG as an investor but as a “company builder.”

“Our model is that we try to be there early, help the company set up a local team, and then launch the business as soon as possible.

“And I would say that’s our success factor: Try to be early because we see being early as an opportunity instead of a risk,” he said.

“Rocket Internet started Lazada in 2011, and people were saying then that e-commerce hadn’t taken off in the region, but look where it is right now.

“We believe being early is being able to add value to the company,” he declared.

When asked if businesses should go regional or stick to a single market, the panellists agreed that every startup should have a regional vision.

“To go regional, you have to excel in the local market first by addressing local needs, and then replicate the model in other markets.

“In South-East Asia, each market has different needs, challenges and stages of development,” he added. “A one-size-fit-all strategy will fail.” 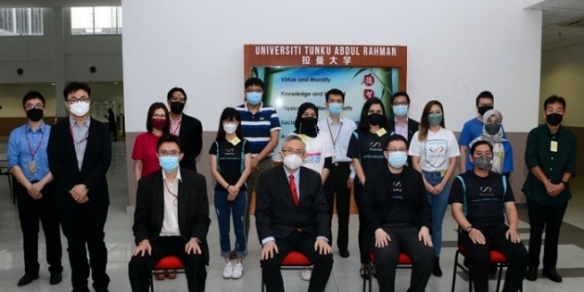