BANGKOK-based on-demand logistics startup Deliveree is shifting its focus to business customers rather than duking out it in the low-margin consumer arena.

“We started out more than a year ago to serve the logistics needs of individuals,” says its regional senior manager Nattapak ‘Nat’ Atichartakarn.

“But we realised that chasing after individuals is tough – it requires a lot of investment, yet offers little return and small margins,” he says, speaking recently to Digital News Asia (DNA) in Jakarta.

Deliveree, like many other on-demand startups, does not own vehicles or physical assets, but has an online marketplace – both on the Web and via an app – that connects customers to drivers. It charges drivers a commission ranging from 5% to 20% depending on the package they sign up for.

The business play is not new to the company – according to Nat, its customers are currently split nearly equally three ways between individual customers; large corporations; and small and medium enterprises (SMEs).

“Business customers distribute goods or packages frequently, and they can potentially sign multiple-year deals – the business will be more sustainable,” he says.

With its business-to-business (B2B) focus, which will involve creating more value-added services for corporate customers, Deliveree is aiming to hit its break-even point by the end of 2017, according to Nat.

When asked how, he says the company will focus on adding more big trucks with a capacity of up to 800kg, and will introduce services such as training for drivers to handle dangerous goods, dismantle and reassemble furniture, as well as in wrapping and packaging. Deliveree secured US$2 million in seed funding from the two firms and used the capital to expand its operations to Indonesia in September 2015, starting first with Jakarta and then Bandung in April.

The reason for this is simple: Indonesia has the biggest logistics market and the highest logistics cost in South-East Asia.

Citing data from the World Bank, Nat says that while Thailand’s logistics market is worth US$63.2 billion, Indonesia’s is worth US$207 billion.

“The logistics cost in Thailand is 15% of sales; however in Indonesia, it is 20% of sales, and that is the pain point we want to solve,” he says.

Nat claims the Deliveree app has registered 130,000 downloads, with 60% coming from Indonesia. It has 2,000 drivers on board in the two Indonesian cities it operates in.

It already employs 55 people in Indonesia, compared with the 20 people in its Bangkok office, and plans to expand to Surabaya in East Java by the second half of 2017.

It also aims to have nationwide coverage in Indonesia within five years, declares Nat.

“As our focus is to keep logistics costs down, we will focus on expanding ground logistics, as well as boats and ships to handle cross-island delivery,” he says. Deliveree is cognisant that the logistics market is a long-term game, and that Indonesia has its own set of pain points.

Deliveree Indonesia fleet director Mega Yanuar (pic) says that one of the biggest challenges in this country is education.

“We have both the Web platform and a mobile app … but most customers, even our corporate customers, still call us instead and place their orders manually,” he says.

Yanuar believes this habit stems from these customers having had to deal with traditional transportation and logistics companies for so long, and that it will take some time for them to cotton on to using technology.

“That is why it is very important to have customer service or support teams, because – believe it or not – many companies in Indonesia, regardless of their size, still rely on human contact,” he says.

“Most of the times, our customer service staff need to assist customers on how to navigate and place orders via the web or our app,” he adds.

Another challenge is connectivity. Jakarta’s unstable Internet infrastructure has forced Deliveree to add offline maps to its platform.

“We realised that the issue of connectivity hampered our delivery operations … in Indonesia,” says Nat.

“Most of our drivers complain that they lose their signals while on the road, and as a result, either the maps stop working or they are pointed in the wrong direction,” he adds.

The challenges do not stop there: Many destinations are not on Google Maps, either because Google Maps itself lacks them, or because customers provide insufficient detail.

“In the end, we had to have a team in the office that maps out these addresses manually to ensure our drivers can deliver to the right address,” says Nat.

But he also believes that these challenges will only strengthen Deliveree in the long run.

“We might feel the pain now, but once we manage to sail through these basic challenges, we know that we will be ready to expand to other cities in Indonesia,” he declares. Despite Indonesia taking up a lot of its time, Deliveree does not intend to stop there and is eyeing the regional market. About two weeks ago, it expanded to Manila in the Philippines.

The Philippines shares one pain point with Indonesia: The logistics cost is high, up to 18% of sales, according to Nat (pic). According to the World Bank, the country’s logistics market is worth US$29.2 billion.

Currently, the startup has 35 people in its Manila office, and has registered 6,500 downloads of its app in the new market.

Deliveree is also looking to expand into Malaysia and Vietnam starting next year, according to Nat, although he declines to elaborate.

“Hopefully we can secure our Series A funding early next year, and we can start looking at other countries to expand into, but Malaysia and Vietnam are in the pipeline,” he says.

Pos Logistics’ digital transformation: You will not believe some of its issues 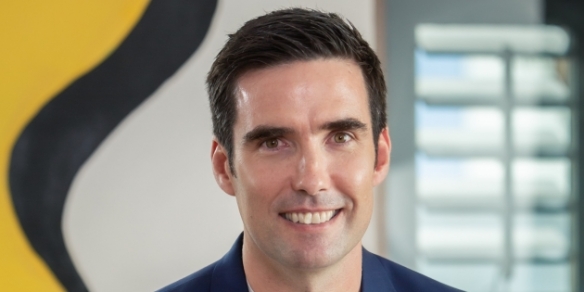