TEAM Flash, a Southeast Asian e-sports organisation headquartered in Singapore, has secured US$1.5 million (RM6.32 million) for its first seed round. The entire round was led by a Singapore-based family office, Octava, which has recently included e-sports as one of its investment verticals.

The new funds will be used mainly for international expansion and to secure Team Flash’s market leadership in Vietnam, where the company is already seen as the top e-sports organisation in the country.

Additionally, the funding will enable Team Flash to continue recruiting the best e-sports players and content creators across the region, focus on bringing in brand sponsorships and media partners, as well as launching a dedicated merchandising arm later this year. Team Flash chief executive officer Terence Ting (pic, right), said: “With the rise of e-sports over the past decade, Southeast Asia has seen significant growth despite traditionally lagging behind our international counterparts due to a lack of capital investment and infrastructure. Our objective has always been to showcase talent from our region on the international stage and build a proper career path for our players.

“We are especially excited to announce the collaboration with this group of strategic investors who will greatly facilitate Team Flash’s sprint towards this vision to bring e-sports further into the mainstream. Our goal is to establish Team Flash as an international e-sports organisation in the next 12 months, alongside our dedicated team members across the region,” added Ting.

The same team also represented Vietnam at the inaugural Asian Games showcase in Jakarta last year. It’s League of Legends team has also progressed to the finals of the Vietnam domestic league, on course to qualify for the LOL Worlds Championship 2019 in Berlin which had a total prize pool of US$6.4 million (RM26.96 million) last year.

Octava investment director Tan Ting Yong, said: “Southeast Asia has the fastest-growing e-sports demographic in the world and is at the cross-section of powerful trends like social connections and digital consumption of video. Looking ahead, we believe teams will benefit from the structural growth of e-sports into a fully-fledged professional sport. Team Flash is well-positioned in the region to do this, given their record of excellence and community outreach programmes.”

Founded in October 2017 by Ting and Samson Oh, Team Flash has gone from strength-to-strength in the last 12 months. It previously announced a one-year exclusive streaming rights deal with NimoTV in 2018, and also recently secured a sponsorship deal with Singaporean nutrition company Fitlion with more commercial and strategic partnerships scheduled to be disclosed in the coming months.

The e-sports organisation also announced a talent development partnership with the Singapore Sports Hub, reported in March earlier this year.

Other private investors before this fundraising round include regional sports marketing agency, Reddentes Sports. Their experience in sports and media includes securing distribution rights to the Tokyo 2020 Paralympic Games, English League Championships and Carabao Cup amongst others. 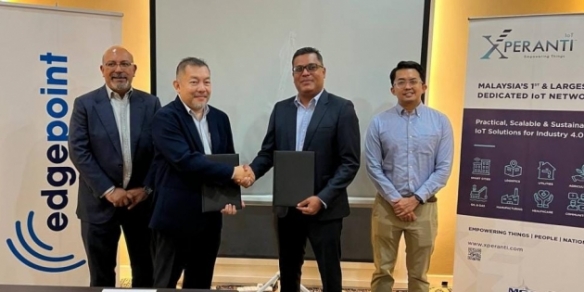