[An earlier version had the wrong captions, identifying the executives. The error is regretted.]

Sunway Group, one of Malaysia’s largest conglomerates and Kejora Capital, a leading venture capital (VC) firm, has launched the US$25 million (RM104.5mil) Orbit Malaysia fund. This is the first time a Malaysian conglomerate, in partnership with a leading VC firm from Indonesia, formed a fund with Malaysia Venture Capital Management Bhad (MAVCAP) as anchor investor.

Orbit Malaysia will actively invest in Series A, industry-leading companies operating in the FinTech, AgriTech, eCommerce, EdTech and HealthTech sectors, and will invest not only in Malaysian startups, but also significantly in other high-growth Southeast Asian startups. These companies will be able to tap into Sunway’s various business divisions ranging from property, healthcare, education, retail, and digital as well as Kejora’s digital ecosystem. There is also a strategic angle of “Jakarta Express” to help Malaysian startups and investors capitalise on the high growth Indonesia market via Kejora.

Orbit Malaysia will be led by Raymond Hor who will be overseeing the fund as Fund Director. In his role, Raymond will leverage on the vast network of seasoned business leaders and multi-sector industry experts from Sunway and Kejora Capital to help early-stage Malaysian and Southeast Asian companies expand their market base through regional expansion.

“Malaysia is home to a fast-growing and vibrant startup ecosystem, and there is great potential for Malaysian companies to become Southeast Asia’s next unicorn. With a proven track record in the region and combined cross-border ecosystem, we are confident of replicating our success to empower Malaysian companies to scale rapidly throughout Southeast Asia and beyond,” says Raymond.

According to Statista, Private Equity and Venture Capital firms invested more than US$5.9 billion (RM24.6 billion) in Malaysian startups between 2014 and 2020. A young, digitally savvy population, coupled with growing adoption of technology, are seen as key drivers of the digital economy in the country, which in turn has prompted investors to eye potential growth opportunities within different industries.

“With Orbit Malaysia, we are excited to continue investing in Southeast Asia’s best startups and to help boost Malaysia’s ecosystem by providing companies with added value beyond just capital. 2021 marks Kejora Capital’s 8th anniversary, and as we embark on our next stage of growth, we remain committed to helping companies become dominant market players and equipping them with the necessary tools to fast-track their market entry regionally,” said Andy Zain, Managing Partner of Kejora Capital.

“We are excited to launch Orbit Malaysia as an extension of Sunway’s unique innovation ecosystem and startup funding funnel. We share the same mission as Kejora Capital to invest in category leading startups, and at the same time create real social and sustainable impact. Kejora has shown strong track records in their various funds as well as contribution to social impact. With the backing from our anchored limited partner, Mavcap, Sunway and Kejora can definitely replicate such performance here in Malaysia,” says Matthijs (Matt) van Leeuwen, Group Chief Innovation Officer of Sunway Group.

“Malaysia’s startup ecosystem is on the rise and through Orbit Malaysia, a public-private partnership, we hope that we can strengthen the country’s entrepreneurial excellence, make a difference in the local startup ecosystem, and provide a regional and global platform to showcase their innovation and technological advancement. MAVCAP will continue to work together with the private sector, locally and internationally, to support national aspiration on innovation and spurring the digital economy,” added Shahril Anas, CEO of Mavcap.

According to data from Preqin, an alternative assets data source provider, Kejora Capital is ranked as the top performing funds for two years in a row. To date, Kejora Capital has over US$600 million in assets under management (AUM) with 38 portfolios across eight years of existence, birthing four unicorn exits.

Alongside Orbit Malaysia’s current active investments, Kejora Capital has previously invested in a large portfolio of startups in Southeast Asia across a range of industries. These include Indonesian FinTech lender, Kredivo, which was recently minted as one of Southeast Asia’s newest unicorns in 2021; Malaysia-based drone-based solutions provider Aerodyne Group; Indonesian delivery startup Sicepat Express, which raised US$170 million in its Series B funding round in March this year.

“As the leading venture capital firm in Southeast Asia, we maintain collaborative relationships with government and some of the region’s largest family offices and corporations. Both MAVCAP and Sunway Group have shown consistent support to the Malaysian startup ecosystem in the past. Leveraging on this network, we are confident that Orbit Malaysia can provide Malaysian companies with the opportunity to cultivate partnerships, and unlock cross-border collaborative opportunities to succeed,” added Andy. 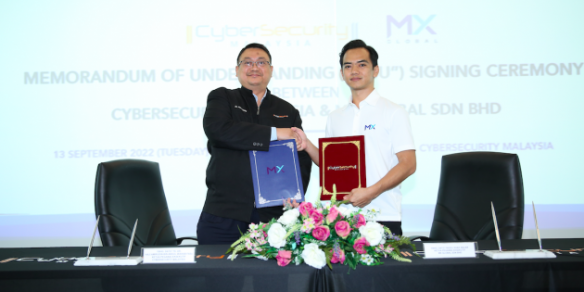