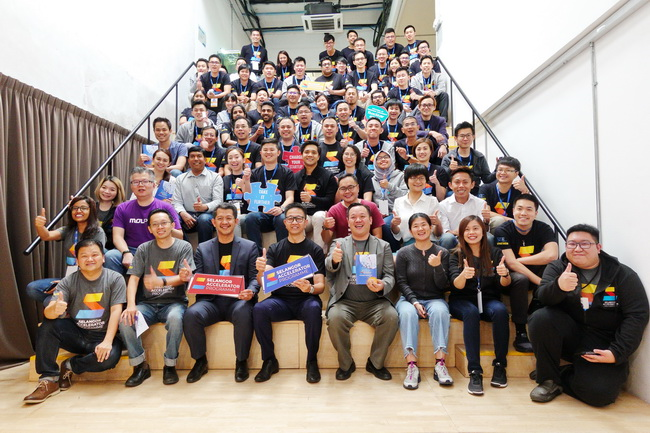 EVERY global startup accelerator launched in Malaysia has had a Silicon Valley link. That is until the Selangor State Government partnered with TusStar from China in March this year.

If the name doesn’t ring a bell, that’s not surprising as it is not a known name in accelerator circles. Yet, it is a major force in China, being one of the largest incubators there, boasting a network of more than 100 incubators and having incubated more than 5,000 startups in China alone with almost 50 going on to become listed companies.

TusStar has also launched accelerator programmes in the United States, Australia, Canada, Switzerland, Egypt and Italy. And now, thanks to its partnership with Selangor state, 30 startups have qualified for the inaugural Selangor Accelerator Programme 2018 (SAP2018) and begin a four month period of mentorship, learning sessions, pitching clinics and field trips. TusStar is organised by the Selangor Information Technology and E-Commerce Council (Sitec). The introduction of the 30 startups chosen on Fri, April 27 was followed by a 60-sec elevator pitch by all 30 startups.

From the 30 startups, the top 10 will get to visit China’s Tsinghua University in July and have a chance to pitch and network in Beijing and Hangzhou, considered the hallowed grounds of e-commerce in China. “The strong support of innovators by the local government mirrors that of China in the early days. As the market in China is very mature now, we can bring our experiences and resources to Malaysia to help entrepreneurs here,” says Chan.

TusPark Business Incubator Co. Ltd investment director Pan Zhuo adds that entrepreneurs can leverage on their training to familiarise themselves with the Chinese market.

“We will assist startups in familiarising themselves with government policies, recruit people and we have many research and development centres for them to do research,” she says.

Not surprisingly, as an entity that invests in early stage startups, the people behind the company are the critical asset Zhou looks at. “As we look into many early stage startups, many may only have a prototype or an idea. As such, the quality of founder and team is very important as we want to see those who are dedicated and passionate while showing good leadership.”

Meanwhile, expansion plans are already in the works. Chan shares that the incubator is in discussions to plan additional incubators in Johor Bahru and Singapore to be held sometime in 2018.

“We hope that this working relationship will further bolster the dynamic relationship China has with Selangor and we look forward to hosting SAP2018’s cream of the crop at Tsinghua University in July,” adds Chan.

Meanwhile Sitec chief executive Yong Kai Ping feels that the overseas field trip will allow local startups to compete and learn from the best. He adds that the next Selangor Accelerator Programme will hone in on Industrial Revolution 4.0 with a keen focus on Artificial Intelligence and Blockchain technology.

The trip to China aside, the top 5 startups from the programme will also automatically qualify to pitch during the Selangor International Pitch as part of the Selangor Smart City & Digital Economy Convention on Sept 14 with a total US$25,466 (RM100,000) in prize money.