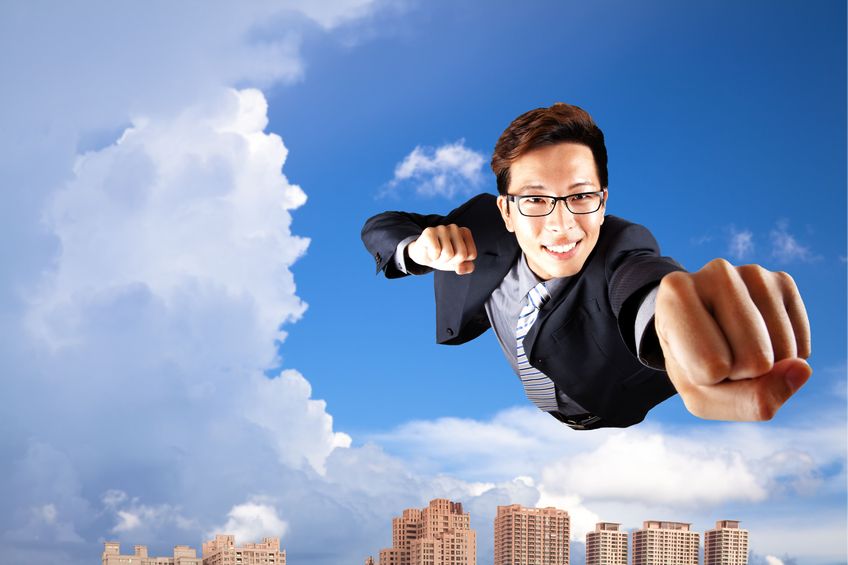 THE South-East Asian startup scene is certainly booming but venture capitalists (VCs) in the region are just not keeping up, according to a report by Google Inc and Temasek Holdings.

Their e-conomy SEA 2016 report lists 7,000 startups in South-East Asia, 80% of them located in Singapore, Indonesia and Vietnam.

“The total amount of VC funding in South-East Asia was US$1.1 billion in 2015 – 10 times the amount we had four years ago, with the inflection point being 2013 when there was a significant step-up in investments in Asia.

“From a growth perspective that’s fantastic, but keep in mind that this figure is one-fourth the amount raised in Israel alone last year, and less than one-fifth the amount invested in India,” he added.

Singapore companies got the bulk (72%) of the US$1.1-billion VC funding, with 16% going to Indonesian startups, Rohit said at an event presenting the findings.

“If you looked at the number of deals, it looks more balanced, with 37% in Singapore and 47% in Indonesia.

“Clearly the reason why Singapore has the largest share of investments is because some of the largest companies in the region are based out of Singapore, where they have easier access to capital,” he added. But VC funding remains a major challenge in the region’s startup ecosystem, according to the e-conomy SEA 2016 report.

This is “exacerbated by the fact that almost all exits in South-East Asia have been via M&As (mergers and acquisitions),” said Rohit.

“M&As have always been unpredictable – if we could have more companies that successfully manage to list, investors would see IPOs (initial public offerings) as an equally attractive alternative for exits, and that itself would attract much more capital into the region,” he added.

While the US$1.1 billion in VC funding may look like a big figure, the distribution leaves much to be desired, according to Rohit.

Two investments alone accounted for 40% of total investment in the region: PropertyGuru (US$129 million) and Grab (US$350 million), both based out of Singapore.

Grab, previously known as GrabTaxi, was actually a Malaysian-founded startup that moved its headquarters to Singapore.

“Five investments made up 65% of capital investments in the region – Grab, PropertyGuru, Trikomsel, Qoo10 and iCarsClub),” said Rohit.

“Clearly the larger, more successful companies have no trouble raising capital, but this is an issue for earlier stage companies.

“Of the 7,000 startups [in South-East Asia], fewer than a thousand have received external funding of any kind, and of the thousand, less than half can get any funding beyond seed.

“To be fair, three years ago, the situation was much worse – startups couldn’t even get Series A or B funding, which was known as the ‘valley of death’ since no capital was available beyond the seed stage in South-East Asia,” he added.

Series A and B funding has been on the rise, hitting US$340 million in 2015, but this “still has a long way to go, although it is moving in the right direction,” said Rohit.

The good news is also that South-East Asia has also given birth to four unicorns or startups with valuations in excess of US$1 billion – Garena, Grab, Lazada and Razer – all based out of Singapore.

“As we get more successes, we will attract more capital to the region,” said Rohit.

“What’s more interesting are those companies that are worth US$100 million, which we call centaurs.

“While there are 12 centaurs in Singapore, Indonesia has as many as seven and every market has a couple.

“This is very exciting and we hope to see more companies come into that form,” he added.

But the bad news is that South-East Asia is not getting its fair share of investments relative to the size of its economy or gross domestic product (GDP).

“It’s a large number, but as you see more success stories and opportunities in this space playing out, it is something very doable,” he added. 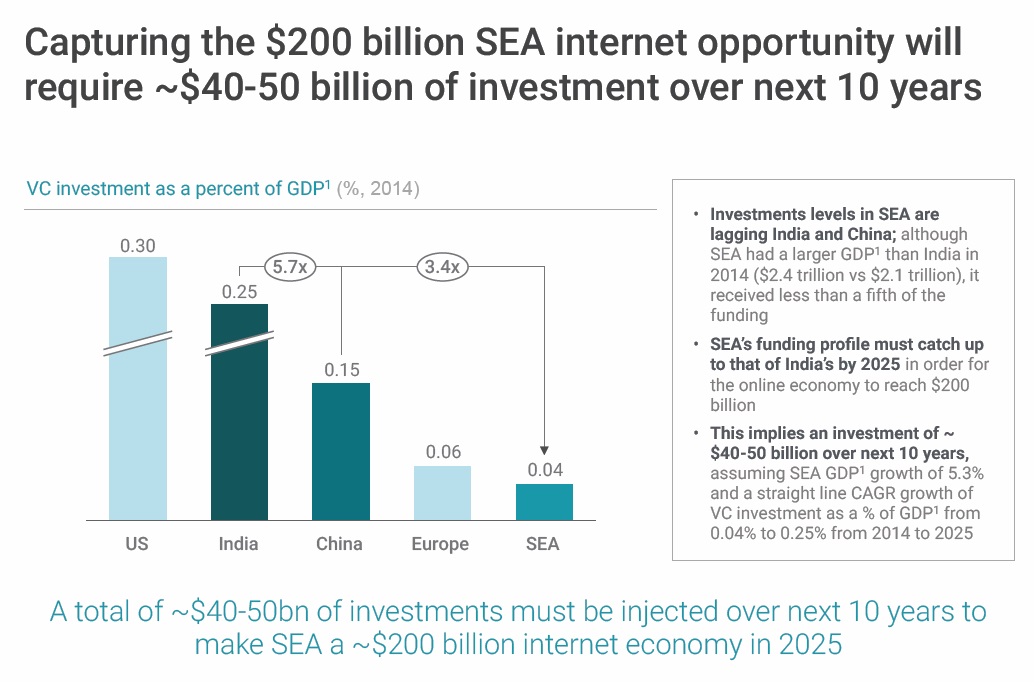 Next Page: Wait, what’s keeping us back?